Some students knew Kent State was their calling since middle school. Others were enchanted by the beautiful campus or impressed by prestigious academic programs.

But all 4,251 students in the Kent State University Class of 2026 can now call Kent State home — and each of their stories is as unique as their class.

The Class of 2026 shines bright academically, with 54% boasting a GPA of 3.5 or higher and a record-setting one in seven students being members of the Honors College.

A record 19% of freshmen are from underrepresented groups, which includes African American, Hispanic, Native American and multiracial students, and nearly 34% are the first in their family to attend college.

So, who are the students behind these numbers? We sat down with a few freshmen to tell us all about their journey to Kent State and to send themselves a message for 2026. 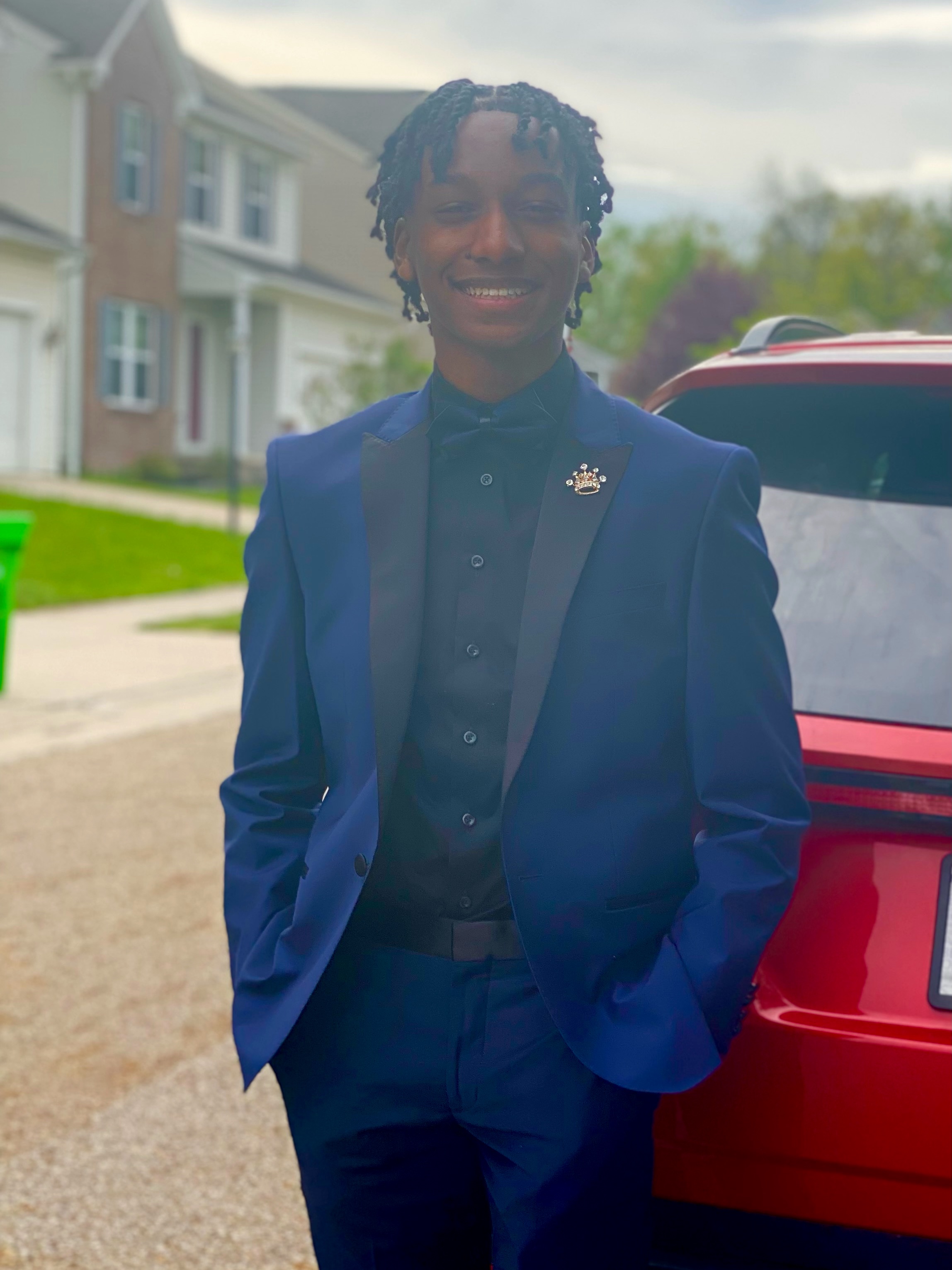 Growing up, Jeremiah always knew he wanted to help people, but never knew which avenue to take. After discovering the importance of therapy, he knew psychology was the path for him, and Kent State would help get him there.

While on a visit to the Kent Campus with his parents, Jeremiah felt the excitement and energy of campus and saw that his parents felt the same way.

"We talked the whole time during our tour about how amazing this school was," he said. "They both told me how I would really thrive here. I think that was a heavy push toward me going to this school."

Now that Jeremiah is a full-fledged Golden Flash, he is excited to begin his journey in becoming a therapist.

Jeremiah's message to himself in 2026 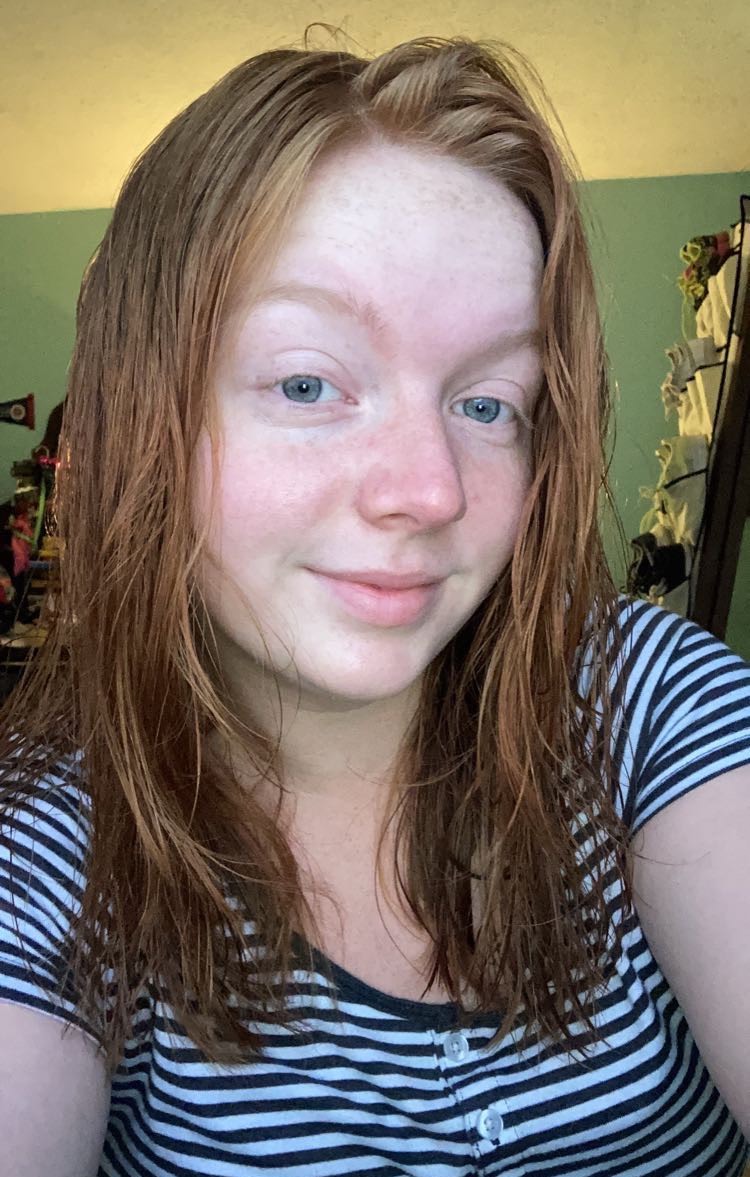 Hailing from the quaint village of Danville, Ohio, Kaitlynn is excited to be part of a bustling campus that is home to thousands of new friends, peers and colleagues. She says, "I am most excited about truly challenging myself as a person and meeting new people. I am from a village so being able to have an opportunity like this one is unheard of."

Among the many reasons why Kaitlynn chose Kent State, she said she felt safe on campus and appreciated how frequently Kent State kept in touch with her throughout the admissions process.

Having a best friend as an influence certainly swayed her decision as well!

"My best friend convinced me to go here," she said. "She wanted to attend here since we were juniors in high school and once she heard that I applied and got accepted, we decided to go on a tour together and I just fell in love!"

Looking to reach new heights academically, Kaitlynn is excited to begin the exercise science program so she can fulfill her dream of being a physical therapist.

Kaitlynn's message to herself in 2026

“Dear Kaitlynn, I hope you have learned more about who you are and who you want to become. There are many feats that you have gone through to even get to getting your degree, but the adventure is not over! Make sure you go above and beyond in all you do, and stay smart.” 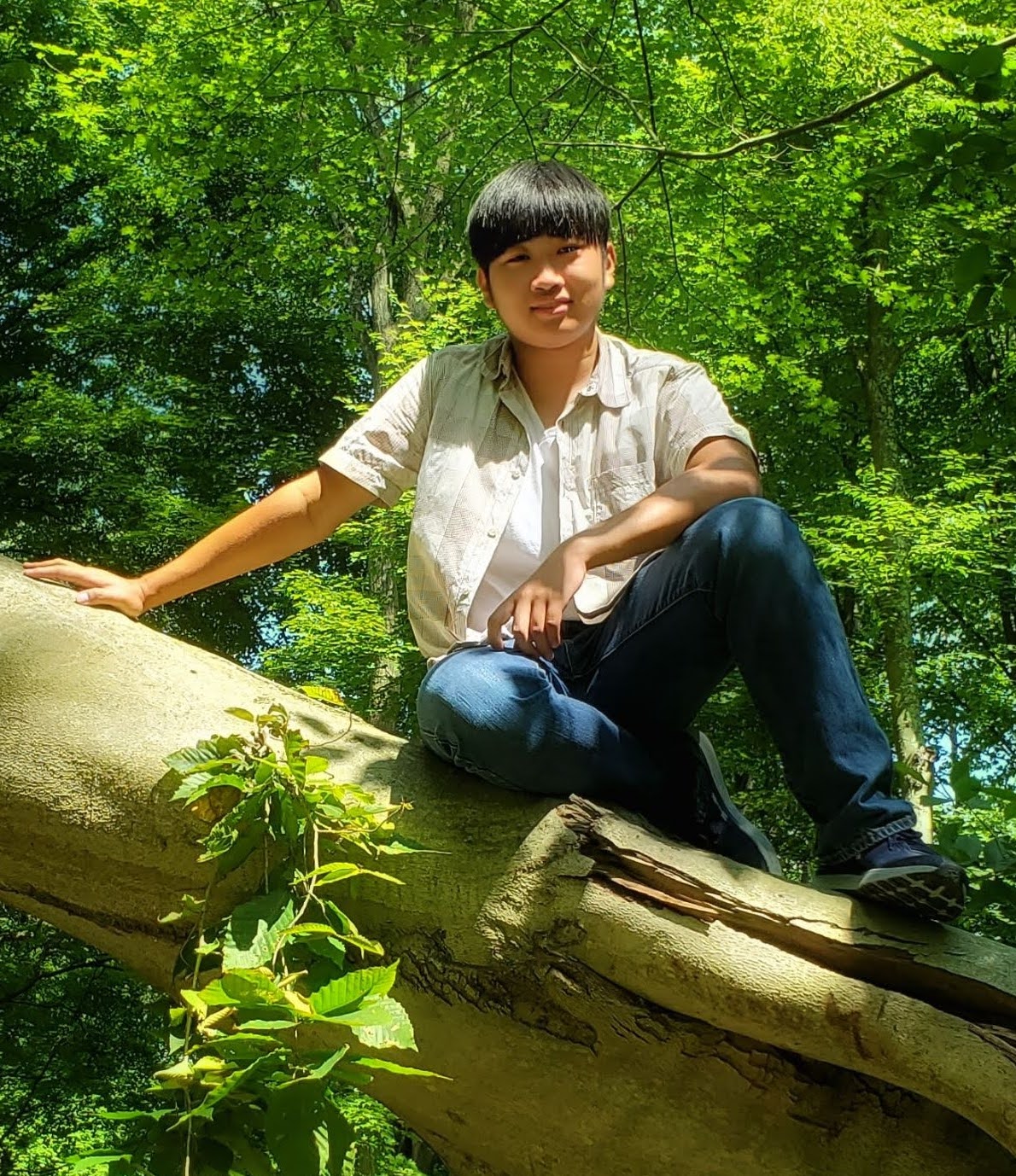 Major: Architecture with a minor in Photography

Edison Chen was not about to let the 90 miles between his hometown of Hopewell, Pennsylvania, and Kent State deter him from attending KSU's prestigious architecture program. He chose Kent State specifically for his program's reputation.

"I chose Kent State because of the reputation it has for its architecture program. I like the atmosphere and loved all the things that people enrolled at Kent State told me about. Kent State made me feel at home and that was something very important to me when I decided to go."

Ever since he stepped onto a construction site and saw blueprints, he was sold. In high school, he began taking computer-aided design courses to strengthen his passion for building models and constructing houses.

As for his dream job?

"My dream job has to be me as a lead architect. The reason is simple. I love helping people build their dreams. If I can help someone plan the perfect house, then I also feel the satisfaction and happiness they get."

Edison's message to himself in 2026

“Happiness is not something you should postpone. It is something designed for the present. I want you to enjoy every moment of your life as the true journey has just begun.” 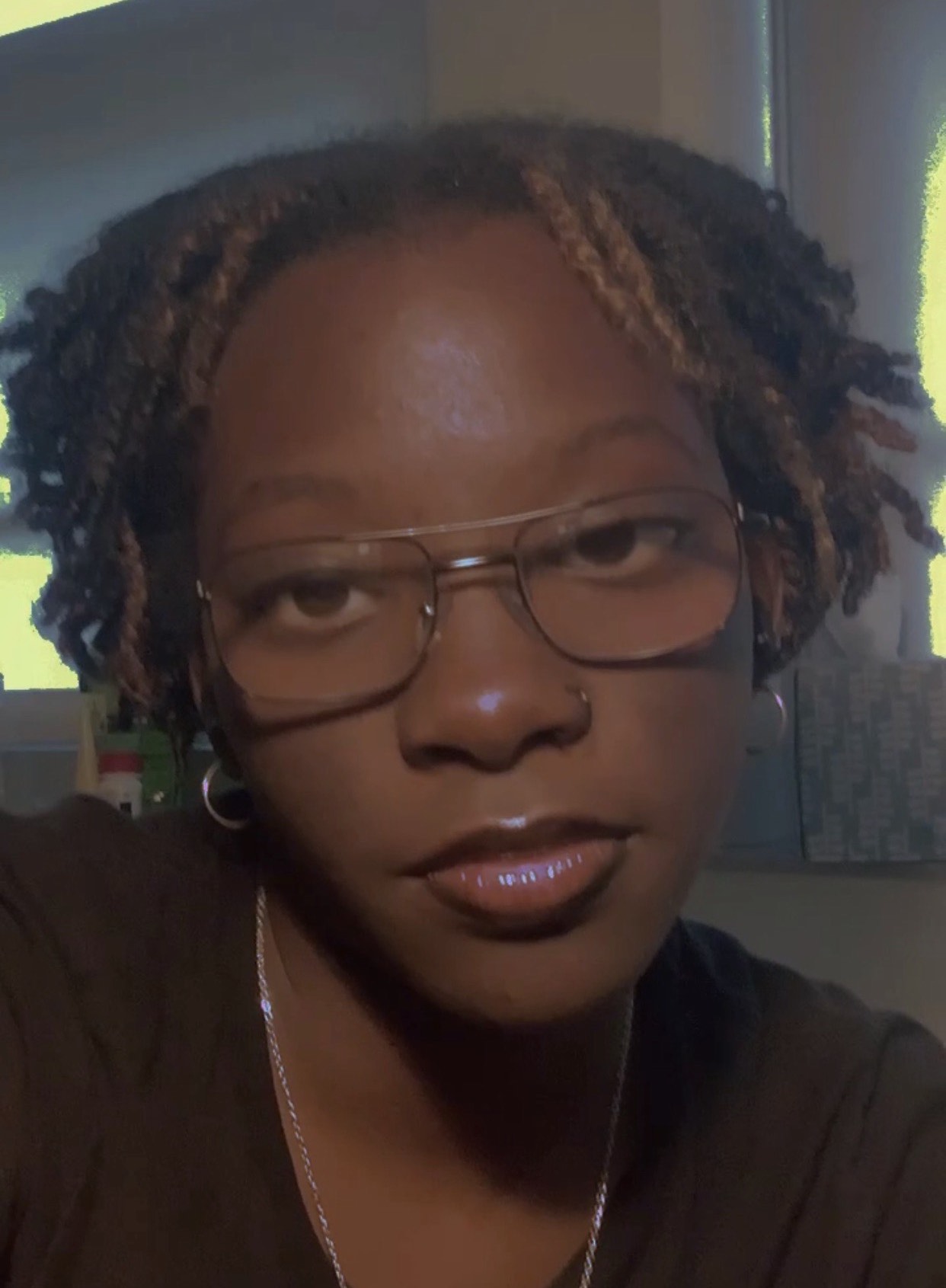 Ky'Aira's journey to Kent State started early. She knew it was where she belonged since middle school. She wasn't sure what to major in, but once she decided on the American sign language/English interpreting program, all the pieces fell into place.

"I was exposed to the language at a summer camp when I was 9 years old and always had a desire to learn it since then. But, I wasn't sure how to get the help I needed to know it. Then, when I applied to Kent State and saw that they offered ASL/EI as a major, my mind was set on Kent."

She credits two of her high school teachers, Mrs. Morgan-Stank and Mrs. Shelly-Brown, for giving her confidence in making her decision.

"I trust them both and their encouraging words supported my choice of university. Not only did they help me in the confidence of my decision, but they also helped me get into the Bridges Summer Program here, as well as took me school shopping! Mrs. Morgan-Stank even drove me here."

Ky'Aira looks forward to pursuing her dream of interpreting, saying, "My dream job is to interpret in churches and at different sermon and fellowship events. Interestingly enough, I have a love for the word of God and things of that nature."

“Being a first-gen looks good on you.” 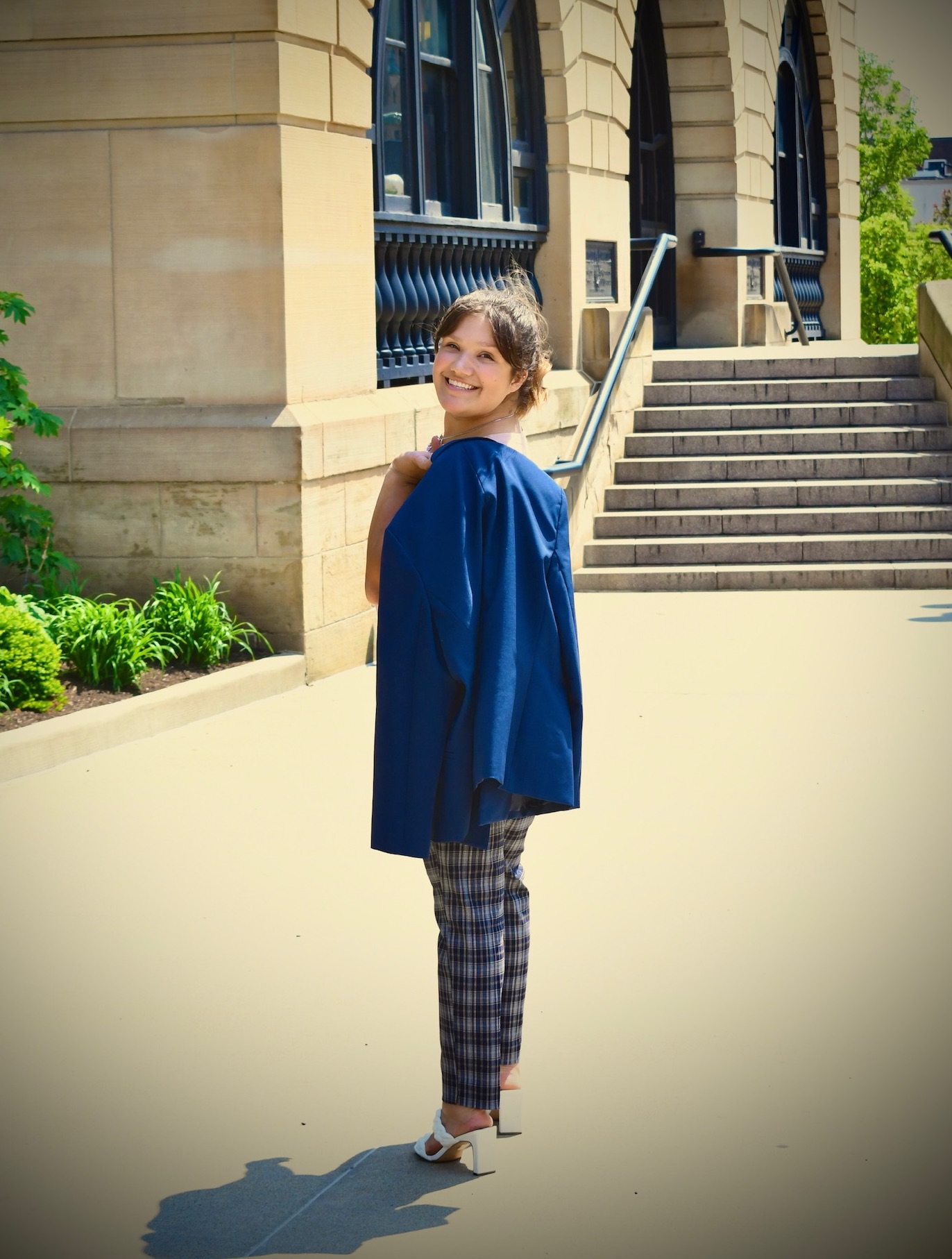 Major: Public Health with a minor in Political Science and Spanish

When Lauren dreams of a future career, she dreams big. As she should! With a major in public health and two minors in political science and Spanish, there is a world of opportunity at Kent State for Lauren.

She said instead of having a dream job at the moment, she has a dream plan. "I want to do work in some level of government right out of college," she said. "I plan on getting my master's and maybe even my Ph.D. later down the road. I also want to start a nonprofit so I can help lower-income communities get the same public health outreach."

With a large breadth of ambition, it is easy to see why she chose Kent State as her academic home. To her, making that decision was easy.

"I am a very indecisive person, however when it came to deciding on a college, I knew there was only one place for me: Kent State. Before I even set foot on the campus, it just felt like the place I was supposed to be."

Lauren's message to herself in 2026

I would definitely congratulate myself on not giving up and powering through the hard days. The next four years are not going to be easy, but I know that KSU will be here to help me through. 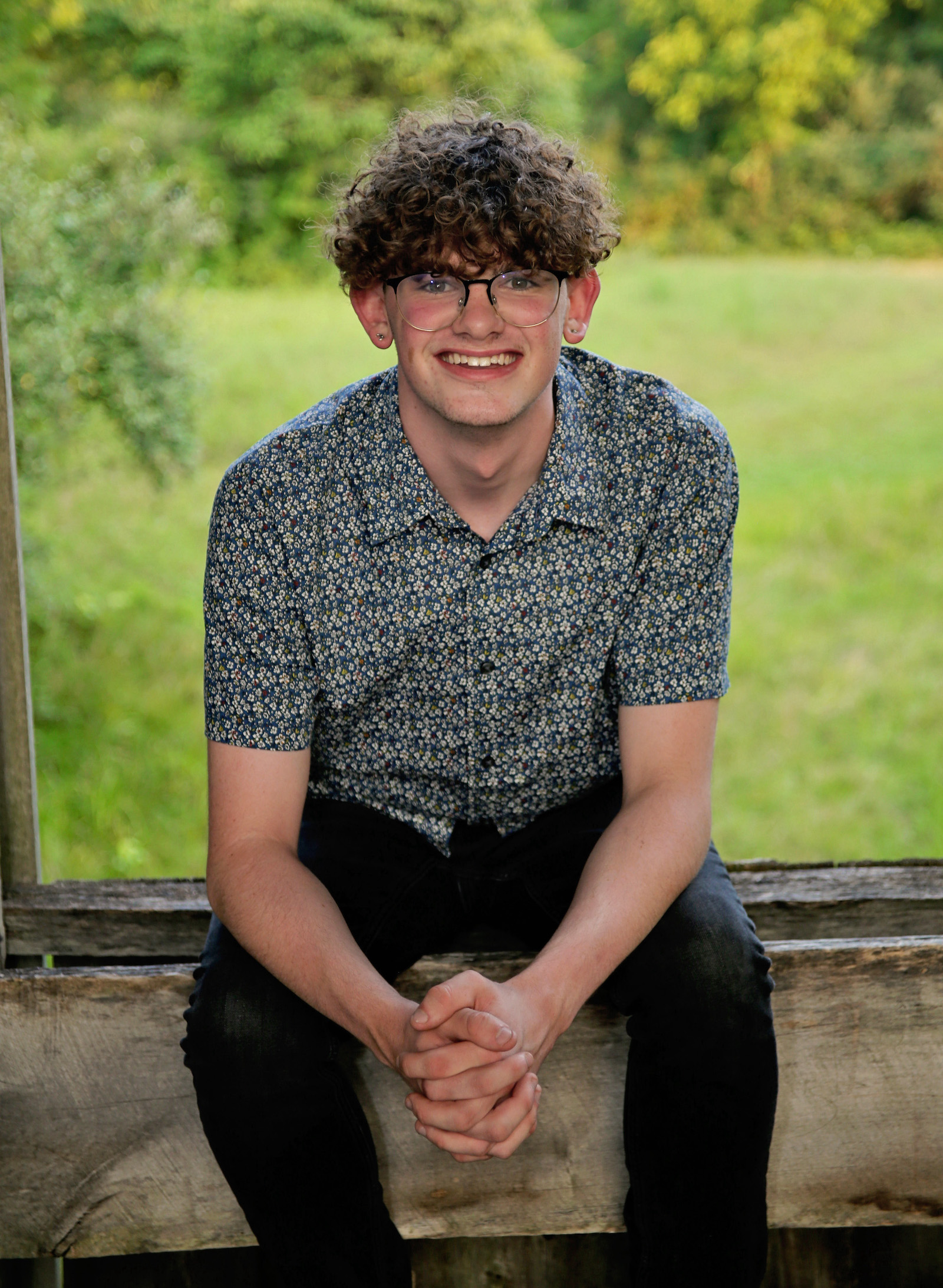 Major: Journalism with a minor in Photography

Elijah knew journalism was for him after attending a broadcast news class in high school. And, during a visit to Kent State, he immediately felt at home and was impressed by the student media opportunities.

"One thing that I am excited about is TV2. Out of all universities in Ohio, Kent State is the only one that actually focuses on student media programs. Kent also has so many different programs and clubs that are unique to Kent."

With so many opportunities to expand his journalistic portfolio, he is excited to reach his goal of becoming a traveling journalist.

"I think it would be so much fun and exhilarating to go to other countries and report about wars, events or celebrations, and learn more about different countries' cultures by being immersed in them."

Elijah's message to himself in 2026

"Whatever happened, you made it. Go and chase your dreams!" 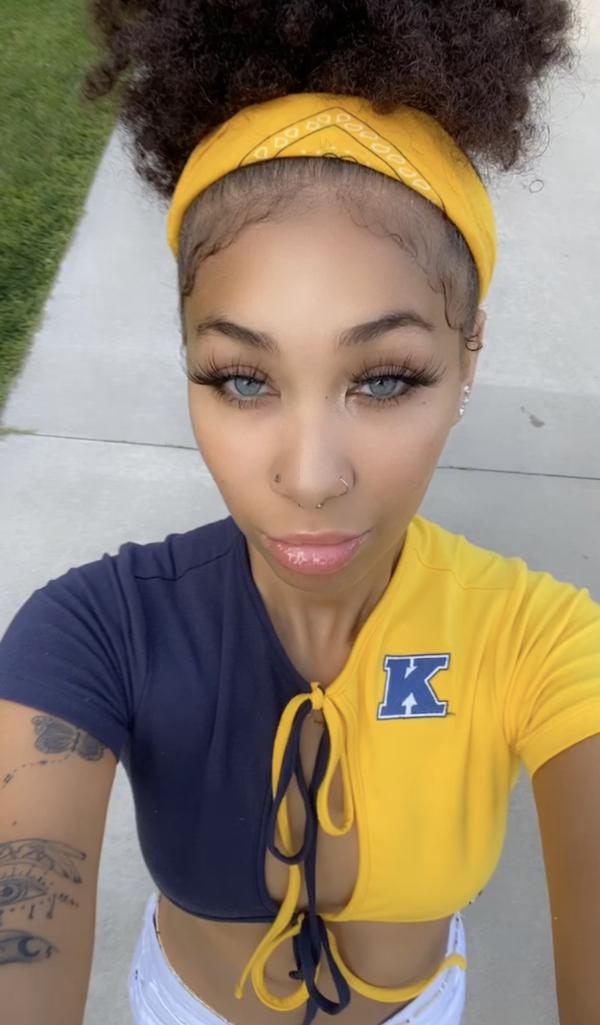 Ever since Morgan participated in a program on animal science and technology in high school, she knew working with animals was her calling in life.

"I adore animals as well as the medical field," she said. "The thought of being able to help and save these creatures is just mind blowing to me!"

Ever since stepping on campus, Morgan knew Kent State would be the university to help her reach her dream job of being a veterinarian. "I chose Kent State because I absolutely fell in love with the campus. I love the diversity here and I adore how many clubs and activities they have for students to participate in," she said.

After deciding on Kent State, Morgan needed to apply. She found support and guidance from her parents in helping her through the admissions process.

"My parents were most helpful when it comes to influencing me to attend Kent State. They helped me get all the information I needed, and helped me to step out of my shell and apply."

Morgan's message to herself in 2026

"Congratulations on graduation! I am so proud of you for all of the hard work these last four years!"