Dr. Norconk reports in from Suriname- follow along here!

The project I will be writing about in this blog emerged from my first research experience in eastern Suriname (South America) at the Brownsberg Nature Park (2003-2013). During that time, I worked mostly with KSU students, a number of whom received their MA’s or PhD’s in Biological Anthropology. I am grateful to Avis Anzelc, Ali Colavita, Tremie Gregory, Orin Neal, Nick Robl, Cyndie Thompson, and Ari Vreedzaam (a Surinamer) for their commitments to Brownsberg.

Brownsberg Nature Park, like many places in the tropics today, combines a problematical mixture of high biological diversity and rich mineral deposits. It has been a site for gold mining—most of it illegal—since the late 19th century, and the dream of making a quick fortune continues unabated today. Thus, I discovered that the old school of field primatology practiced in the 20th century, in which conservation could take a back seat to research, had ended. Having recently attended the 40th meeting of the American Society of Primatologists in Washington DC, I found that most current studies are being conducted in forest fragments or other disturbed habitats. The word “pristine,” long-touted as the ideal field situation, has largely left our vocabulary. Now we study how primates (including people) are responding to their new circumstances. 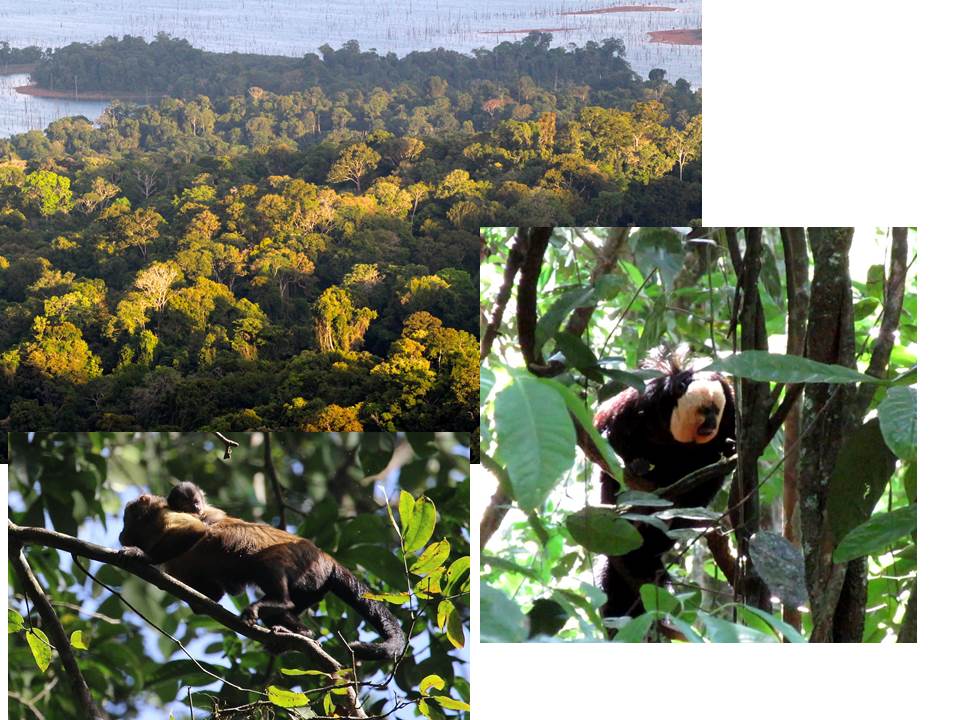 In 2013, with colleagues from Suriname and the U.S., we shifted from primarily research, to research and training of Surinamese students. We had always offered individual students from Anton de Kom University in Paramaribo, Suriname, with field research opportunities at Brownsberg, but we felt that we were not doing enough to expand pedagogical opportunities for local students. Former students, Cyndie Thompson (Grand Valley State University, MI), and Ari Vreedzaam (United Nations Development Program, Suriname & EnviroART), Sylvia Atsalis (U. Chicago, IL), Chantal Landburg (EnviroART, Suriname), and I collaborated and taught three annual workshops at Brownsberg. Sylvia and Cyndie conducted a professional development workshop in 2016. When I visited Suriname last year to teach a course in the MSc program at Anton de Kom University, I was struck by how much forest was being lost to urban expansion in northern Suriname.  This year we shifted our interests again. Our current focus is trying to curtail the rapid loss of forest fragments, sensitizing landowners to the importance of forests on their land, and trying to estimate the economic and esthetic value of these forests. 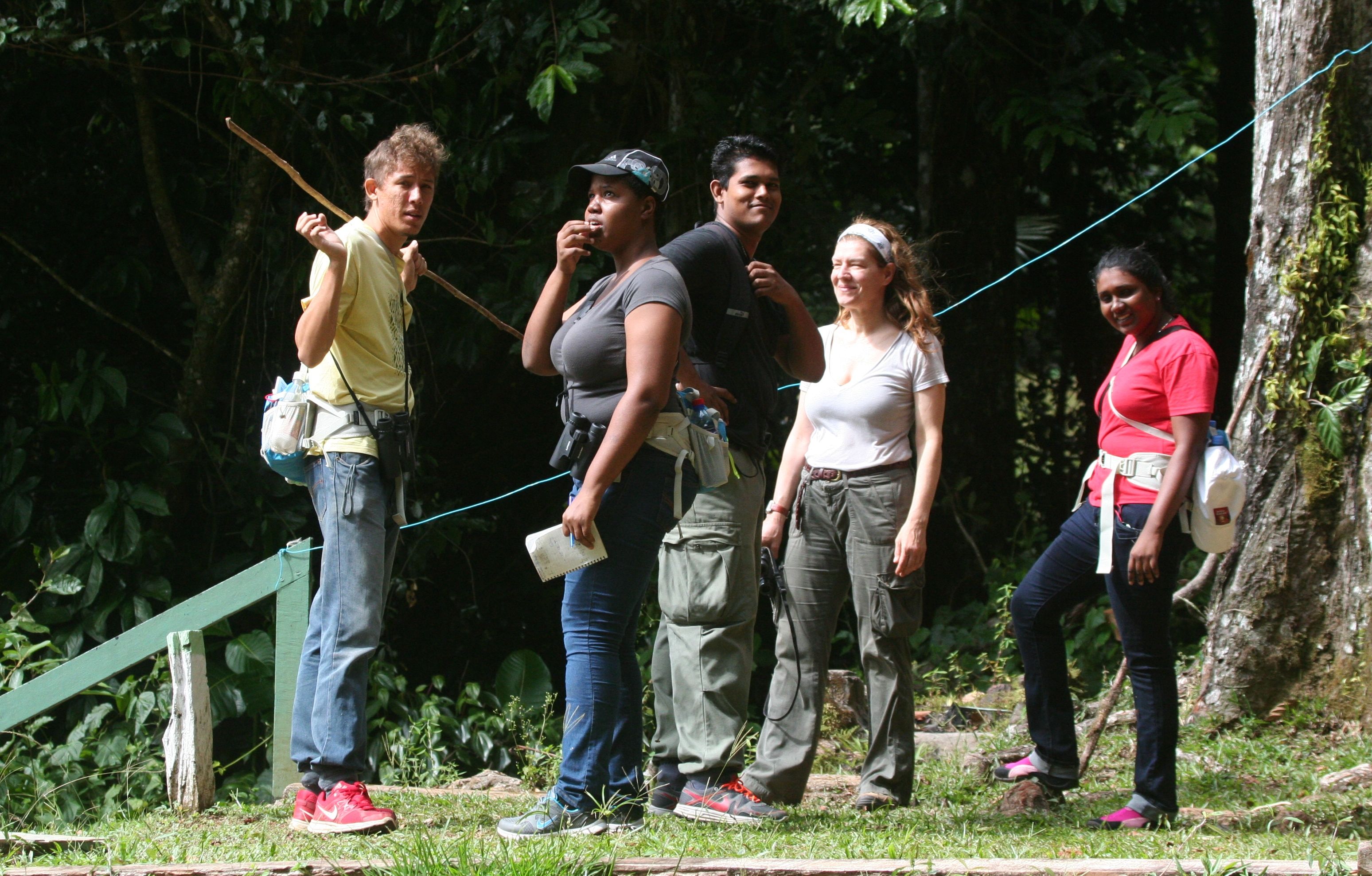 A Slight Digression – Where is Suriname?

Suriname is in South America!

In 1667, the British ceded Suriname to the Dutch in exchange for “New Amsterdam,” currently New York City.  Suriname remained a Dutch colony in northern South America from 1667 to 1975 when it became fully independent. It is a small tropical country on the soils of the ancient (Precambrian) Guiana Shield. The forests of Suriname and other Guiana Shield counties (French Guiana, Guyana, eastern Venezuela and northern Brazil) are distinctive from Amazonian forests, have a high occurrence of endemic species. Suriname is renowned for the high proportion of undisturbed tropical forest. About 0.5 million people live in Suriname and more than 70% live on the coast. Native Amerindians make up a small proportion of the population. Much of the cultural diversity of Suriname is due to its long plantation history. Over a period of 300 years, people from West Africa, Java, India, and China were brought by the Dutch West Indies Company to work on sugar, coffee, and cotton plantations, most often as slaves or indentured servants. 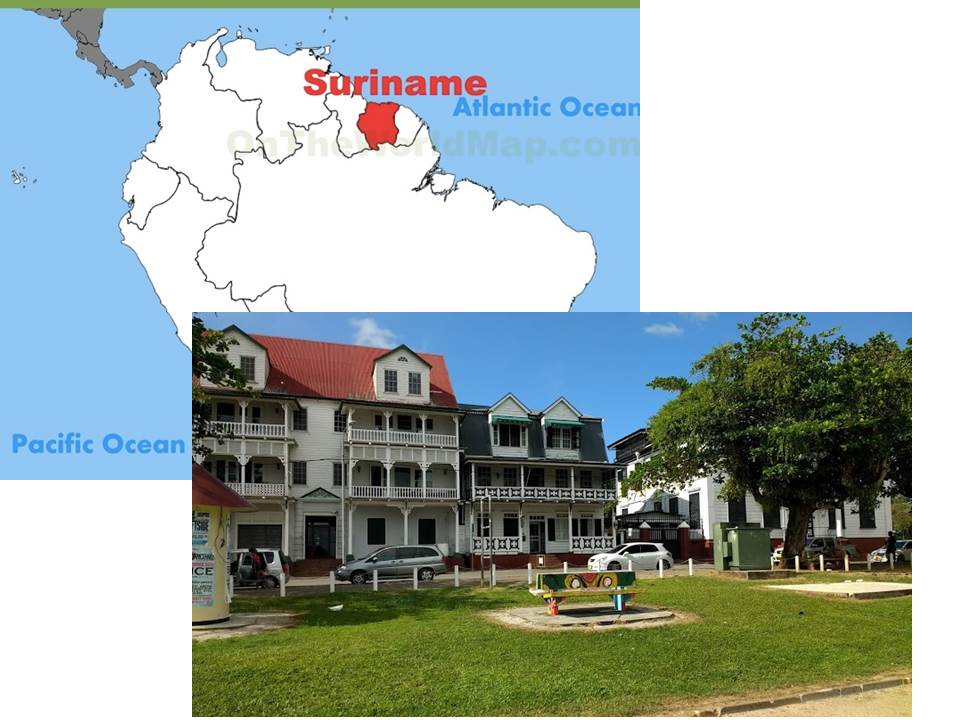 About a year ago, I applied for a Fulbright Scholar award with the fragment concept as my research focus. The grant was awarded and the project begun on 9/1/17. The first project goal is to determine the number, size, connectedness, and biodiversity of a sample of forest fragments in the Wanica District of Suriname. We chose that area because it still has considerable forest cover yet it has already been divided into hundreds of parcels. Further building is inevitable, thus there is considerable urgency to develop a plan to preserve some of the forests.  More and more people are moving out of the city to more rural locations. Wanica District has long been and still is mostly agricultural and pastureland (see below). The presence of forests is not incompatible with those activities, but we are concerned that large parcels will be divided up for housing. Thus, our second goal is to convey to farmers and ranchers the benefits or ecosystem services (e.g., pollinator biodiversity, pollution abatement, flood control, esthetics) of retaining forested land in large parcels. We hope to develop and promote a strategy to protect some of the larger parcels, with a view toward making sure that they are connected by forest that provides dispersal and foraging corridors for wildlife. 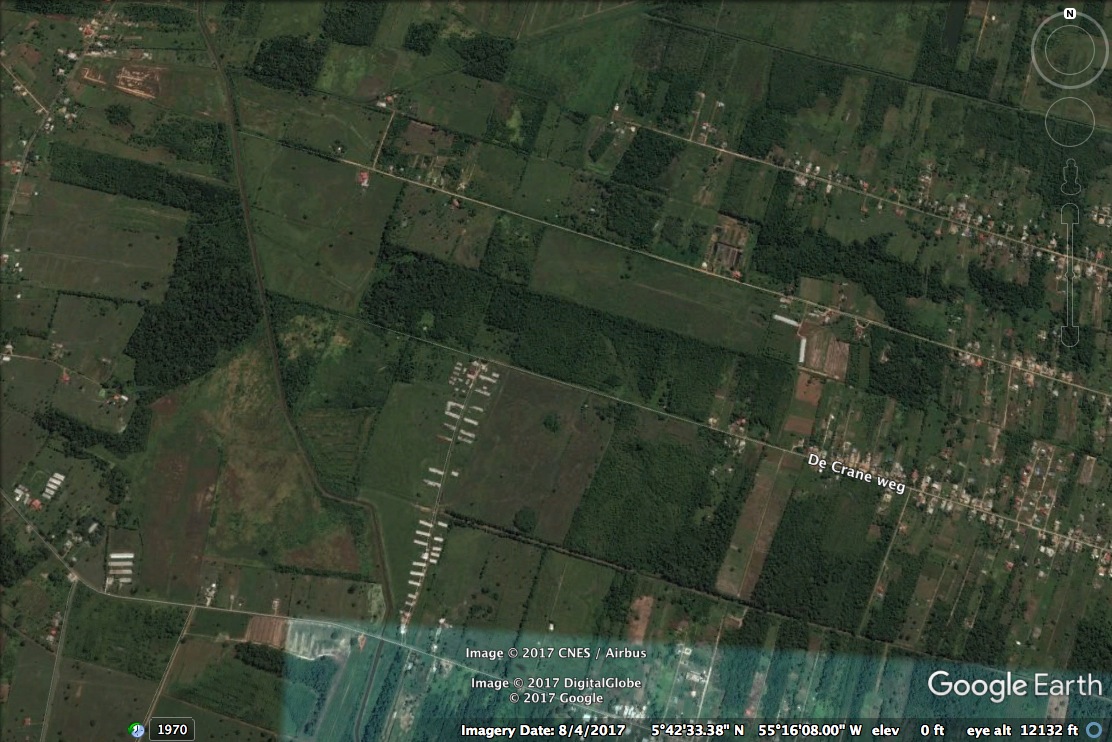 The project is funded by Fulbright U.S. Scholar Program, Council for International Exchange of Scholars (CIES),

Unless otherwise noted, all photos were taken by M. Norconk.