This past July I was fortunate enough to be one of the 10 students participating in the 2017 Summer Institute for Museum Anthropology (SIMA) at the Smithsonian Institution.  SIMA is an intensive four-week program in residency at the Smithsonian, which offers instruction from museum staff and visiting anthropologists, provides hands-on instruction for learning “how to look” at objects, and is tailored towards individual research projects.  The primary goal of the program is to offer students of cultural anthropology the tools and experience needed to work with museum collections as a source of data for ethnographic research.  I had assumed going into the program that I would be spending the majority of my time at the Natural History Museum; however this was not the case.  Instead, my time was spent primarily at the Museum Support Center (MSC) in Suitland, Maryland, where collections from the various departments of the Smithsonian are housed, researched, and conserved.  MSC is a sight in and of itself, the facility is composed of four “pods” each of which is a sealed, three story warehouse roughly the size of a football field. In addition to the collections stored in the pods, MSC also houses the National Anthropology Archives (NAA), a repository of photographs, films, manuscripts, and field notes ranging from the mid-19th century to today.  Lectures and workshops were held in the library at MSC, which allowed objects to be incorporated into lessons.  My daily routine was divided between instruction in the mornings, followed by individual research time in the afternoons.  During the afternoon, I divided my time between reading the accession record for the collection which ultimately became my research focus, and looking at the objects in storage while accompanied by one of the three interns who assisted with the program. As a way of completing the initial stage of my research I made a digital record of the accession file for future use, and browsed the collection in its entirety.  Students are not expected to complete their projects during SIMA, instead it is expected that during the four weeks students will refine their initial proposals and continue working on their projects during the following year. 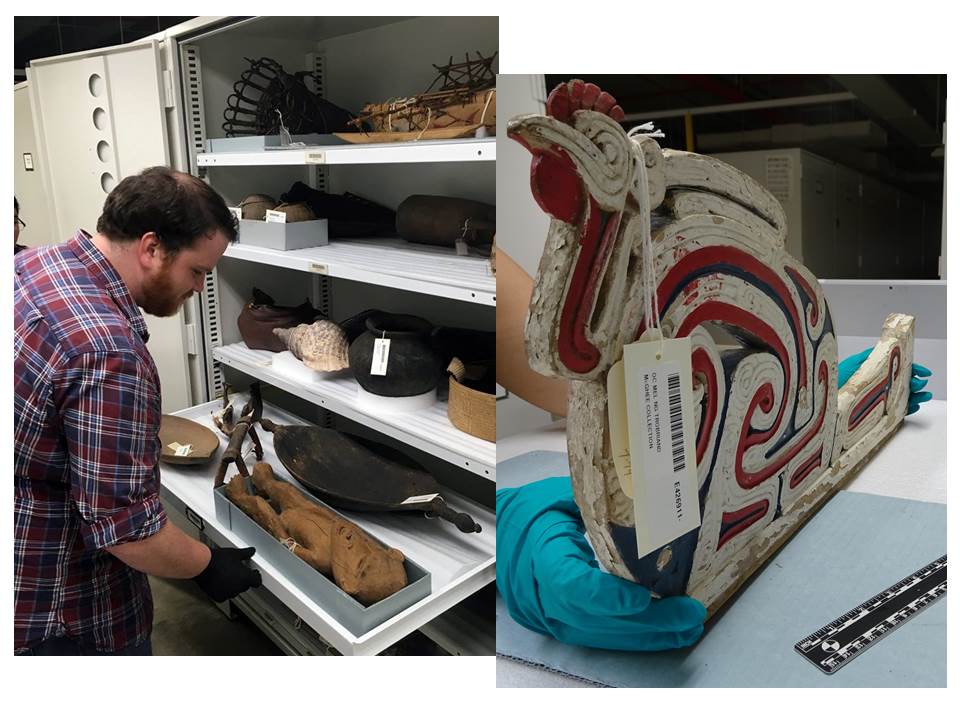 The flexible nature of the program facilitated the ability of students to change their research goals should the need arise.  I was skeptical at first that I would need to change my project, but alongside 5 fellow students my research focus shifted dramatically.  Initially, I went into the program with the intention of researching Melanesian stone tools with the goal of understanding the manufacture of traditional canoes.  This proved to be untenable for a number of reasons, most importantly was the lack of materials available which would be appropriate for such a research project.  Instead, my research turned towards one collection in particular, the George C McGhee Collection.  The collection is comprised of 464 objects which were purchased and collected during the 1970s by former US ambassador and Mobil Oil Director George McGhee.  Though all of the objects originate from Melanesia, over half of the collection is from the Sepik River.  The objects range in design from seemingly mundane personal adornments to sacred ancestral carvings, and range in size from something that can fit in the palm of your hand to a 16ft carved pole from a Haus Tambaran along the lower Sepik River.  This relatively short collection period combined with a fairly focused geographical origin makes the McGhee collection particularly interesting as a “snapshot” of the kinds of items which were made to circulated in both the tourist and art trade at the time.  Following the example of anthropological studies of expeditions, my goal is to describe the McGhee collection through a number of frameworks including: a biographical examination of the collector and his motivations for acquiring the objects, a network approach to the collecting process focusing on the various intermediaries involved, a systematic object-focused analysis of the collection and a comparative analysis of the McGhee collection with similar collections. I will be excited to see how much I am able to discover over the next several months, which at this point feels like the surface has only been scratched. 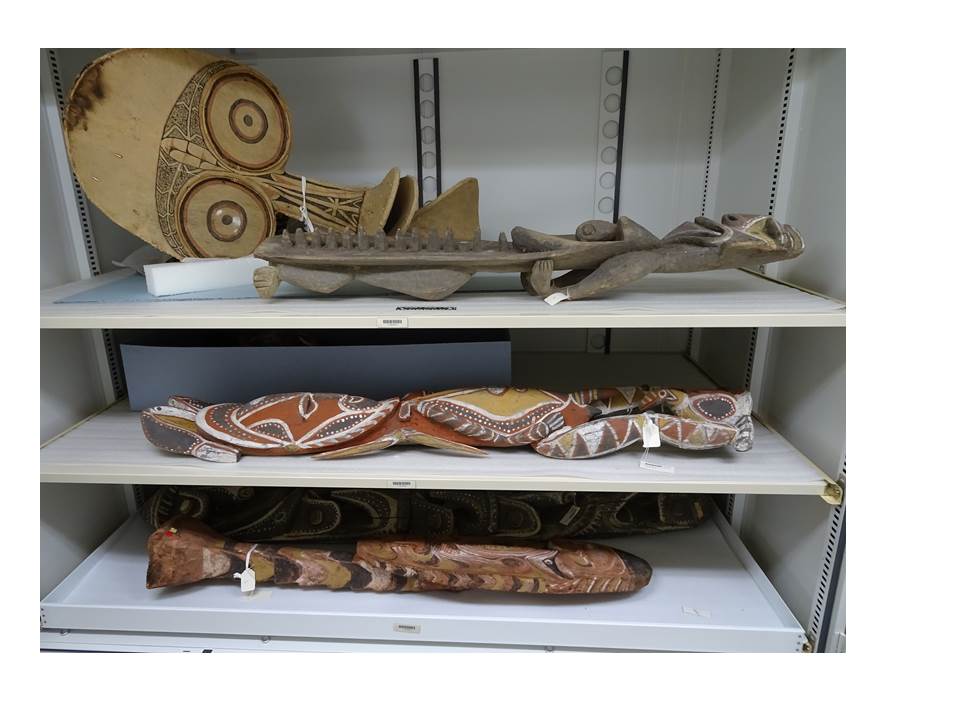