Students identified which two, of three, victims were “killed by Martin Harrington.”  Our names for them became Waldo and Wendy.  Waldo was thoroughly beat to death (trauma was especially severe on his head and chest) and Wendy was repeatedly stabbed in the thorax.  Students reasoned that Wendy and Waldo were likely in a romantic relationship, that Wendy’s pregnancy may have been a contributing factor to Martin’s rage.  It was not clear if Martin was also Wendy’s lover.  Opioid drug use may have been a factor the these killings – perhaps a drug deal gone bad? - because Martin had been a drug trafficker, and Waldo had a hypodermic syringe in his pocket. 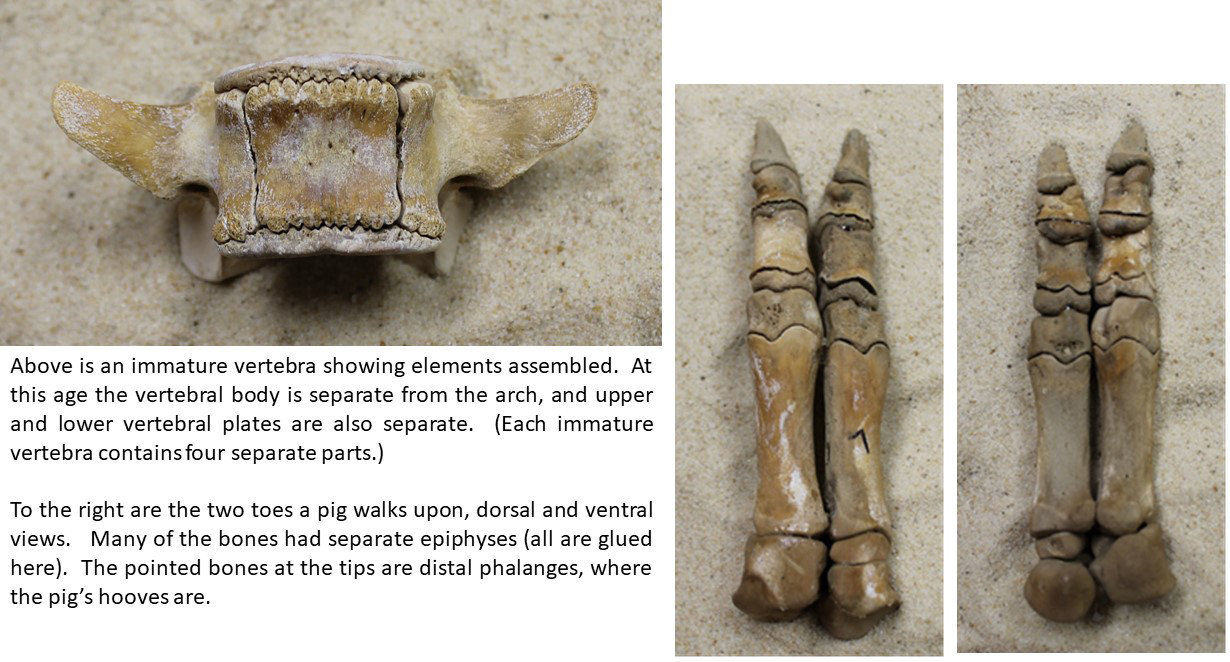 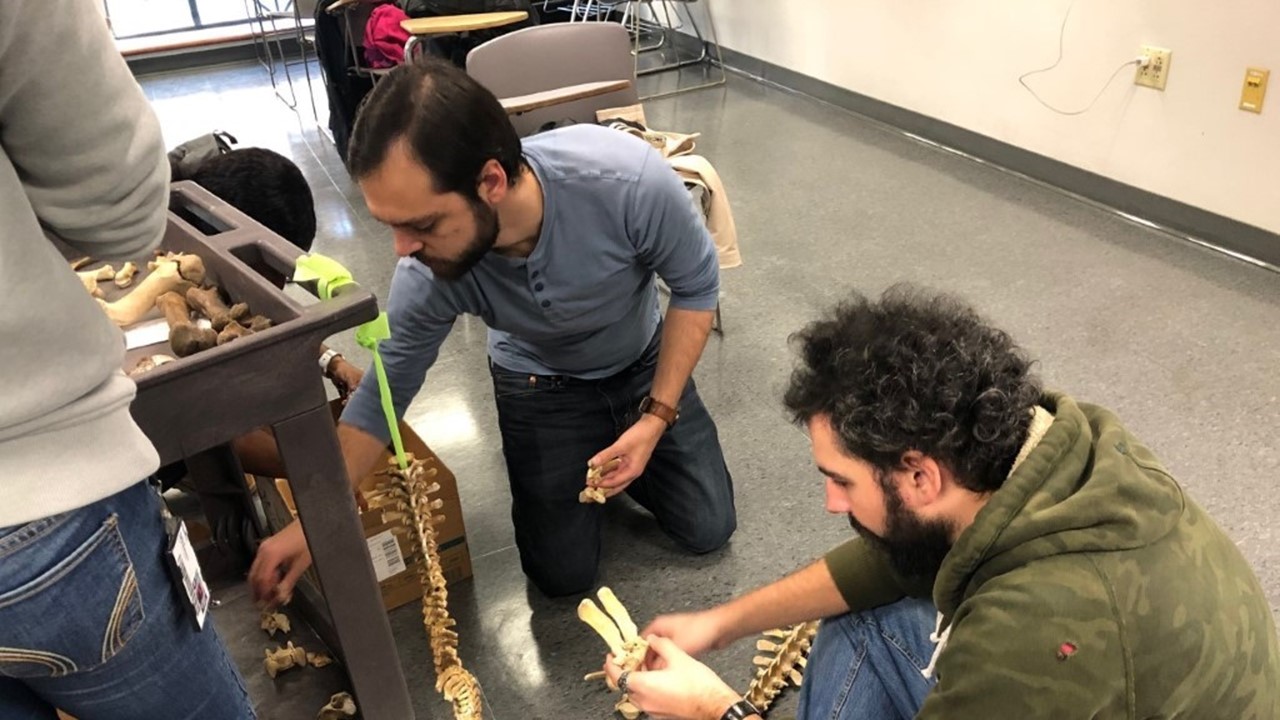 Clark, the ‘victim’ that was buried nearby was not related to the Harrington confession; he was someone who died accidentally and was buried to hide the fact of his death.

Lab work was fun for everyone.  Because the pigs were immature nearly every bone provided many ‘pieces of the puzzle’ that fit together. Elements came together beautifully, after tiny epiphyses were all glued properly. 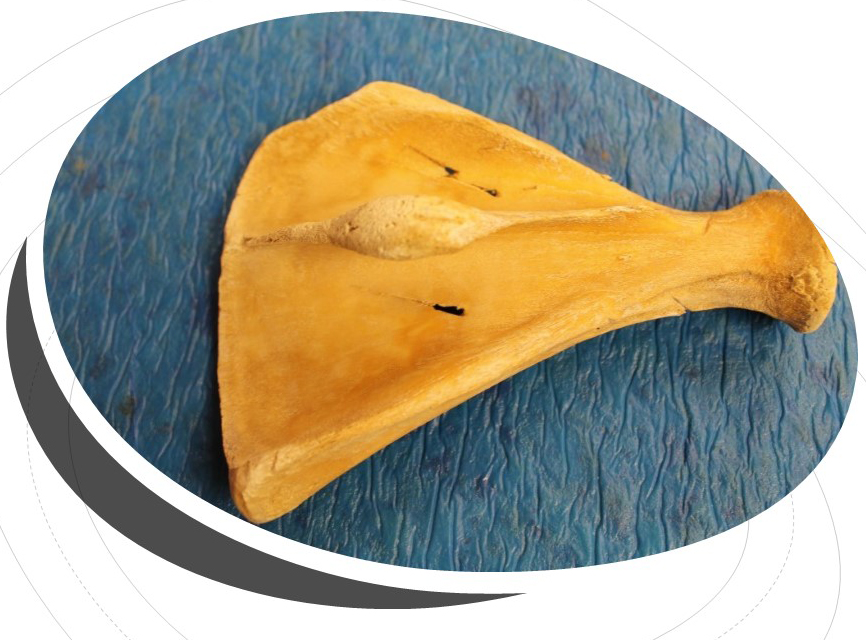 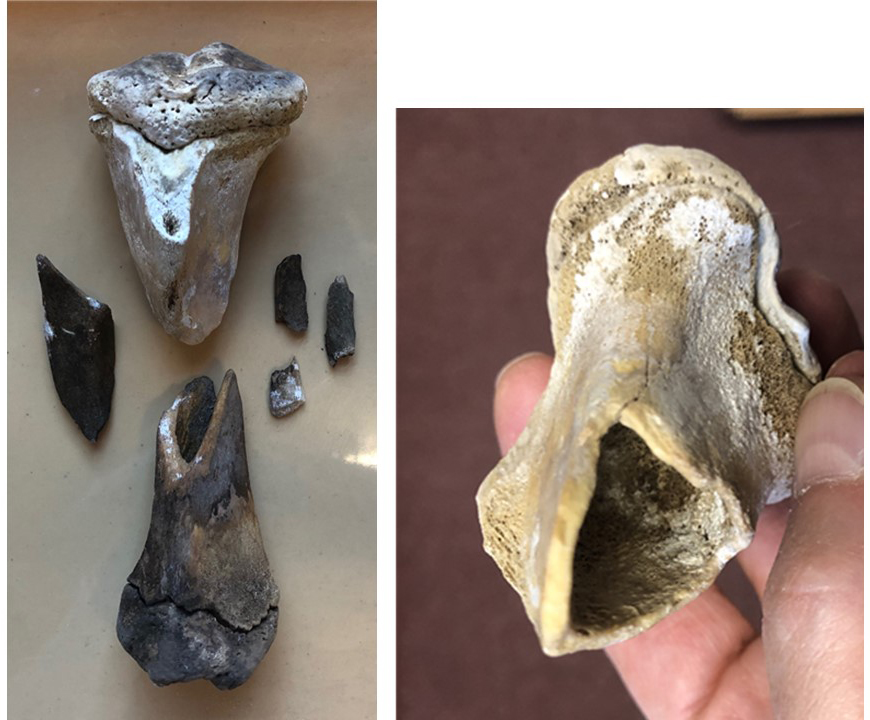 “Martin Harrington” killed Waldo because he impregnated Wendy, who was Martin’s daughter.  Waldo was beat to death with a baseball bat.  Both Waldo and Wendy were heavy drug users (opioids and stimulants) and Martin was enraged with both of them.  He killed Wendy because he reasoned that the fetus was already damaged by Wendy’s drug use, and that Wendy would be a terrible mother.  Wendy was stabbed to death at home.

Clark died at home from an accidental overdose of two different prescription opioids, and his children decided to hide his body (and both empty pill bottles) and not report his death.  This meant they could keep collecting his pension and social security checks.

All 3 individuals were victims, in one way or another, of Ohio’s opioid crisis.