Mola textiles: Stories from the women of Panama

The Cleveland Museum of Art has a new exhibit that features Mola textiles from Panama. The exhibit will be on display beginning August 22, 2020. Molas are decorative panels that tell a story. Sewn and worn by the women, they are attached to blouses front and back. They are imaginative, creative, brightly colored “signs” of current events and interests, e, g., political events, animals, human activities, and even boxing kangaroos. 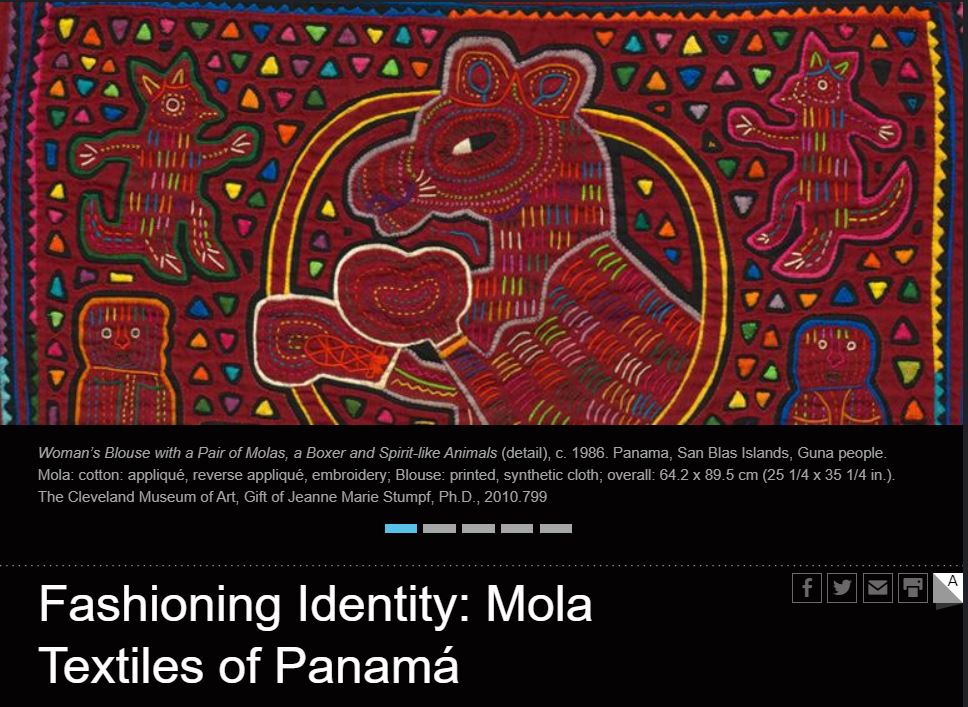 The exhibit features Mola textiles that were donated by Dr. Jeanne Marie Stumpf-Carome (Geauga campus). From Dr. Stumpf-Carome: "In the mid-1980s, during a cruise of the Panama Canal, the ship made a short stop in the San Blas Islands. Although the Islanders were already used to tourism, it was not well-developed with a lot of shops. Walking through a village, I bought molas directly from the women along the way. Women were eager to sell them, fetching them from corrugated metal rooftops where they were drying and even selling me ones that they were wearing.

I donated part of my mola collection to the Cleveland Museum of Art in 2010, little imaging that in August of this year they would be featured in an exhibit at the museum along with other examples of molas in the museum’s collection."

Follow this link to read more about the textiles and exhibit.