We are happy to announce that the keynote speaker for the Anti-Racism Conference is Dr. Bettina L. Love, an award-winning author and the William F. Russell Professor at Teachers College, Columbia University. 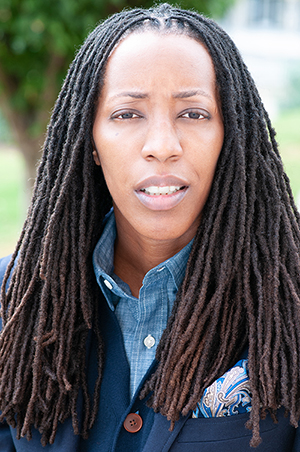 Dr. Love's writing, research, teaching, and educational advocacy work meet at the intersection of disrupting education reform and strengthening public education through abolitionist teaching, Black joy, and anti-racism. The aim of her scholarship is twofold: firstly, to advance how the field of education understands and critiques school reform and the systemic and structural racism of public education within the U.S.; and secondly, to advocate for abolitionist approaches in the field of education that seek new possibilities for educational justice. In the pursuit of making her scholarship a reality, she works with activists, communities, youth, families, and school districts to build communal, civically-engaged schools rooted in the aspirations of abolitionist strategies that love and affirm Black and Brown children. Towards that end, in 2020, Dr. Love co-founded the Abolitionist Teaching Network (ATN). ATN’s mission is to develop and support teachers and parents to fight injustice within their schools and communities. To date, ATN has granted over $160,000 to abolitionists around the country. She is also the creator of the Hip Hop civics curriculum GET FREE.

Dr. Love is also a founding member of the Old 4th Ward Economic Security Task Force with the Atlanta City Council. The goal of the task force is to bring guaranteed income and income stability to Black women residents living in Atlanta. In 2022, the Task Force launched the program In Her Hands, distributing more than $15 million to Black women living in Georgia. In Her Hands is one of the largest guaranteed income pilot programs in the U.S. As part of its 50th anniversary in 2022, the Kennedy Center named Dr. Love one of the Next 50 Leaders who are making the world a more inspired, inclusive, and compassionate place.

Dr. Love is a sought-after public speaker on a range of topics, including: abolitionist teaching, education reform, anti-racism, Hip Hop education, Black girlhood, queer youth, Hip Hop feminism, art-based education to foster youth civic engagement, and issues of diversity and inclusion. In 2014, she was invited to the White House Research Conference on Girls. For her work in the field of Hip Hop education, in 2016, Dr. Love was named the Nasir Jones Hiphop Fellow at the Hutchins Center for African and African American Research at Harvard University. In April of 2017, Dr. Love participated in a one-on-one public lecture with bell hooks focused on the liberatory education practices of Black and Brown children. In 2018, Georgia’s House of Representatives presented Dr. Love with a resolution for her impact on the field of

education. She has also provided commentary for various news outlets including NPR, PBS, Ed Week, The Guardian, and the Atlanta Journal-Constitution.

She is the author of the books We Want to Do More Than Survive: Abolitionist Teaching and the Pursuit of Educational Freedom and Hip Hop’s Li’l Sistas Speak: Negotiating Hip Hop Identities and Politics in the New South. Her work has appeared in numerous books and journals, including Educational Researcher, Urban Education, The Urban Review, and the Journal of LGBT Youth.