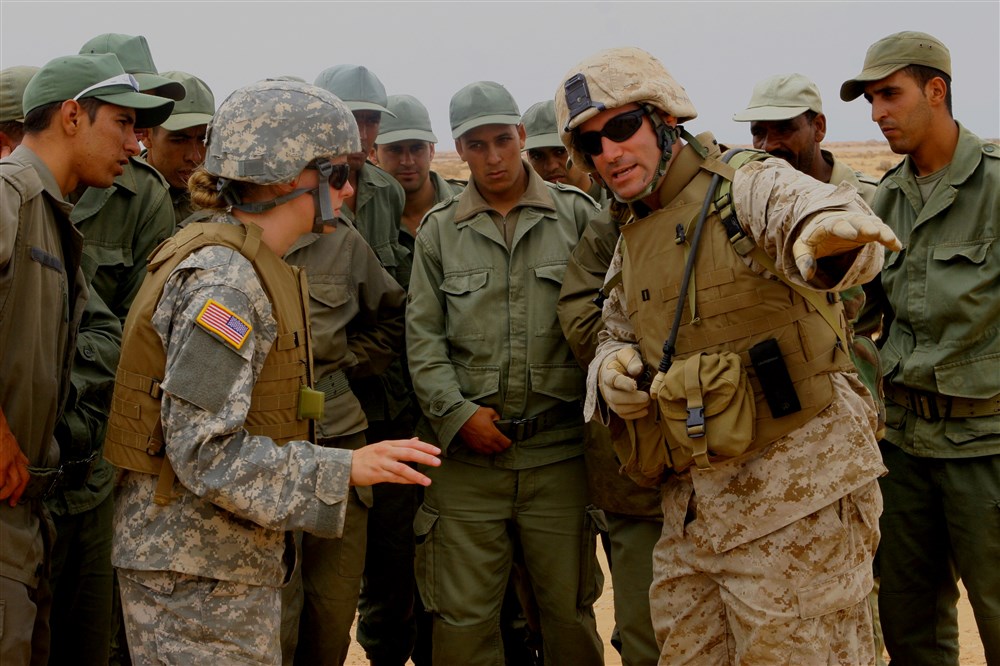 Those who earn a master’s degree in translation have numerous career possibilities to choose from, so we like to highlight some of these opportunities on our blog. After you’ve completed our online or on-campus translation program, one notable option you can pursue is becoming a language translator for the military.

Keep reading to learn more about the armed forces translation profession, what some of its responsibilities and expectations are, courses which are well suited for this role, and more.

About the Military Translation Field

The military is in need of translators for a variety of positions, which can include those found in both the United States and abroad, making it easy for graduates to use their translation degrees in military roles.

As military.com notes, those pursuing translation and interpretation careers in the military are expected to meet a number of requirements, including:

Some of the job responsibilities as a translator for the military can include the following:

Your Role as a Military Translator

As a translator for the military, you will find yourself in numerous locations and facilities that civilian translators work within, though you can also be employed in military-specific positions within departments like community relations, intelligence gathering, and more.

You would also be deployed to duty stations throughout the world, and depending on your skills and particular areas of expertise, would find yourself in either a strategic or tactical position. Strategic translators are often assigned to offices, and tactical translators spend more time in the field.

Once clearances are granted, translators who leave military service often move on to other roles where these clearances are valued and needed, such as the FBI, NSA, and more.

Our M.A. in Translation at Kent State

Students have the option to take our program on either a part-time or full-time basis, with options for either on-campus coursework or online coursework. Language concentrations offered include Arabic, French, German, Japanese, Russian, and Spanish.

All of our coursework plays a vital role in giving you the knowledge and skills you’ll need for a rewarding career, but some key courses that will aid you as a language translator for military purposes include:

Be sure to visit our M.A. in translation coursework page to see a detailed breakdown of all classes within the program.

Ready to Get Started? Apply Today!

To get to work on your master’s in translation so you can go on to provide language translation for the armed forces, reach out to our team with any questions or apply today.

We look forward to hearing from you!