This event already has occurred.
Center for the Visual Arts (was Van Duesen)
Room 165 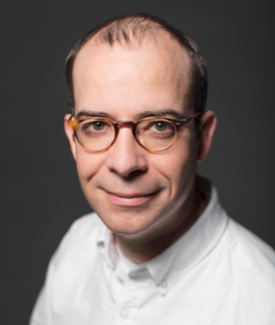 This event has been rescheduled for Friday, May 3 from it's original February 1 date.

Visiting scholar in Art History, Austin Porter, will be giving a free lecture at Kent State University’s School of Art on Friday, May 3.  His talk, titled "Bankrolling Bombs: How Art Museums Helped Finance World War II" will take place in room 165 at the Center for the Visual Arts (325 Terrace Dr.) from 12-1 p.m. All of the School of Art’s First Friday Lectures are free and open to the public.

During World War II the U.S. government sponsored numerous exhibitions in some of the nation’s most highly regarded art museums. In addition to expressing themes of patriotism, sacrifice, and American military might, these exhibitions also served as fund raising opportunities for the Treasury Department’s war bond program. This talk analyzes how the resulting installations blurred cultural distinctions between high art and mass media in order to generate economic capital for the fight abroad.

About Austin Porter:  Austin Porter is an Assistant Professor of Art History and American Studies at Kenyon University. His classes explore American art, politics and culture. Porter’s primary research interest is American art and visual culture during the 1930s and 1940s. He also teaches courses on postwar contemporary art that examine the expanding international art scene. His other research and teaching interests include the history of photography and graphic design and African American art and culture.

Prior to his career in academia, Austin worked in advertising and later as a designer in an art museum, where he assisted with the creation of exhibitions and publications. Before arriving at Kenyon, Austin held fellowships with the Smithsonian American Art Museum in Washington, D.C., the American Council of Learned Societies and the Raymond J. Horowitz Foundation. He has taught classes on the history of art and photography at Boston University, the Rhode Island School of Design, the Art Institute of Boston and the Kansas City Art Institute. His current research examines the relationship between American artists and the U.S. government during World War II.