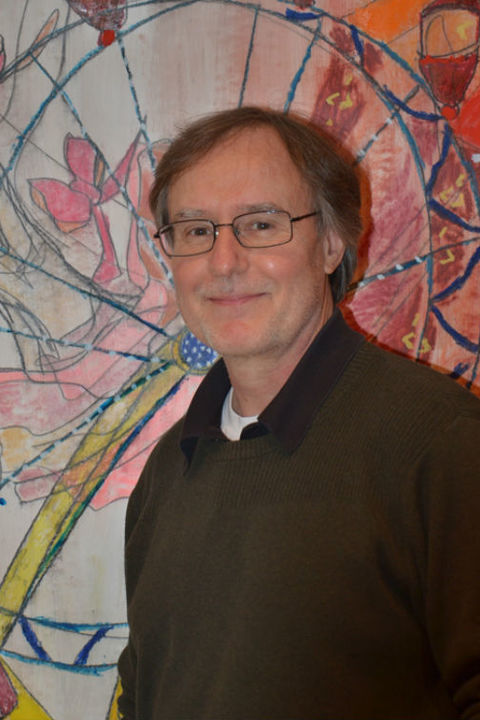 Professor Jack McWhorter is an abstract painter who responds to sources through synthesis and hybrid. His work is focused on engaging abstraction through natural patterns and biomorphic forms, where imagery grows by means of gesture, touch, and the materiality of paint. The relation between paint and image is drawn into a parallel inversion that turn space into object and object into space. That logic and evolution springs from McWhorter’s rudimentary questioning of how to see, how to paint and often invokes a Cezannesque spirit of painted surface dynamics.

Jack received an M.F.A. from Kent State University. He has been a visiting artist at St. Luca School of Art, Brussels, Belgium, The Walworth Barbour American International School in Tel Aviv and for the Ohio Arts Council.  His paintings have been exhibited widely including solo and group exhibitions in Beijing, Brooklyn, Brussels, Chicago, Cincinnati, Cleveland, Glasgow, Leuven, New York, Overijse, Tel Aviv, Siena, and Ventura.  Since 2000 he has been Coordinator of the School of Art’s BA program at Kent State University at Stark. The Painting Center in New York represents his work.

Jack McWhorter - CV
School of Art
College of the Arts