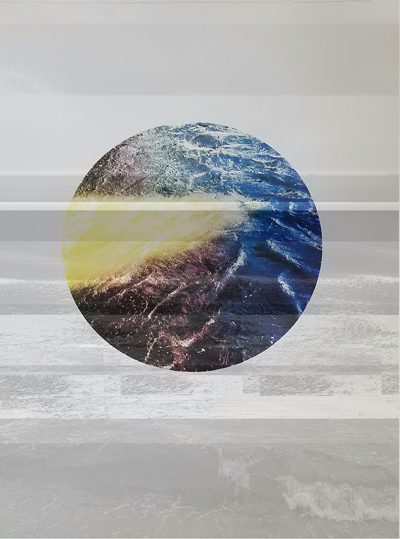 Arron Foster, Assistant Professor of Print Media, will be exhibiting his work at four different galleries in April.  His work has been included in two shows at the Southern Graphics Council International (SGCI) Conference in Las Vegas from April 4-7. “Going to the Ground” is a portfolio exchange organized by Alison Judd and Anna Gaby-Trotzan and focuses on the notion that land is something that we use to mark other losses against and through a visceral approach to observing, studying and documenting specific locations we can be witness to change.  The second is a juried SGCI member exhibition titled “All That Glitters” and is juried by Tanja Softic. The artwork included uses the landscape format to match with the conference theme Altered Landscapes.  Artists consider the history of Las Vegas: In 1821 the city of Las Vegas was named after the spring-fed meadows that appeared in the middle of the desert. Like an oasis, the city glitters in the shadows of the Spring Mountains.

Lastly, Foster has solo exhibition at the BOX Gallery in Akron, Ohio titled “Another Time has other Lives to Live.” In his exhibition, Foster explores the transitory nature of life and our world and reflects on how our perceptions of change and time mediate our lived experiences. His interest lies in creating visual images to conceptualize the relationship between time, change, and consciousness. His work often moves between abstraction and representation so that narratives and associations to actuality are implied but left open-ended. His work involves a site-specific installation of prints and print-based videos that use landscape imagery as a metaphor for change and temporality.  The exhibition opens on Friday, April 13 with an opening reception from 5-8 p.m.