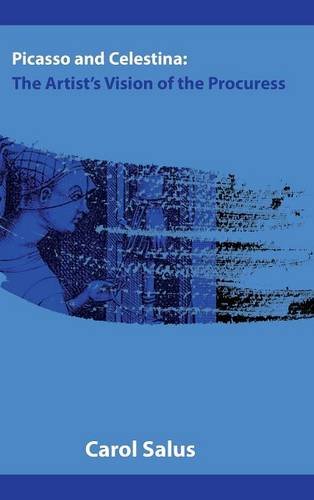 Carol Salus, associate professor of art history, is the author of the new book "Picasso and Celestina: The Artist’s Vision of the Procuress," published earlier this year by Juan de la Cuesta Hispanic Monographs. Picasso and Celestina, the culmination of 10 years of research, traces the artist’s decades-long fascination with Celestina, the titular brothel madam in Fernando de Rojas’s "La Celestina" (1499), an influential literary text of the Spanish Renaissance.

Celestina is glimpsed throughout Picasso’s oeuvre from early portraits such as "La Célestine" (1904) through the final decades of his life, when he refused to return to Spain under Franco’s dictatorship. “Celestina ultimately becomes for Picasso more than a symbol of his homeland,” says Salus. “She functions as a poignant character whose discussions of aging and its physical and emotional pains mirror the artist’s own issues.”

Carol Salus on "Picasso and Celestina"

Picasso had a decades-long interest in Celestina, the leading character in Fernando de Rojas’s "La Celestina" (1499), and created his own subjective vision of her as she mixed with and manipulated the men and women of her town. The artist in his own recreation of La Celestina found Celestina to be a figure who not only amused him but became for him a source of comfort in his final years. Celestina’s roles in his works on paper, canvas, and clay are considered in terms of art historical and literary sources as well as linguistic meanings of images in specific examples.

Cultural influences such as puppetry, opera, folk music, and a crossword puzzle in which the madam appears reveal the persistence of Celestina in Picasso’s years in Barcelona. Celestina is seen first in his oeuvre in his twenties in his drawings and in such bold portraits as his famous one-eyed "La Célestine" in the Musée Picasso and in the Cleveland Museum of Art’s "The Harem." She resurfaces when he travels to Spain in his fifties. At this time she appears with a group of Catalan fishermen, who make music while watching one of her nude harlots gyrate enticingly in the foreground. In his final decades, when Picasso refuses to return to Spain because of the Franco dictatorship, Celestina significantly becomes a major presence in his art. In Picasso’s own tale of Celestina the madam primarily functions as matchmaker in setting up encounters with monks, matadors, dashing Spanish cavaliers and hidalgos in seventeenth-century costume. In one watercolor Celestina dances on a tabletop while surrounded by a crew of her workers and their johns. In a series of etchings she serves morning chocolate to her clients and her girls while they are still in bed in her brothel. 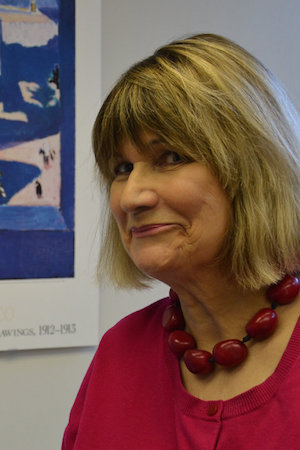 Picasso creates a Celestina series of sixty-six prints in his late eighties, part of his Suite 347, a collection of 347 etchings and engravings. The intentionally naïve style of these prints is directly inspired by woodcuts found in his personal copy of "La Celestina," published in 1534 in Venice. The book remained in the artist’s private library. In his last years Picasso designs and illustrates a French translation of "La Celestina." Celestina ultimately becomes for Picasso more than a symbol of his homeland. She functions as a poignant character whose discussions of aging and its pains mirror the artist’s own issues. He even includes a vignette in which an elderly nude Picasso appears with the puta vieja.

Picasso’s illustrations for various other Spanish literary works are also discussed. A summarized view of the progeny of La Celestina in the fine arts is presented to further illuminate Picasso’s contribution to this literary work created at the start of the Spanish Renaissance.

Carol Salus is associate professor of art history at Kent State University, where she teaches both European and American art of the late 19th and early 20th centuries. Her interest in "La Celestina" grew from her longtime love of Picasso and his work, and in 2009 she was a participant in the National Endowment for the Humanities seminar “Celestina on the Brink of Modernity” at the University of Virginia. Carol Salus earned her doctorate at the Ohio State University.