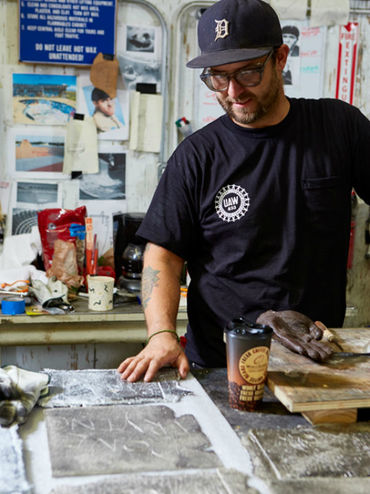 Jonas Sebura began as Assistant Professor at the School of Art in 2016 in the sculpture area and students have been benefiting from his contemporary view of art making in a revamping of courses within the discipline.  Sebura brings an expertise in the “expanded media” aspect of sculpture to Kent State, teaching courses that focus on time-based, socially engaged and site-specific artworks.  His own work touches on themes of religion/belief systems, skateboarding culture and male relationships, often collaborating with his good friend and fellow artist, Alex Gartelmann under the name Sebura&Gartelmann. We asked Sebura a few questions about himself, his work and current exhibition at The Sculpture Center in Cleveland, which opens on March 9, 2018.

Q. Can you give a brief overview of your training and background?

A. I grew up in western New York, about two hours south east of Buffalo. I grew up in a really rural town and graduated from high school with about 26 people, which was considered a big class.  I got into skateboarding at age 14 and that really formed who I am as an adult.  Through skateboarding, I was introduced to music and art and was a part of something bigger culturally that was far beyond my very small town.  I got my B.F.A. from Alfred University in 2003, and my M.F.A. from The School of the Art Institute of Chicago in 2011.

Q. What new classes have been offered at Kent State since you started here in 2016 and how have students been responding?

A. I have been teaching a class called “Time Arts” as a part of our expanded curriculum in the sculpture department, I have been also teaching a class called “Site and Context.”  The class approaches site specific work from a slightly different angle. We are looking at non-traditional methods that engage the idea of place in multiple ways.  Mapping, storytelling, and historical research are all methods we have touched on so far.  I think the students are into it.  Like anything new there is a learning curve, but everyone is doing great.

Q. What unique perspective do you feel you bring to Kent State?

A. The  classes I teach at Kent ask students to think about sculpture in broader terms of what is traditionally expected of a sculpture class. The assignments look to performance, video, and social practice, as well as traditional methods of making to push students out of their comfort zone.  My goal is for my students to approach their studio practice with no boundaries and that they can have the conceptual as well as material understanding to make anything they need to. 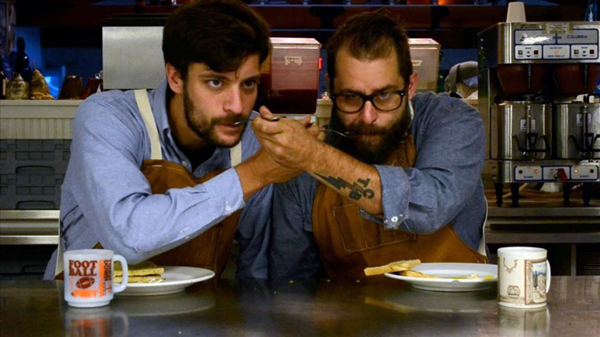 Q. Can you tell us about your recent solo exhibition at the Holding House in Detroit?

A. Our show “Two guys Walk into a Bar” at Holding House in Detroit, MI was a collaborative project with Alex Gartelmann. We have been working together steadily since 2010 when we met in grad school at the Art Institute.  We are using the joke as an aesthetic form to examine issues of personal communication physical contact and social expectations of masculinity.

Q. You are presenting new work at The Sculpture Center in Cleveland.  Can you talk about any new direction or subjects you are taking on in your work?

A. I have been thinking about belief systems – not so much in a religious standpoint but in broader terms – things that we ”trust” as being true, and how those things are being called into question.  I started thinking about the fact that I had no reliable gage anymore.  So I have began to invent my own system that pulls from pseudo science, new age beliefs, and ritual.

Q. How do you feel faculty at the School of Art can prepare students to be artists in today’s art world?

A. I think it’s important to arm students with as much information (both technical and conceptual) as possible so they can make - or invent a continued career as a maker.

See Jonas Sebura’s new exhibition “Confounded into Unitary Chaos” at The Sculpture Center from March 9 – April 13, 2018 as part of the W2S (Window to Sculpture) Emerging Artist Series.  Sebura will be giving an artist talk at the opening reception on March 9 at 7:00 p.m.  Learn more about the artist on his website. 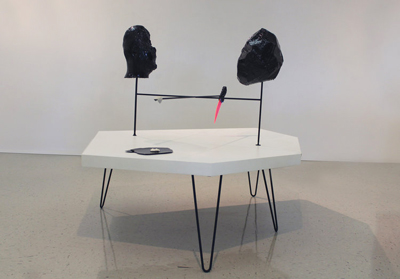