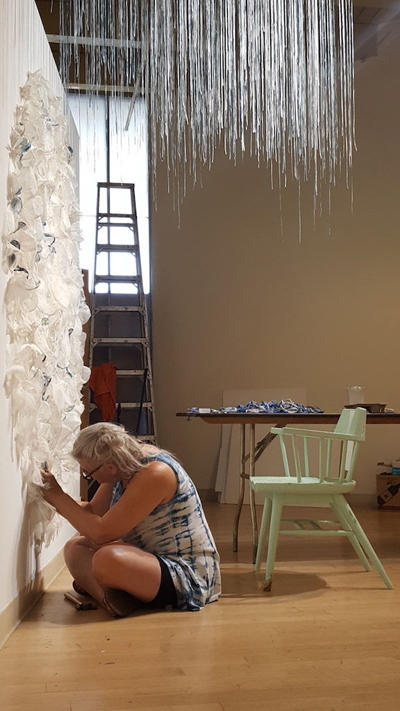 The School of Art at Kent State University is happy to announce that the curators for the CAN Triennial have included multiple faculty, alumni and one current graduate student in the exhibition.  The CAN Triennial coincides with the FRONT International Triennial for two weeks in July as an effort to show the type of art being created in the Cleveland region.  The exhibition will be on view from July 7 - 29, 2018 at the 78th Street Studios.

A preview fundraiser party will take place on Friday, July 6 along with the opening reception on Saturday, July 7. The 78th Street Studios, an industrial complex filled with independent galleries and studios that holds an open house on the third Friday every month, are located at 1300 West 78th St. in Cleveland's Detroit-Shoreway neighborhood.

The Collective Art Network (CAN) Journal selected curators earlier this year, with two of the four visual art curators being Kent State alumni (Hilary Gent and Curlee Raven Holton).  It includes works by 90 local artists, along with a music series, a film series, a collection of artist talks and two weekends that feature local galleries. Additionally, it includes 15 site-specific installations, exhibited in stairwells, gardens and rooftops.

Image (right): Alumna Rebecca Cross working on her installation at the CAN Triennial. Photo from Plain Dealer Article.