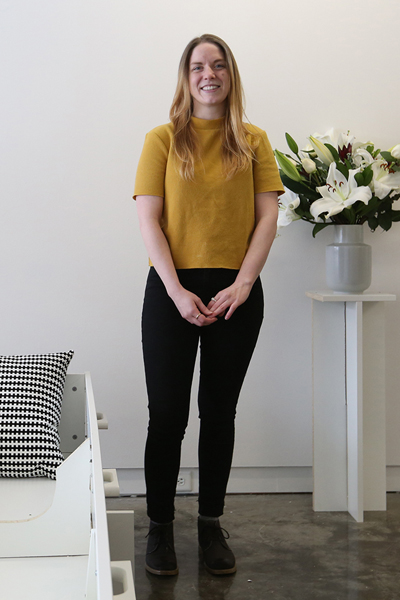 Have you ever thought about building your own coffin?  This may seem like one of the most bizarre DIY projects, but one of the School of Art’s graduate students explored this possibility through a book she discovered during one of her classes. Lindsey James, M.F.A. student in Textiles, was researching relational art when she began reading about artist, Joe Scanlan.  She discovered his book "DIY or How to Kill Yourself Anywhere in the World for Under $399" which outlines how to build your own coffin out of supplies purchased from an IKEA furniture store. She contacted him through email to buy a copy of the book and ended up working as a research assistant for Mr. Scanlan, who is a Professor of Visual Arts at Princeton University.

“I came about the project in a research paper for the Graduate Seminar course Social Interstices: Relational Art. I emailed Joe Scanlan to purchase the book with the intent to craft the project. After further discussion we decided to team up to not only craft the coffin but also update the instruction manual with IKEA's current products,” said Ms. James. “To both of our surprise and excitement, Scanlan then received an email from the IKEA Museum in Älmhult, Sweden to display the project in an upcoming show that will showcase IKEA products used by artists to create new items.”

Why exactly would one want to craft their own coffin from IKEA products? Since the project is conceptual, it relates more to the ideas of commerce rather than real-world functionality.  From the artist’s website:

"DIY presents—in extremely dry and methodical detail—a plan for how to go into any IKEA store in the world and buy materials with which to build your own coffin. As is the case with all Do-It-Yourself projects, some basic skills and tools are required. Essentially, then, DIY is a shopping guide, a manifesto for how to get what you want from the world of commerce rather than accepting what it wants you to have, an epic tale about the transformation of mundane merchandise into a transcendental escape vehicle."

Ms. James constructed the coffin in January and followed the additional instructions for decorating, which included purchasing two IKEA vases and lilies that filled the gallery with floral scent.  Mr. Scanlan came to campus in January to see the constructed coffin Ms. James created for display in the School of Art’s Payto Gallery. They discussed how the IKEA products used in the construction have changed and what updates were necessary for the book.  Unfortunately, because of the untimely death of IKEA Founder, Ingvar Kamprad, the furniture chain’s museum decided not to show the DIY coffin in the exhibition.  Despite the less than ideal outcome, Ms. James continues to work with Mr. Scanlan. 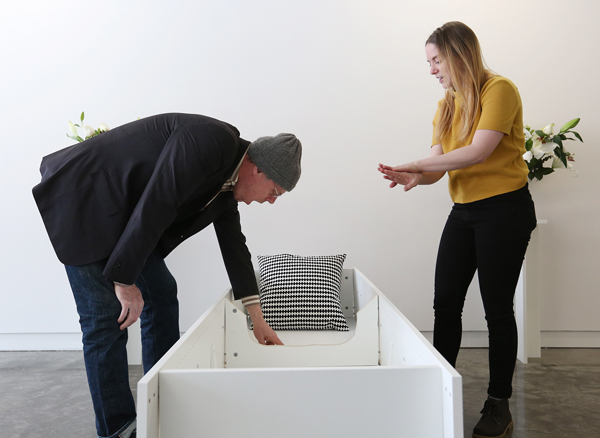 These connections she has made through Kent State will stay with her on her career path as both a visual artist and a curator.  She has consistently balanced art making and arts administration projects such as curating during her graduate career at Kent State. Ms. James is also enrolled in the Museum Studies MLIS program at Kent State and has a B.F.A. degree in Jewelry/Metals/Enameling.  She recently had her M.F.A. Thesis Exhibition in textiles “Invasive” on display in the same gallery where she presented “DIY.”

“I have a passion for both art making and administrative art. With my foot in two doors, I find that crossing over my interests from process and technique to installation and writing, helps keep me focused on both areas. (If that makes sense!),” said Ms. James.  “Kent State has provided a ton of opportunities for me within the university but also in the greater Ohio area. I have my Graduate assistantship that has allowed me to work with our permanent collection as well as curate shows on and off campus. If it wasn't for my professors at Kent, especially John-Michael Warner, challenging my interests and work I would not have had the opportunity to work with Joe on this project.” 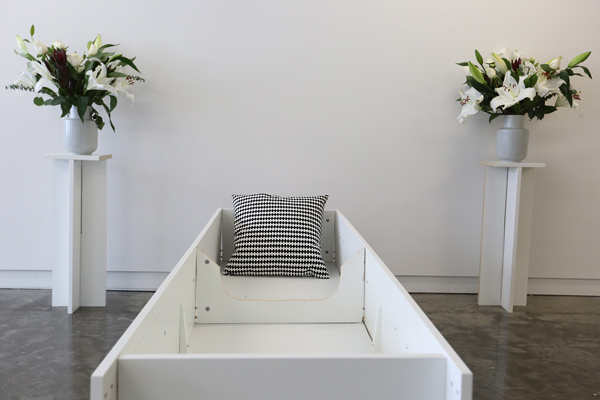