Assistant Professor in Foundations, Mahwish Chishty has been included in a second exhibition at the Imperial War Museum in London. She also had a solo exhibition at the museum last year.  Age of Terror: Art since 9/11 will feature more than 40 British and international artists, including Ai Weiwei, Grayson Perry, Gerhard Richter, Jenny Holzer, Mona Hatoum, Alfredo Jaar, Coco Fusco and Jake & Dinos Chapman. It is the UK’s first major exhibition of artists’ responses to war and conflict since the terrorist attacks on 11 September 2001. The exhibition will be on view from October 26, 2017 – May 28, 2018. The exhibition will be presented through four key themes: artists’ direct or immediate responses to the events of 9/11, issues of state surveillance and security, our complex relationship with firearms, bombs and drones and the destruction caused by conflict on landscape, architecture and people. 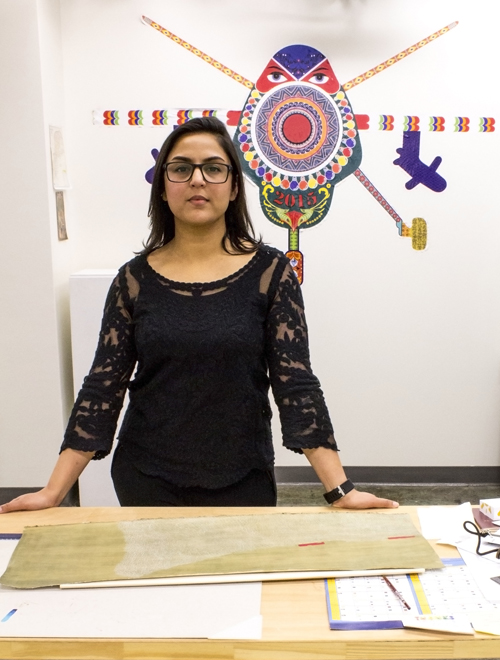 Initially trained as a miniature painter from the National College of Arts, Lahore, Pakistan, Mahwish Chishty has aggressively combined new media and conceptual work with her traditional practice. By camouflaging modern war machines with folk imagery, Ms. Chishty is shedding light on the complexity of acculturation, politics and power.  She was recently awarded a Guggenheim Fellowship for 2017.