Michael Loderstedt Retires from the School of Art 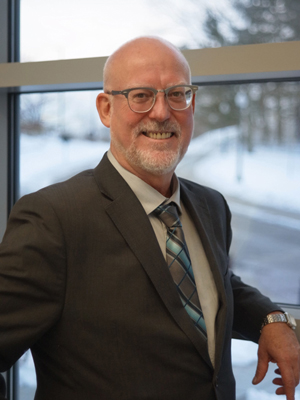 Loderstedt started his career at Kent State as a graduate student and teaching assistant in 1982, and since then he has held positions as a part-time adjunct professor and then tenure-track faculty, eventually being promoted to Full Professor. He received the Distinguished Scholar Award in 2012 and served as both Fine Art Division Coordinator and Graduate Coordinator for the School of Art.

He served as Interim Director during the first full year that all the School of Art programs were housed under one roof in the newly completed Center for the Visual Arts.  During his year as Interim Director, Loderstedt organized the School of Art’s Halloween celebration called the Beaux Arts Ball and helped establish the Christine Havice Plaza garden, which beautified the rear entrance of CVA. He also assisted in creating the ARTech Studio, a school-wide digital fabrication lab, as well as the student-run ARTshop, creating unique entrepreneurial learning experiences for art students.

Loderstedt is excited to spend time in his studio making art after his retirement.  In closing he said, “So with equal measures of great fondness for this place and my colleagues, and excitement for my own future, I’ll be leaving the School of Art in an official capacity. I know we will remain connected, and I will continue to visit this institution that has been so formative to my career and my ‘life in the arts.’ Thanks to all of you who have made the School of Art so special and meaningful.” His colleagues and former students wish him the best on his next adventure.