International Print Center New York (IPCNY) recently announced the fifty-sixth presentation of its New Prints Program, a biannual, juried open call for prints. Undergraduate student in Print Media and Photography, McKinzie Trotta, was accepted into this exhibition with her print titled “Half Night,” which was created in professor Breanne Trammell’s silkscreen course this past semester. In addition, the image of her print is being used on IPCNY’s press release as well as their website for promotional purposes. The exhibition, titled Just Under 100, was selected by artist Katherine Bradford, and features 94 artists from both the United States and abroad. Countries represented in the exhibition include Croatia, France, Italy, Serbia, and Thailand, as well as Canada, the United Kingdom, and the United States. 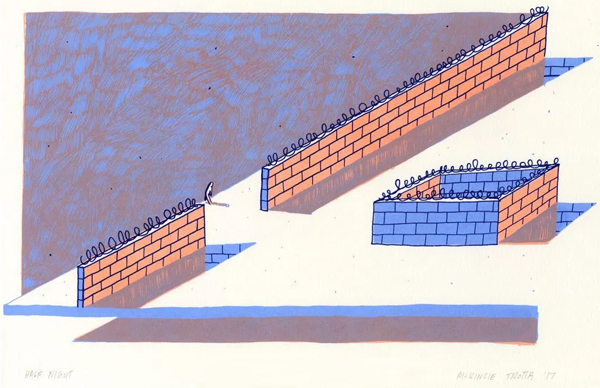