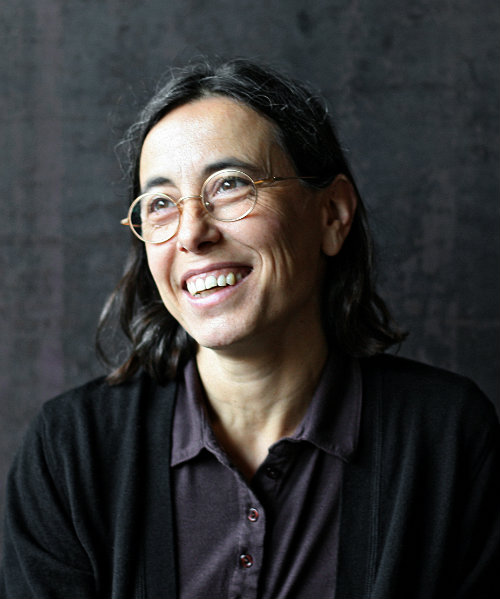 The Thomas Schroth Visiting Artist Series in conjunction with the College of Architecture and Environmental Design at Kent State University present Carme Pigem of RCR ARQUITECTES headquartered in Catalonia, Spain.  A Conversation with Carme Pigem will begin at 5:30 pm on Monday, March 11 in the Cene Lecture Hall of the Center for Architecture and Environmental Design, 132 S. Lincoln Street, Kent, OH 44242.  Complimentary parking is available in the Rockwell Hall parking lot just across the street near the Fashion School.

The lecture is free and open to the public.  A dessert reception will immediately follow in the lobby. For more information visit www.kent.edu/caed/lecture-series.

RCR arquitectes have participated in several international exhibitions such in 1990 as the III Salon International de l’Architecture in Paris; the Venice Biennal 2000, 2002, 2006, 2008, 2012, 2014 and 2016; and in 2006, On-Site: New Architecture in Spain, in the MoMA of New York and Madrid; and in 2010, Global Ends at Toto Gallery Ma in Tokyo. Their individual exhibitions (Works 1988-98) have taken place in Tokyo, (Exfoliacions) in Spain, (RCR Arquitectes) in Bielefeld of Germany, (RCR Arquitectes) in Ljubljana of Slovenia, (RCR Arquitectes Creativitat compartida) at Palau Robert in Barcelona, at Museo ICO in Madrid, at Palacio de Miramar in San Sebastián, (The Intangible Tangible) at House of Oris in Ceske Budejovice of Check Republic, (RCR: Papers) at Centre Arts Santa Mònica in Barcelona, (Landscapes of Ideas: the Sketches of RCR Architects) at Oris House of Architecture in Zagreb and the most recent (RCR. Works on paper) at Centro Cultural El Rule in Ciudad de México, (RCR Dream and Nature) in the Venize Biennale and (Geography of Dreams) at Toto Gallery Ma in Tokyo. Authors of essays and articles about architecture and landscape, notably “Enquadraments”, “Destellos”… They have been invited to give more than 200 lectures in many Spanish and foreign cities and their work has been published at great length in books, specialized and not specialized magazines, to emphasize the monographies as El Croquis, n. 115/116 (III), n. 138 (V), n. 162 (IV), n. 190 (III) and projects 1998-2012 of Madrid; AV n. 137, n. 175 and works 1998-2012 of Madrid; A+U n. 542, n. 549 of Japan and the book “RCR Aranda Pigem Vilalta Arquitectes. Entre la abstracción y la naturaleza” by Gustavo Gili of Barcelona. Among the projects and works even those distinguished they emphasize the Athletics Track “Tossols Basil” in Olot, the Mediathèque “Waalse Krook” in Belgium, the Law Faculty in Girona, the Office building “Plaça Europa 31” in Hospitalet de Llobregat, the New Complex of “Sants” Station in Barcelona, the Hold “Bell-lloc” in Palamós, the Restaurant, the Marquee and the Pavilions “les Cols” in Olot, Spaces for Leisure and Culture in Riudaura, the “La Cuisine” Art Centre in the castle of Nègrepelisse, the kindergartens "el petit comte" in Besalú and "els Colors" in Manlleu, and the school “del Sol" in Font Romeu and more than 20 single family dwellings…

The Thomas Schroth Visiting Artist Series was established in 2002 by Cecile Draime and her late husband Max of Warren, Ohio, to honor their dear friend, Thomas Schroth (1922-1997). A noted regional architect, Schroth designed the Butler Institute of Art’s Trumbull museum in Howland, as well as numerous other award-winning projects. Thomas Schroth spent his life in Niles, Ohio, as a prominent architect and inveterate collaborator in the artistic life of the Mahoning Valley and Northeast Ohio. A world traveler, he saw human creativity as a window framing human experience. The Thomas Schroth Visiting Artist Series brings diverse views through that window to the Kent campus and community.  The Series presents respected guest artists in the fields of Architecture, Visual Arts, Theatre, Dance and Music. Now in its 17th year, it has brought an impressive lineup of guests over the years.  Some guests include: composer Stephen Schwartz, Broadway actress Alice Ripley; Grammy-winning Emerson String Quartet; postmodern minimalist artist Richard Tuttle; fashion designers Ruben and Isabel Toledo; architects George Miller and Jeanne Gang; internationally-acclaimed dance companies Jose Limon Company and the Martha Graham Dance Company; and actor, dancer and arts advocate Ben Vereen.  The events are always free and open to the public.

College of the Arts
Office of the Provost