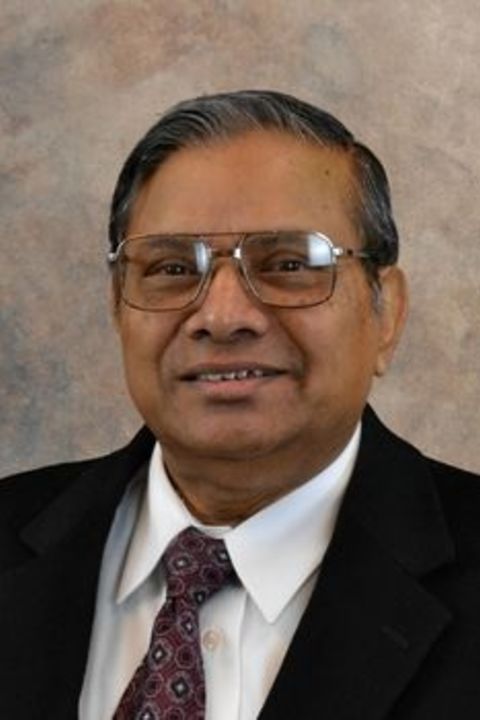 Dr. Lovejoy Das is a graduate of State University of New York at Stony Brook, New York. He holds a Masters degree in Applied Mathematics from SUNY, Stony Brook, New York and holds a Ph.D and D.Sc.( Doctor of Science) degrees in Pure Mathematics from University of Lucknow, India. He joined the Kent campus faculty in 1989. At present he is a Full Professor at Kent State Tuscarawas Campus. He has been an active researcher in the field of Differential Geometry and has published more than 57 research papers in prestigious national and international journals of mathematics.

In 1995 – 96 Dr. Das received the Distinguished Teaching Award at Kent State Tuscarawas and was recognized twice as the Most Popular Professor of Kent State Tuscarawas during 1990-91 and 1995-95. In 1995-96 he was the recipient of the Outstanding Teacher Award given by the Ohio Association of Two-Year Colleges (OATYC) and in 2004 he won the most prestigious Distinguished Teaching Award given by Kent State University across the eight campuses. Besides this, Dr. Das was the recipient of the 2005 North East Ohio Council on Higher Education (NOCHE) Award for teaching excellence and was nominated in 2006 for the U.S. Professor of the Year Award given by the Carnegie Foundation for the Advancement of Teaching, Washington D.C. He has been on the editorial board of international mathematics journals and has also been the examiner of several Ph.D. theses. Dr. Das has refereed several mathematical research papers, graduate text books and has reviewed 91 research papers of reputable mathematicians around the world. His biography appeared in Who’s Who in America (2010), Who’s Who in the World (1997), Who’s Who Among America’s Teachers (1994) and Marquis Who’s Who in the Midwest (1992-93). In 2005, he was recognized as Ohio’s Top Educator in the December issue of Ohio Magazine for his contributions and dedication to achieving Excellence in Education.

To extend his teaching beyond the boundaries of Kent State Tuscarawas, Dr. Das’ proposal entitled “Inquiry based mathematics instruction using technology for elementary school teachers in Tuscarawas County (Project IBMI)” was funded for $51,155 by the Dwight D. Eisenhower Professional Development Program administered by the Ohio Board of Regents (September 25, 1995 – December 3, 1996). To maintain the continuity in the systemic changes across the mathematics discipline, Dr. Das received another Eisenhower Grant for $41,727 entitled “Systemic change in mathematics instruction using inquiry and technology for middle school teachers in Tuscarawas County (Project SCMI)” October 21, 1996 to December 31, 1997.He was the Principal Investigator for both of these Eisenhower grants. In the year 1998, Project IBMI was published in the Guide to Math and Science Reform as a National Reform Initiative by the Annenberg Foundation Corporation for Public Broadcasting, Math Science Project, Washington, D.C. In addition to this, he has held several other small grants including the Office of the Provost, Diversity Incentive Final Awards for $2000 in 2002 and in 1990, the Faculty Professional Development Award for $5000.

Dr. Das has a passion for teaching and is committed to undergraduate education. Dr. Das's teaching style is accessible and demanding. He is always available to his students and possesses all qualities that drive students to achieve and succeed in their careers. He is very active in the American Mathematical Society and the Mathematical Association of America. He was the founder and the advisor of the student chapter of the Mathematical Association of America at Kent Tuscarawas Campus.

Dr. Das has served on the Kent State Tuscarawas research Colloquium Committee. Under his mentorship during Spring 2010, one of his students presented at the Research Colloquium on a new proof for the divergence on the improper integral  2013-10-16 14_16_35-Dr  which has been published in the American Mathematical Association of Two-Year Colleges, Vol. 2 (2011). For the past several years Dr. Das has served on the Provost Promotion Advisory Board at Kent State University ,chaired several Full Professor Review Committees - Regional Campuses and has also served as Full Professor Review Committee at the Kent Campus. Besides this, he has chaired several search committees including mathematics, physics, academic affairs committee, Distinguished Teaching Award Committee, Institutional Diversity Committee, Promotion Tenure and Reappointment Committee – Regional Campuses just to name a few.

Since 2001, Dr. Das was the advisor of the Mahaveer Scholarship. This $500 scholarship is awarded to two nursing student to generate interest in the Tuscarawas Community. He has chaired both Evangelism and Missions committees during 2005-2008 and has served as the Lay Leader and Lay Person at Broadway United Methodist Church in New Philadelphia, Ohio.

In 1990, Dr. Das had established a Mathematical Association of America, Student Chapter at Kent State Tuscarawas and in 1991 was appointed by Judge Demis to serve on the Citizen Review Board of Tuscarawas County Juvenile Court.