2015 Spirit of Women in Business Conference

The 2015 Spirit of Women in Business Conference took place on March 4. The annual conference is held to enhance professional development of today’s and tomorrow’s businesswoman from the executive to the student. With highly accomplished keynote speakers and multiple workshops, the conference provides networking and instructional opportunities that empower and encourage advancement in the workplace. Check out highlights from the 2015 Spirit of Women in Business Conference. 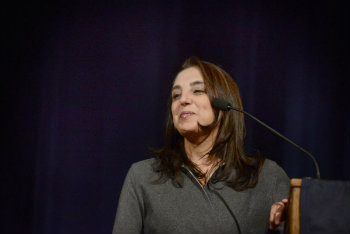 Since 1998, Sheena has taught courses at Columbia Business School to MBAs, Executive MBAs, and Executives. Her courses have included Thinking Globally, Leadership Development, Entrepreneurial Creativity, and an Advanced Doctorate Organizational Behavior Seminar. In 2005, Sheena’s course on Leadership earned her an Innovation in the Teaching Curriculum award from Columbia Business School. In 2012, she received the Dean’s Award for Outstanding Core Teaching. In addition, she was recently named a member of the 2011 Thinkers50, a global ranking of the top 50 management thinkers, and chosen as one of the World’s Best B-School Professors by Poets and Quants.

Considered one of the world’s experts on choice, Sheena has written her own book, The Art of Choosing. In the book she explores topics such as why choice is powerful and where its power comes from, the ways in which people make choices, the relationship between how we choose and who we are, why we are so often disappointed by our choices, how much control we really have over our everyday choices, how we choose when our options are practically unlimited, whether we should ever let others choose for us, and if so, whom and why. Sheena’s book gained much recognition, including being chosen as a finalist for the Financial Times and Goldman Sachs Business Book of the Year 2010 (PDF) award and being ranked #3 on the Amazon.com Best Books of 2010: Business & Investing Top 10.

Throughout her career, Sheena’s work has received much recognition in both academic and popular circles. In 2002 she was the recipient of the Presidential Early Career Award for Social Scientists. Her work has been published in premiere academic journals across such disciplines as economics, psychology, management, and marketing, and is regularly cited in the popular press, including the New York Times and Wall Street Journal, Fortune and Time magazines, the BBC and National Public Radio, television programs such as the Today Show and the Daily Show, and in bestselling books such as "Blink" by Malcolm Gladwell. 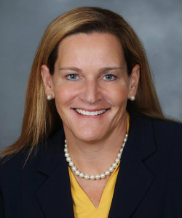 Virginia Albanese, CEO and president of FedEx Custom Critical was the recipient of the 2015 Spirit of Women in Business Award.

She has been recognized for her leadership both at work and in the community. In recent years she has been inducted into the Northeastern Ohio Business Hall of Fame (2013), received the Women of Power Award from the Akron Urban League (2013), and also received the Leadership Excellence Award from the National Diversity Council (2014). Albanese received both her Bachelor of Science degree and EMBA from Kent State University.

READ MORE ON ALBANESE AND THE SWIB AWARD

The conference featured three breakout sessions throughout the day with three options for each session, which provided valuable insights and lessons that could be transferred into the workplace.