2016 Spirit Of Women in Business Bios

2016 Spirit of Women in Business Bios 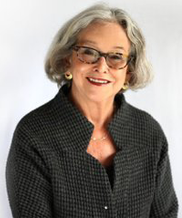 Dr. Kolb is an authority on gender issues in negotiation and leadership, especially how women can negotiate the conditions for their own success while contributing to the effectiveness of their organization.

Dr. Kolb is a principal in Negotiating Women, LLC., a company that provides negotiation training and consultation especially designed for women. Dr. Kolb joined the Simmons faculty in 1977. From 1991-1994, she was Executive Director of the Program on Negotiation at Harvard Law School. She is currently a Senior Fellow at the Program where she co-directs The Negotiations in the Workplace Project. For the fall term 2009-2010, Dr. Kolb will be the Faculty Research Fellow at Michelle Clayman Institute for Gender Research Stanford University. 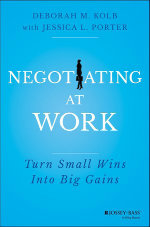 Dr. Kolb has co-authored several books on this subject. Everyday Negotiation: Navigating the Hidden Agendas of Bargaining shows women (and men) how they can become more effective in their everyday negotiations by attending to the dual requirements of the shadow negotiation – advocacy for oneself and connection with others. Her Place at the Table: A Woman’s Guide to Negotiating the Five Challenges of Leadership Success describes how successful women negotiate for what they need to be effective in leadership roles at all levels of an organization. Negotiating at Work offers practical advice for managing your own workplace negotiations: how to get opportunities, promotions, flexibility, buy-in, support, and credit for your work. Negotiating at Work was named Best Negotiation Book for 2015 by TIME and will be available for purchase for the book signing period at this year's Spirit of Women in Business. She was also recently published in the Harvard Business Review with Be Your Own Best Advocate. Dr. Kolb publishes extensively on these topics and regularly presents her work to national and international audiences. 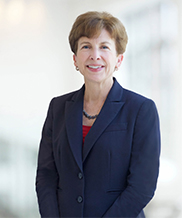 Kathy McElligott is the recipient of this year's Spirit of Women in Business Award. McElligott is executive vice president, chief information officer (CIO) and chief technology officer (CTO) of McKesson Corporation. She holds a Bachelor of Science degree in computer science from Kent State University and a master’s degree in business management from Xavier University.

McElligott was recently appointed to the board of directors at ArcBest, a publicly traded $2.6B freight transportation and logistics company and also serves as board member for Connections to Success, an organization that encourages disadvantaged men and women to achieve economic self-reliance. While in St. Louis, McElligott was a member of the board of trustees for Fontbonne University, the industry advisory council of Washington University and the St. Louis CIO Board. McElligott is also a member of the CIO Strategy Exchange, a small and selective multi-sponsor program for chief information officers from the most forward-looking companies. 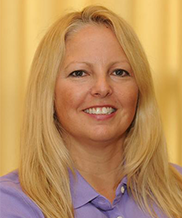 Debbie Buckeye, business manager at ResCare, will be announcing this year's Spirit of Women in Business Award recipient. Debbie earned a bachelor's degree in business management from Hiram College, an associate's degree in business management from Brown-Mackie College and an Executive MBA from Kent State University. Debbie started in the healthcare industry in June 2015 and finds herself applying what she has learned from her Executive MBA from Kent State University.

Before ResCare, Debbie was financial & corporate accounting supervisor, financial analyst and product maintenance supervisor at Cartar Lumber. She formerly owned Buckeye Dance Steps, a Dance Masters of America certified dance studio and school that was located in Ravenna, OH, and is currently pursuing new businesses for her Summit Road location.

Debbie is an outdoor advocate and enjoys several outdoor hobbies.  At age 18, she was the advisor and creator of the Portage County 4-H horse club, “The Equesters,” which is still active in Portage County. Debbie actively mentors current Executive MBA students and is a member and past president of the Kent State University EMBA Alumni board. 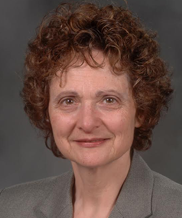 Vivian Goodman is a native Clevelander who grew up mostly in Beachwood. She graduated from Beachwood High School in 1966. She later became one of the first inductees to its Gallery of Success. Vivian studied French at L'Alliance Francaise in Paris and studied German at the Goethe Institute in Munich. She graduated with a BA in philosophy from the University of Chicago in 1970, where she first went on the air at the campus station, WHPK. After college, she traveled in Europe and worked in a dress shop in Amsterdam and for the U.S. Army in Munich. She also briefly operated her own cafe in Brussels, Belgium.

Vivian started working in commercial radio in Akron at WHLO. She has worked mostly in radio news since then in Cleveland and Washington. Since joining the WKSU staff in the late ‘90s, Vivian has contributed numerous news features to NPR newsmagazines and produced hundreds of reports for WKSU, with stand-out coverage of the arts, Cleveland race relations and bullying. In 2012, Vivian launched ‘Quick Bites,’ a weekly news segments on food, farming, drinking and eating. Among her many state and national honors are a Regional Murrow Award from RTDNA, two national Gabriel Awards, being named one of three finalists for a James Beard Award and being named Best Reporter in Ohio by both Ohio SPJ and Ohio AP.