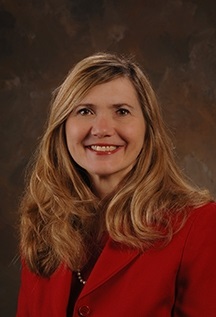 Okey was the first woman to serve as Associate General Counsel for The Goodyear Tire & Rubber Company since its founding in 1898, and she has held three such roles in her 20-year career at the company.

Okey started at Goodyear as a litigation attorney and then became the first woman to hold the position of Associate General Counsel for Litigation. In 2010, she became the first woman to serve on the leadership team of the largest strategic business unit of Goodyear – North America. She joined with the leadership team in achieving the impressive turnaround of the North America business from a $300 million loss in 2009 to nearly $1 billion in segment operating income in 2014. After this success, Okey advanced into her current corporate role.

In each of these roles, she has learned valuable insights and gives practical tips and tools for success and for advancing and managing a career path. She has long been committed to helping and mentoring people at all levels to achieve success and advancement in their careers. She has been a keynote speaker in areas such as Developing Your Professional Presence, Demonstrating Strategic Thinking, Creating Relationships, Managing Your Own Career and Being Aware of Your Brand.