In 2013, Jimoh Adeleke began working at KeyBank and currently works there as a quant modeling analyst. Prior to the MSFE program, Adeleke worked at DSG Consulting Inc. 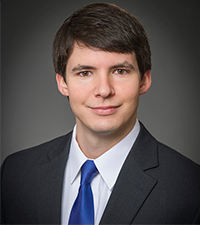 After graduating from the MSFE program in 2011, David Prystash began working at JPMorgan Chase & Co. before transitioning to Key Private Bank.

In 2014, he moved into his current position of assistant vice president and senior analyst for product analytics at PNC Financial Services.

Throughout the years, Prystash has remained involved within the Cleveland community and is currently an active member of CFA Society Cleveland. 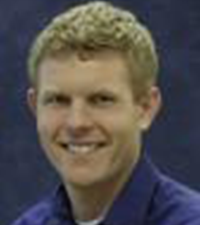 One of Brian Regueiro’s fondest memories of the MSFE program was the trip to the trading floor in New York City.

After graduating in 2011, Regueiro participated in a three-month internship at the National Futures Association as a risk analyst. Once he completed his internship, Regueiro joined the International Justice Mission as an accounting manager before settling into his current position as an analyst at Public Financial Management in 2013.

Regueiro has always enjoyed keeping busy both in his professional and personal life. In his free time, Regueiro enjoys running, playing sports such as basketball and sand volleyball, and other activities such as gardening and woodworking. 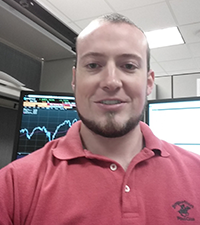 After receiving two promotions in the past couple of years, Erik Van Dootingh was appointed to his current position as the senior quantitative risk analyst at the Federal Home Loan Bank of Cincinnati. Specializing in market risk, Van Dootingh performs a number of tasks, including monitoring and analyzing the balance sheet risk profile, performing statistical analysis and much more.

Van Dootingh not only holds a Master of Science in Financial Engineering from Kent State, but also studied applied mathematics and earned a Bachelor of Business Administration with a specialization in finance as well. 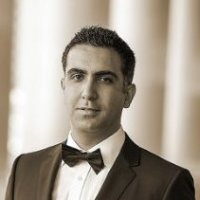 After graduation from MSFE joined Ronin Capital as a quantitative analyst in 2011 and worked on derivatives valuation models and volatility arbitrage strategies. In 2013 joined the ETF team and helped them develop low-latency algorithms for US and global ETF market making.

Currently, Vahid runs a desk of stat arb and market making strategies for the US and global equities. 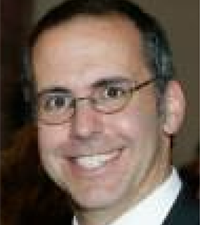 During one of the first days of the MSFE program, Mark Holder, Ph.D., had his students play a trading game and it sparked the interest of Jonathan Cook. A few months after graduation in 2009, Cook found a job doing the very thing that interested him in the MSFE program. That October, he began working at Trading Technologies as a senior alpha trader and has remained there ever since.

In his free time, Cook enjoys watching sports and playing board games with his wife and two children.

During the financial crisis of 2008, Larry Catsonis recommended several investments to the KSU hedge fund that proved to be quite successful. Catsonis then traveled to Houston, Texas to work as an account manager with Trading Technologies. In this position, Catsonis was responsible for software sales and support.

Since then, Catsonis has returned to Ohio and is currently pursuing new opportunities in finance in the Northeast Ohio region. He enjoys researching investment ideas and strategies, as well as playing soccer. 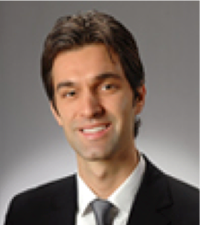 Mr. Milcetich is a Senior Managing Director and COO for Huntington’s Capital Markets group. He is primarily responsible for the efficient operation of all businesses within the Capital Market’s umbrella; including interest rate and commodity derivatives, foreign exchange, institutional sales and trading, debt capital markets, and public finance. He is also jointly responsible for new markets, products and strategy development across the business lines.

Prior to Huntington, he worked at KeyBank as a Senior Vice President and the Group Head for KeyBank's Interest Rate & Commodity Derivatives group and the FX Trading team as a provisionally registered Swap Dealer. The team of sales, middle office, and trading professionals provide interest rate and commodity risk management solutions for a wide range of clients within the Corporate, Commercial and Public Sector segments. Prior to Key, he worked at Parker Hannifin Corporation as a project engineer designing custom hydraulic, pneumatic and electromechanical systems for industrial applications. 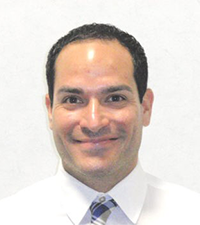 As the current market risk officer at Third Federal Savings and Loan, Joseph Varcelli is responsible for establishing, implementing and maintaining a risk management program that can identify, assess, monitor and control market risks. Varcelli had been interested in risk management years before coming to Third Federal Savings and Loan, having held similar positions at KeyBank National Association.

Varcelli’s experiences in the MSFE program helped develop him personally and professionally. He is active in a few industry organizations such as the American Bankers Association and the Global Association of Risk Professionals. In the MSFE program, Varcelli says he enjoyed interacting with and learning from students from a variety of backgrounds.

He carries his desire to learn about other cultures into his personal life by traveling with his wife Tonya in his free time. 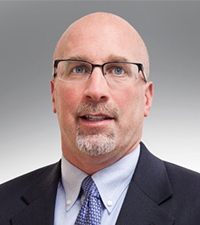 Before entering the MSFE program, Michael Garruto had nearly 15 years of experience working as a field engineer, design engineer, project engineer and project manager. After earning his degree, Garruto worked for KeyBank for several years as a consumer pricing and portfolio management analyst and manager and interest rate derivatives trader.

In 2010, he made the move to Aleris International, Inc. as the director of Risk Americas, where he hedges commodity price risk for aluminum, copper, zinc, natural gas, diesel fuel and FX exposures.

Garruto enjoys distance running in his free time and has run several marathons since he was in his 20s.