Alum Credits His Success to EMBA for Healthcare Professionals Program

“I was just recently promoted to Chief Medical Officer of University Hospitals,” Anderson said. “I think the skills I acquired while getting my Executive MBA degree for Healthcare was definitely a key factor in my promotion.” 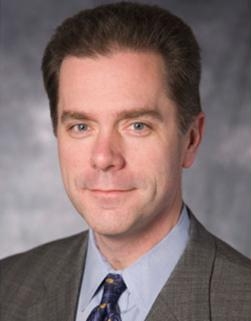 Anderson said he looked at several schools where he could pursue his MBA, but found Kent State’s program to be the best fit. He said the program’s focus on the healthcare industry was a determining factor. He found what he learned in the classroom he could immediately apply to his day to day work.

He said he especially appreciated the emphasis on strategic programming, such as human resources; which is pivotal to what he currently does overseeing 14 hospitals.

“I also liked that it combined in-class instruction with online learning; it fit my hectic lifestyle,” Anderson said.

One thing that appealed to Anderson that he hadn’t considered prior to applying was the impact of his fellow students in the program. He said he found it very beneficial since his peers represented all facets of the healthcare industry bringing varying insights and actual experiences to the classroom.

“The program drew from all over Northeast Ohio, not just Cleveland and University Hospitals,” Anderson said. “I liked interacting with professionals from Kent, Akron and other hospitals. It added a great deal to the program.”

Anderson said each day he sees the positive effects of his decision to pursue his Executive MBA at Kent State. “What I’ve learned has made me more strategic in planning and implementation, which in turn makes my day to day operations manageable and effective,” Anderson said.