College of Business Administration Alumnus Greg Long to be Featured as Part of May 4, 50th Commemoration 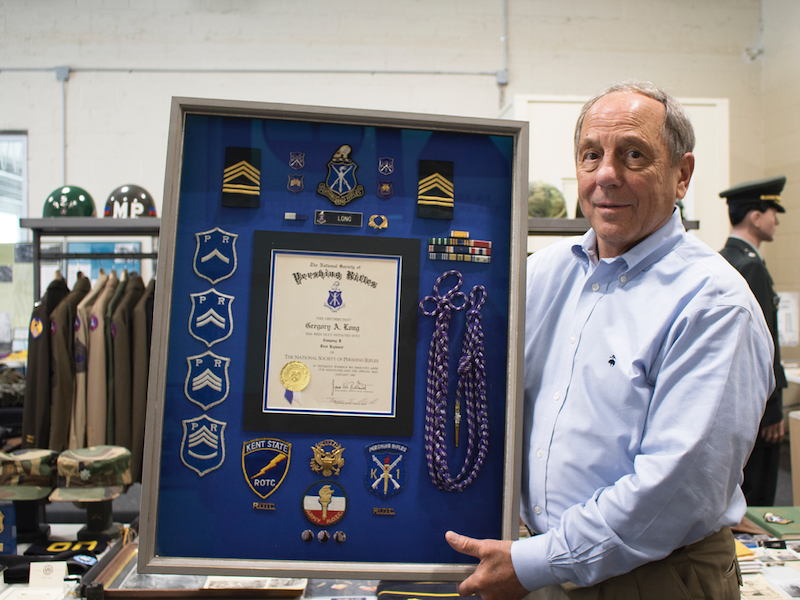 As a business student serving in the ROTC at Kent State in 1970, retired Lt. Colonel Greg Long ’71 has a unique perspective of the events surrounding May 4, 1970.

Long, along with Rick Krumel '71, Dave Rust and Rod Myers '71, other members of the Kent State ROTC during that time, will be featured during a special event on Thursday, November 7, 2019 in Kent State Student Center KIVA as part of the University’s May 4, 50th Commemoration events. “Honoring Those Who Served in ROTC in 1970” will bring together a panel of ROTC members to recount and discuss their personal experiences related to May 4, 1970 including the burning of the ROTC building and the loss of ROTC cadet William Knox Schroeder.

Following his graduation from Kent State in 1971, Long has remained engaged on campus. He serves as treasurer and chair for the Committee on Finance on the University’s Foundation Board, is a member of the College of Business Administration’s National Advisory Board and chair of the College’s Accounting Advisory Council. When asked to speak as part of a panel for the May 4 commemoration, Long was proud to accept the invitation.

“I’m looking forward to finding a few of my old friends to come back to campus and be on a panel with me on November 7,” Long said. “Kent State was – and still is – an amazing place and I enjoy giving back.”

From his Wooster, Ohio office at the accounting firm he launched in 1983, Long recounts the time period leading up to the events of May 4.

On Friday, May 2, 1970, Long celebrated his 21st birthday with his Kent State fraternity. As the weekend went on, Long witnessed the protests and growing unrest on campus. On Saturday, May 3, the ROTC building on campus – constructed as a temporary building during World War II – was set on fire by protestors. As firefighters worked to extinguish the flames, Long recalls, protestors cut the water hoses, causing the structure to burn to the ground.

“We (ROTC members) had uniforms and weapons in the building, so when the building burned down, we all lost a lot of equipment,” Long recalled.

Long was assisting with sifting through remains of the fire to inventory weapons on May 4 when the shots were fired.

“Once the shootings happened, everyone was ordered back to their rooms and off campus,” Long said. “People were stranded for a little while – those who were ordered to leave campus had to wait to be told when they could come back. It made time stand still a little bit – it was a traumatic experience.”

As a member of ROTC, Long felt the aftermath of May 4, 1970 in a uniquely personal way.

“Being in ROTC, you were viewed differently,” Long said. “Following May 4, we no longer met on campus and we never wore our uniforms.”

Long plans to share memories of May 4, 1970 – and the days surrounding it – at the November event. Other members of the Kent State ROTC in 1970 who are interested in participating in the event are asked to contact Long at greg@lcs-cpa.com.

The event is is free and open to the public, but registration is required at http://bit.ly/May4ROTC. A panel discussion will begin at 6:30 p.m., followed by a reception at 7:30 p.m.

For a complete list of May 4 commemoration events and updates, visit https://www.kent.edu/may4kentstate50.