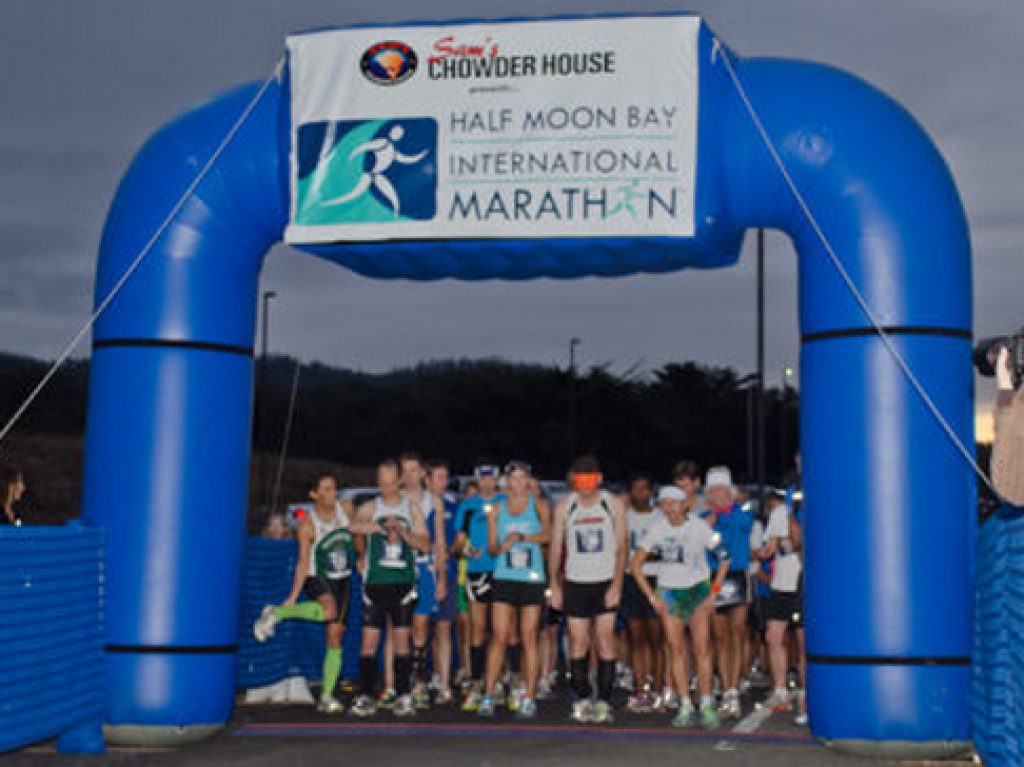 The Half Moon Bay International Marathon (HMBIM) released this week the results of an Economic Impact Study conducted by the Department of Economics at Kent State University which outlined the impact made by the 2013 event.

The study showed a total of $594,312 of direct spending by athletes, and another $973,823 in generated indirect spending, with 75% of the 2013 athletes having travelled from outside San Mateo County.

“The entire HMBIM team is very excited to receive Kent State’s report,” said Eric Vaughan, HMBIM Executive Director. “We couldn’t be more pleased with what the HMBIM has delivered to the entire Half Moon Bay community. In 2013, we sold out for our 3rd straight year, welcoming athletes from 40 states and 6 countries, provided direct contribution to local charity organizations, founded the new JUST RUN outreach program to students, and now we understand the economic benefits delivered to the greater community. We’re very proud.”

The data included direct and indirect spending measurements of athletes from outside San Mateo County, guests of County athletes, as well as the amount of money spent by local athletes.

The HMBIM organization worked with Dr. Shawn M. Rohlin in Kent State’s Department of Economics, organizing the relevant questions of the post-race survey of athletes to gather the data necessary for the analysis. The University’s full report is available on the HMBIM Web site.