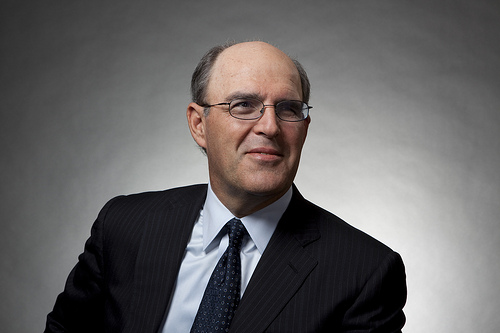 The event, part of the BizTech Talk series presented by the Center for Information Systems, will take place at Cartwright Hall on the Kent State campus.

“We are excited to have Michael Capellas as our inaugural speaker for the BizTech Talk series hosted by the Center for Information Systems,” said Dr. Drew Sellers, director of the Center for Information Systems and associate professor of accounting. “The series will bring informative and provocative thought leaders to northeast Ohio and will provide a valuable opportunity for the business and technology communities to share insights on the impact of emerging technologies on business and our society as a whole.”

Capellas, of Atlanta, GA, is founder and CEO of Capellas Partners, a strategic technology advisory firm. He serves on the boards of Flex (Chair), Cisco, JDA (Chair), Cylance and Solace Systems. He is a senior advisor to Blackstone and is also on the Advisory Board of Kony.

A four-time corporate CEO, Capellas’ career as a global technology leader has spanned from innovative technology start-ups to large corporate turnarounds. He spent the first decade of his career at Schlumberger, followed by positions at software leaders Oracle and SAP. In 1999, he was named CEO of Compaq Computer Corporation and a year later, added the title of chairman. During his tenure, the company was recognized as the global leader in computer servers. He was named president of Hewlett Packard following the merger between Compaq and HP.

In 2002, Capellas was recruited as chairman and CEO of Worldcom post- bankruptcy and

internet traffic. After the restructuring, WorldCom relisted on the NASDAQ as the new MCI.

After Verizon acquired MCI, he was named chairman and CEO of First Data Corporation, a global leader in payments and electronic commerce.

From 2009 through 2012, Capellas became founding chairman and CEO of VCE, the

Virtual Computing Company, a joint venture between Cisco, EMC and VMware which

developed and commercialized an innovative platform for cloud computing. During his

tenure at VCE, Capellas co-chaired the Federal Commission on Deployment of the Cloud

(Cloud2), comprised of 71 leading U.S. companies and universities, who finalized a set of

overall U.S. competitiveness in the world.

To register for the event, visit http://bit.ly/BizTechTalk

Kent State University's College of Business Administration is among the fewer than 1% of business schools worldwide to receive dual AACSB accreditation in both business and accounting.

The College grants undergraduate through Ph.D. degrees and is one of only three public business colleges in Ohio to offer a comprehensive Ph.D. program. The MBA program is offered in-person and online in an accelerated format. In addition, the College offers an Executive MBA program. The M.S. in Accounting and M.A. in Economics are specialized master's degrees for those seeking advanced study in these disciplines. The College also offers a Master of Science degree in Business Analytics (MSBA) that spans all industries and organizations. The college boasts 10 undergraduate majors, 14 minors and a Professional Sales Certificate program.

The Kent State College of Business Administration is ranked as a top business college in Ohio by U.S. News and World Report, ranks as one of the nation’s Best Business Schools by Princeton Review, is ranked Tier One for both MBA and Executive MBA programs in North America by CEO Magazine and ranked by the Sales Education Foundation (SEF) for Professional Sales Education. The College is committed to sustainability as an Advanced Principles for Responsible Management Education (PRME) signatory and is recognized by the Sales Education Foundation as a top university for professional sales education.