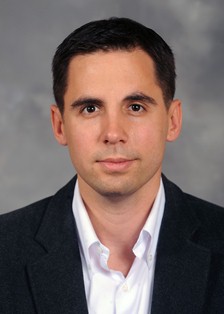 Each spring the Mid-American Conference (MAC) brings the feel of March Madness to downtown Cleveland and Quicken Loans Arena (The Q) with the FirstEnergy MAC Men’s and Women’s Basketball Tournament. As a result, the 2013 tournament brought an annual economic impact of $14.5 million for the city of Cleveland, based upon a study by Kent State University.

This past spring, Kent State’s College of Business Administration conducted a study on the economic impact of the four-day tournament on the local Cleveland economy, led by Shawn Rohlin, Ph.D., from the university’s Department of Economics. The 2013 Tournament attracted 28,776 fans and supporters to downtown Cleveland and had a genuine effect on the local economy.

“The Mid-American Conference is proud to be headquartered in downtown Cleveland and have the ability to showcase the city and region throughout the year,” said Mid-American Conference Commissioner Jon A. Steinbrecher, Ph.D. “This study helps illustrate the economic engine provided by this event. The impact of the event is sizeable and significant. As well as having developed into an annual sports tradition in Cleveland, it is also an event that is furthering the growth of Cleveland.”

Attendees spent approximately $6 million in direct economic spending, excluding ticket sales. This is largely in part to hotels, restaurants and entertainment, and using Cleveland’s regional input-output model and regional data, the event produced roughly $8.5 million in additional and indirect spending, resulting in a total economic impact of $14.5 million. The large surge in final demand led to increased earnings in Cleveland of approximately $6.2 million and created the equivalent of 262 jobs. Ultimately, every $1 spent during the MAC Tournament supported Cleveland’s economy by an extra $1.41.

“For anyone that has experienced MAC Madness inside Quicken Loans Arena, they know what an exciting, well-run tournament it is, year after year. Outside The Q, our entire community has learned what a significant economic impact it generates. We're very proud to be a part of this and have enjoyed our special relationship with the MAC in helping grow this event into another successful Cleveland tradition,” said Len Komoroski, CEO of the Cleveland Cavaliers and Quicken Loans Arena.

The study was conducted using data collected from a post-event survey that was disseminated to all attendees who purchased tickets online through The Q Arena, as well as those who signed up for the survey during the Friday and Saturday evening sessions.

“Aside from being a fantastic tournament each and every year, the MAC Basketball Tournament continues to drive substantial economic activity in our region,” said David Gilbert, president and CEO of the Greater Cleveland Sports Commission. “The event has become a fantastic sports tradition that MAC basketball fans and Clevelanders circle on their calendars every year.”

“The MAC Basketball Tournament has a profound economic impact on the Cleveland economy largely due to its ability to attract out-of-town visitors with an estimated 70 percent of attendees coming from outside the region,” Rohlin said. “Data analysis revealed that out-of-town visitors used the MAC Basketball Tournament as a reason to visit the city of Cleveland and partake in multiple attractions the city has to offer including Cleveland’s cultural, entertainment and restaurant attractions.”

Next year’s FirstEnergy MAC Men’s and Women’s Basketball Tournament will mark the 15th year in Cleveland’s Quicken Loans Arena. The MAC and Quicken Loans Arena will be the longest current neutral site venue for a conference tournament site in college basketball.