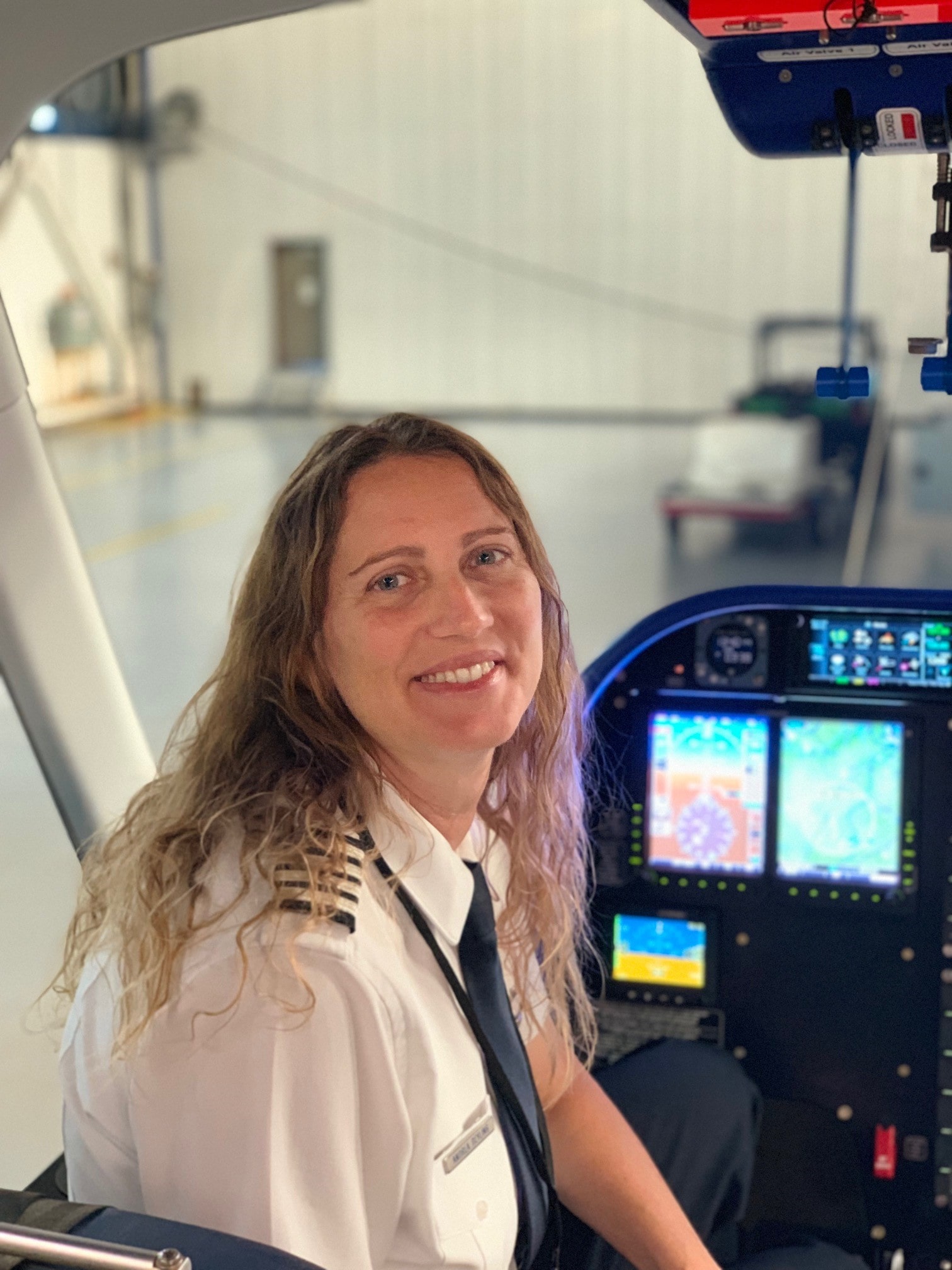 Andrea Deyling ’19 began flying airplanes at Kent State University as a flight student, then became a certified flight instructor (CFI). After graduating with honors, with a bachelor’s degree in Aerospace Technology, she worked in Kitty Hawk as a pilot and safety instructor (eVTOL aircraft), then as an Airship Ventures/Zeppelin pilot, a high degree operations/chief airship pilot.

She is currently a pilot with Goodyear Tire & Rubber Company. She made the transition to airships, first flying traditional blimps and later semi-rigid Zeppelins with technology such as fly-by-wire systems and vectored thrust/hover capabilities.

Her airship career has ranged from commercial passenger operations to scientific missions requiring Naval Aviation Survival Training. Deyling also spent several years working and sailing on educational tall ships and had the opportunity to circumnavigate the world. Many skills and experiences from the aviation and maritime industries have positively transferred between her two professions and led to a position working with eVTOL aircraft operating over water.

Deyling’s hometown is Maple Heights, Ohio and is currently based out of Wingfoot Lake Airship Base. At this point in her career, she has more than 20 years of experience flying airships, Zeppelin NT, eVTOL aircraft, single and multi-engine Cessnas and Pipers and has 4,000 total (3,000 airships, 1,000 airplanes).

Deyling is a speaker at the College of Aeronautics and Engineering’s April 2 Safety Conference and will speak on “Maintaining Proficiency after Flight Training After leaving the flight training environment.” She was inspired to lecture on this topic considering professional pilots normally receive formal training only once or twice a year, and for general aviation pilots, the time frame is commonly even longer.

Those who listen to her will learn various methods to maintain the utmost competency in the cockpit after flight training. This presentation includes the personal tactics of professional pilots hailing from a broad range of backgrounds and flight environments. Take away techniques and practices that you can implement in your flying to achieve the highest level of proficiency and safety wherever your flight path takes you.