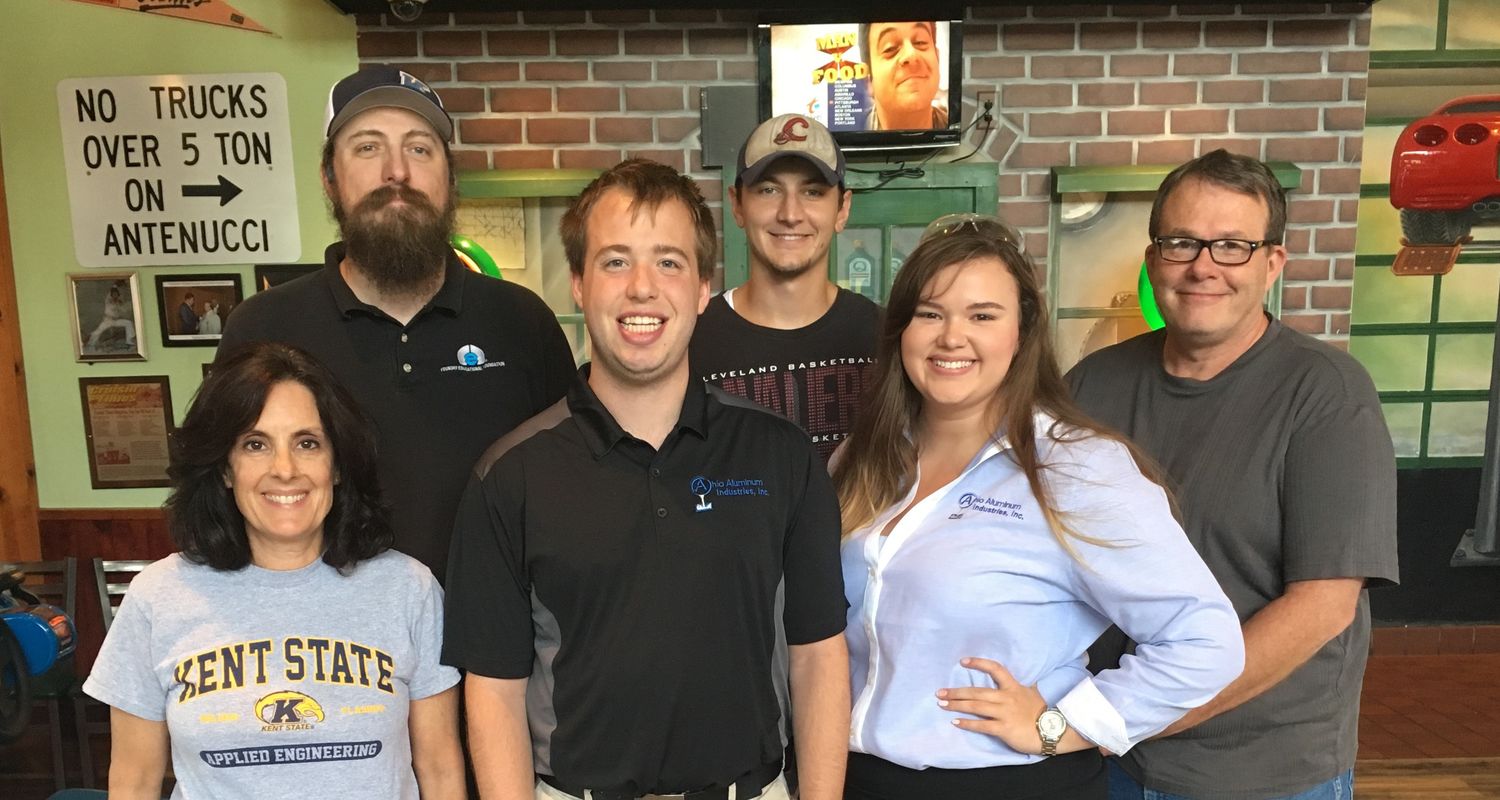 Welcome to the College of Aeronautics and Engineering (formerly CAEST) Newsletter for August 2017.

The College of Aeronautics and Engineering will host the first, collegiate aviation-themed hackathon, SkyHack, during homecoming weekend, October 13-15, 2017. The event sponsor, Burton D. Morgan Foundation, is celebrating its 50th anniversary in honor of Burton Morgan’s love for aviation. Since this is also the 50th anniversary of our flight technology program, the foundation thought that we would make a great team!
What is an aviation hackathon you ask? SkyHack is a weekend long event in which students will come together to provide a solution to a challenge or “pain point” relating to the aviation industry. The solution may be a procedure, an idea, an app, a “widget,” an article of clothing, etc.

The event will primarily take place in the Aeronautics and Technology Building (ATB) on the Kent State University-Kent campus. The opening and closing ceremonies will be in the Kiva.
College students from any university with any major may take part. Participants will form teams and choose a challenge to focus on during the weekend. Each challenge stream will have a $1,000 prize and Burton D. Morgan is providing a $10,000 grand prize!

The event is free to participants and food will be provided. Because there is such a short time to “hack,” participants are not provided sleeping accommodations; however, quiet rooms in the building will be available if they would like to catch a few winks. In addition, all participants will have access to the Kent State Recreation and Wellness Center during the event. Registration opened on August 1, 2017. Two hundred participants are expected. If you would like more information about the event or would like to be a mentor, sponsor or provide swag for the gift bags, please go to http://www.kent.edu/SkyHack.

(featured photo). John Lyon, Program/Sales Manager for Ohio Aluminum in Cleveland took a chance on three Kent State interns from the College of Aeronautics and Engineering and now he has three, full-time permanent workers who have surpassed his expectations. Ohio Aluminum Foundry is a leading producer of complex aluminum castings using dry sand, green sand and permanent mold processes. They make parts for the aerospace/aircraft, automotive, commercial and defense industries. Like many companies in northeast Ohio and around the country, their workforce is aging. John’s decision to reach out to Kent State University’s Applied Engineering program to recruit some new talent has proven to be mutually beneficial. Evan Palcho and Brad Melville were hired as interns for fall semester 2015. Evan was officially hired after he graduated in December 2015. Brad was hired after he graduated in May 2016. Lannan Dick was offered an internship position in fall of 2016 and brought on permanently after she graduated in December of 2016. John Lyons said, “Kent State University’s Applied Engineering and internship program has proven to be an extremely valuable resource to Ohio Aluminum. I would highly recommend this program to any company looking to fill their engineering needs.” The College has been Foundry Educational Foundation (FEF) certified since 1969 and has an American Foundry Society (AFS) student chapter. The students that participate in AFS often have jobs lined up before they graduate and are at the top of the pay range for applied engineering graduating students. Evan, Brad, and Lannan are members of AFS as students at Kent State.

Four years ago, the college chose to develop an internship/co-op program. The success of the students hired by Ohio Aluminum demonstrates the value in having interns to the company. Having the opportunity to see what students can do and whether or not they will fit in before investing too much time and money in them is a plus. At the same time, the students are paid to receive practical hands-on experience in the real world and maybe even a job offer at the end. 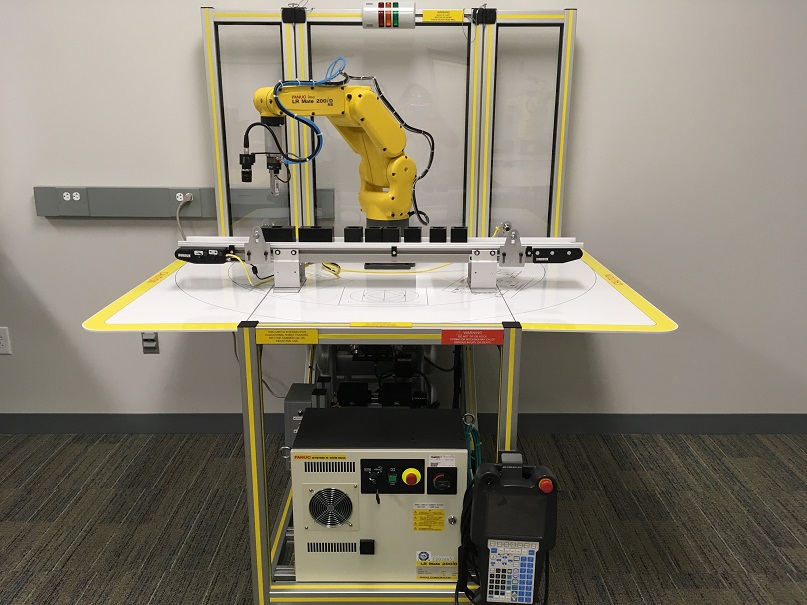 The Robots are Here

The College of Aeronautics and Engineering invested in their students’ futures by purchasing four fenceless, FANUC robots and ten teach iPendents. Beginning Spring 2018, students in several of the college’s programs may take a Robotics course using the new FANUC robots. At the end of the course, students will have the opportunity to go through the process to receive the FANUC Robotics CERT I industry credential. This course in conjunction with the existing programmable logic controller course (PLC) taught on Allen-Bradley/Rockwell Automation equipment, allows students to obtain the hands-on skills they need to be job-ready upon graduation. As an aging workforce retires and technology advances, there is a growing skills gap in advanced manufacturing in the United States, and graduates of this program often have multiple job offers.