The College of Architecture and Environmental Design is pleased to announce new faculty for Fall 2021. 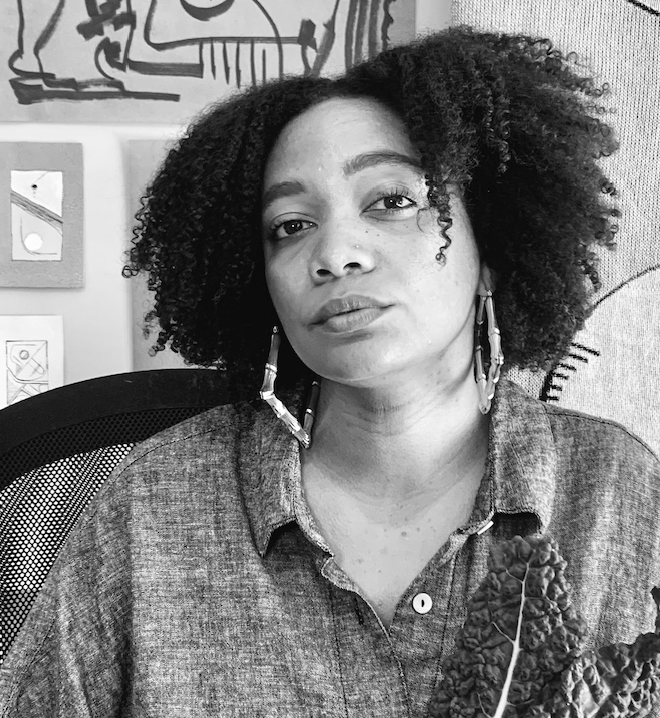 In 2018, Mimms Scavnicky founded a design practice with partner Ryan Scavnicky called MISC Partners. MISC Partners places identity at the forefront of each project, showcasing a collaborative process with the client to achieve a sophisticated level of design paired with a touch of client authorship. She previously practiced as a designer at Studio Techne Architects in Cleveland and RED Architecture & Planning in Columbus.

Mimms Scavnicky’s research and teaching agenda focus on how art and architecture can and should engage with the world as activists. In addition to her work at firms, she has an active practice of designing textiles which reflects her interest in ornament and its relationship to identity. Recent work features her meditative drawing process which serves as a journey to define a connection with her unknown African ancestry. Combining meditative drawing with her technique of Honor Strategizing, Mimms Scavnicky’s work transcends two dimensional art to create spatial conditions that allow identity-making for the inhabitant while also representing her African heritage as the designer.

Prior to joining the faculty at Kent State University, Mimms Scavnicky taught at the former School of Architecture at Taliesin as Co-Visiting Teaching Fellow where she created an environment for the students to not only think critically about the architectural discipline they will inherit but also the techniques and philosophies they will need to employ as they attempt to advocate for the needs of society in future projects. She is determined to further expand the discourse about culturally inclusive design elements and frame racially biased architectural elements as a thing of the past. 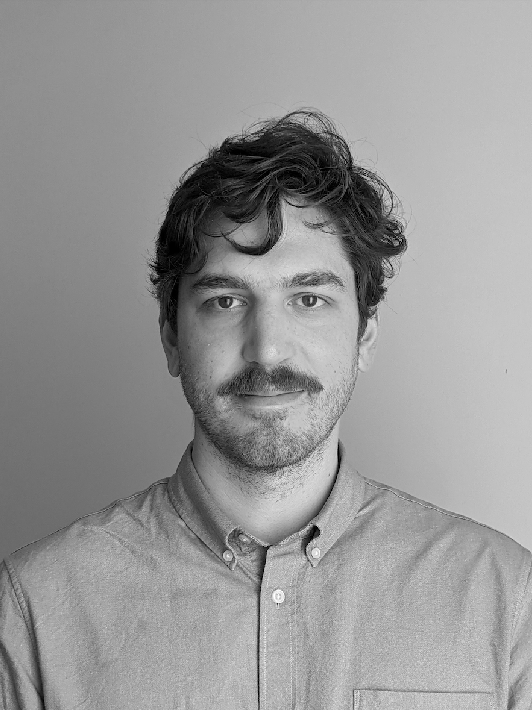 François Sabourin is a designer, educator, and half of the collaborative project yyyy-mm-dd with Kate Yeh Chiu. His research seeks to conceive architecture within the loose conditions of instability and indeterminacy, with work ranging from software tools to structural installations and architectural robotics. He has published articles in PLAT, ACADIA, Pidgin, and PLI and his work has been featured in The Guardian, Architectural Review, the Architect’s Journal, and Dezeen. He has participated in exhibitions in Paris, Oslo, Ottawa, Montréal, and Québec City. François holds a B.Sc. in Architecture from McGill University and an M.Arch from Princeton University, where he was the recipient of the Suzanne Kolarik Underwood Prize. He was previously teaching at McGill University and has worked in architecture practices in New York City and Montréal. 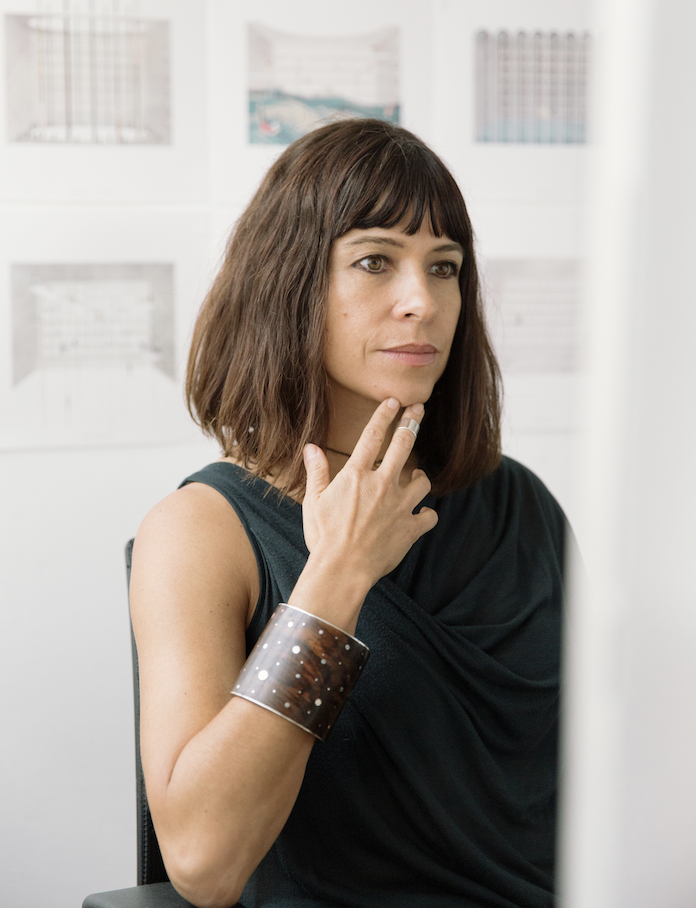 ROZANA MONTIEL is the founder and director of the Mexican office ROZANA MONTIEL | ESTUDIO DE ARQUITECTURA (REA) focused on placemaking and design with social impact. Her projects include public space infrastructure, housing, workspaces, industrial units, furniture design and art installations. Her architecture is for “Beauty as a basic right” seeking to design inclusive, sustainable spaces. Coming forth in September is her expo BLANK IN THREE ACTS which will feature fifty of her projects within the framework of the 2021 MEXTROPOLI Architecture and the City International Festival in Mexico City.

In early 2021, Montiel obtained Honorable Mention in the Fassa Bartolo International Prize for Sustainable Architecture for the “Court” project. In 2020, she was a finalist for the Oscar Niemeyer Award for her pro-bono project “Ocuilan House” built for a disadvantaged family whose home was destroyed in the Mexico 2017 earthquakes. In 2019, she was the winner of the Global Award for Sustainable Architecture awarded by the Cité de l’Architecture; and served as curator at the Ibero-American Biennial of Architecture and Urbanism (BIAU) in Paraguay. Also in the 2019 Glocal Design Magazine Noldi Schreck Awards, she won 2nd place in the Corporate Interior Design category for the “KTBO Office” project and 3rd place in the Social Housing category for the prototype project “From Territory to Inhabitant”. In 2018, her project “Common-Unity” earned her the MCHAP Award for Emerging Architecture; as well as the 1st. place in the Moving category of the Miami Archmarathon Awards and the Overall Award. In 2017, she received the Moira Gemmill Prize for Emerging Architecture recognizing her professional career; and was selected by the Rockefeller Foundation and the Jumex Foundation for Contemporary Art for an artistic research residency at the Bellagio Center in Italy. In 2016, she was a finalist for the Schelling Architecture Award; and was winner of the Emerging Voices Award granted by the Architectural League of New York. 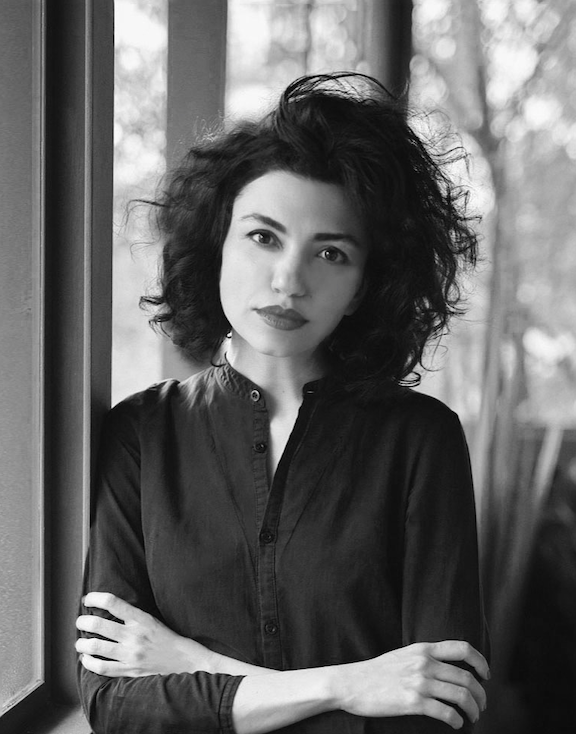 Sana Frini is a Tunisian born architect that unites theory and practice by combining academic and research backgrounds with the professional activity of Locus, a young office founded in 2020. She has been leading projects in Social Housing, Post-earthquake reconstruction projects, Art Installations and projects for the academia. Her interests are focused on The Global Southern Practices to make architecture such as participatory processes, hand-crafted manufactured systems, post-vernacularities and local reintegrations. She has been awarded the Erasmus Fellowship (2008) the Erasmus Mundus Fellowship (2013) and The Mexican National Art Creators System Grant (2020). Her work has been shown in The Lisbon Architecture Triennale (2013), The Chicago Architecture Biennial (2018) and the Mexican Abierto Mexicano (2019). She also has been appointed as Visiting Critic at Cornell AAP (Spring, 2021). 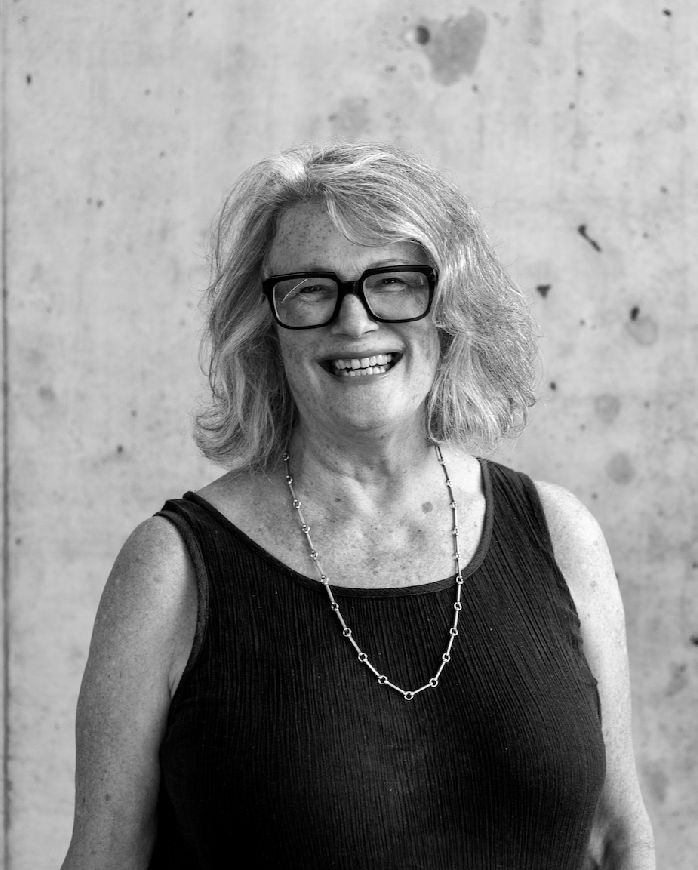 Lynn Chalmers, Ph.D., is a globally renowned interior design educator.  She has led design programs in Winnipeg, Canada (University of Manitoba) and Adelaide, Australia (University of South Australia). While in Australia she was the founding chair of Interior Design/Interior Architecture Educators Association of Australasia and chair of the editorial board of its innovative IDEA Journal. She holds a Doctor of Philosophy from Ryerson University in Toronto, with a dissertation titled: “Personalia And Women’s Spatial Practices In the Routine Office.” She has edited special issues of the Journal of Interior Design and Interiors: Design Architecture Culture, and has essays included in two influential theory readers -- Interior Tool/Interior Tactics and Thinking Inside the Box. Her most recent publication is the chapter “Women as Agents of Change In the Design of The Workplace” in Design and Agency (2020, edited by John Potvin and Marie-Eve Marchand). Before becoming an academic Prof. Chalmers worked for over a decade as a professional interior designer in Adelaide.