Former KSU postdoctoral researcher Jinhui Chen has been awarded the 2012 George E. Valley, Jr. Prize by the American Physical Society (APS) in recognition of work done while he was a Kent employee. 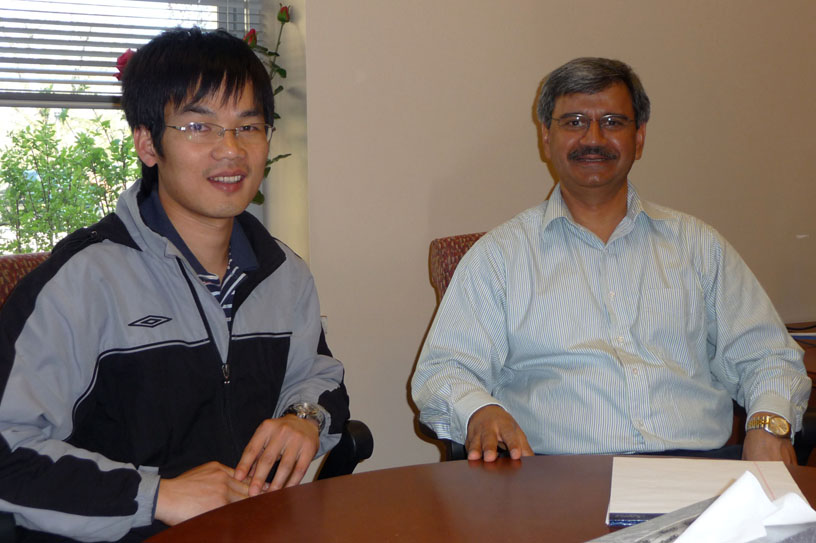 The Valley Prize is the most prestigious award from the APS for an early career physicist (within 5 years past the PhD), and is highly competitive, being open to all areas of physics.  It is awarded every two years “for an outstanding scientific contribution to physics that is deemed to have significant potential for a dramatic impact on the field”.  The nomination was submitted to APS by KSU Prof. Declan Keane, and the citation states

“In recognition of his discovery of the first antimatter hypernucleus and his seminal contributions to the study of partonic matter using phi mesons produced in relativistic nuclear collisions.”

After leaving his postdoc fellowship at Kent, Dr. Chen took up a career position at the Chinese Academy of Science in Shanghai, where he currently holds the rank of Associate Physicist.   This is the first time the Valley Prize has gone to someone at a non-US institution. For more details about the discoveries for which Dr. Chen has been recognized, please refer to a story at Nature.com.