Donald Palmer, Ph.D., has been named interim dean of the Honors College.

Kent State University Senior Vice President for Academic Affairs and Provost Todd Diacon has announced that Donald Palmer, Ph.D., has been named interim dean of the Honors College. Palmer currently serves as professor in Kent State’s Department of Geology. He has worked at Kent State for nearly 40 years and has served as chair of the geology department. 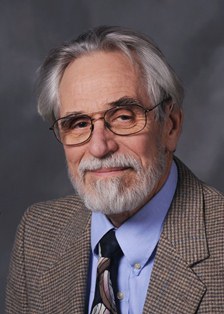 Palmer will serve as interim dean of the Honors College from Aug. 1, 2012, through June 30, 2013. He succeeds Donald Williams, Ph.D., professor of economics at Kent State, who is taking a year-long sabbatical in Luxembourg and returning to teaching.

“Don Palmer’s service will bring stability, wisdom and experience to the college, while allowing us to conduct a national search for the next dean,” Diacon said. “My deepest thanks go to Don Williams for a job well done in the Honors College, and I wish him the best on his upcoming sabbatical in Europe. Our honors students are indeed fortunate to have the ‘two Dons’ in their lives.”

Palmer joined Kent State in 1974 as assistant professor of geology. He earned a bachelor’s degree from Occidental College in Los Angeles, and master’s and doctorate degrees from Princeton University. Palmer served as director of the Water Resources Research Institute at Kent State from 1987 to 1993. He has been honored with the Kent State University Alumni Award for Teaching and the university’s Distinguished Honors Faculty Award.

Palmer’s research has been supported by the National Science Foundation, the Los Alamos Scientific Laboratory and the U.S. Geological Survey. He is a member of the American Association for the Advancement of Science, the American Geophysical Union, Sigma Xi (The Scientific Research Society) and the American Institute of Professional Geologists.