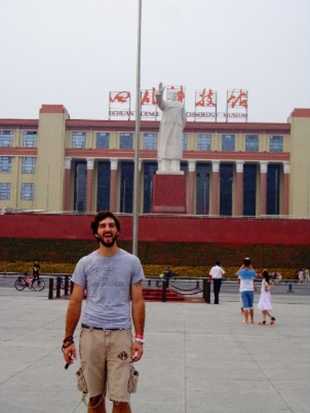 This summer, the Kent State University College of Communication and Information (CCI) will send 20 students and one faculty member to China for a 17-day summer immersion program at Sichuan University. While this is the first CCI-exclusive trip of its kind, it is not the first time Kent State has offered a trip to study at Sichuan.

Senior communications studies major Nathaniel Choma previously participated in a Sichuan program in the summer of 2013. He recommends the program to anyone looking to study abroad.

“The college itself is very accommodating and incredibly helpful, and there is an endless amount of things to occupy your time while you’re there,” Choma said.

While in China, Choma participated in a tea ceremony class, as well as private Mah Jongg classes. Mah Jongg is a Chinese game played using small, plastic tiles. To win, the player must collect the most winning tiles.

Choma recommends anyone traveling to Sichuan try “street barbecue,” a kind of restaurant where food is cooked outdoors on a grill.

“All the food is on skewers, and it’s some of the best food you’ll ever have,” Choma said. “Since I couldn’t speak Mandarin, it allows you to get all your food without having to worry about the language barrier.”

Choma has also traveled abroad to Romania for a mission trip, but he said European travel does not compare to his experience in China.

Choma said studying abroad has increased the value of his educational experience at Kent State.

“I have a larger appreciation for my home school of Kent State and what they’re offering me as a student,” Choma said. “I also have an incredible love for a new place I hope to return to.” 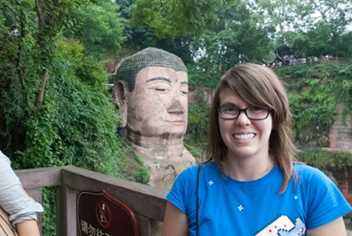 Kent State University photo-illustration alumna Emily Engle, ’14, wanted to make the most of her summer in college. Instead of working or interning, she spent two summers at Sichuan University in China.

Engle participated in the study abroad program in the summers of 2013 and 2014. Her cousin, a photographer for National Geographic, inspired her to choose China as her destination.

Engle considers the friends she made on her study abroad trip the biggest takeaway from her experience.

“I was really blessed to have a group of Kent State and Sichuan University friends that felt like a second family,” Engle said. “We all still keep in contact even though we’re all in different countries and states now.”

Engle also credits her experience in China for making her a better problem solver and more open to the experience of traveling. 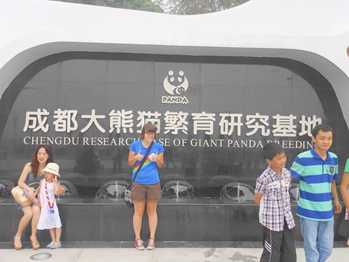 “I was very much a creature of habit before I went to China,” Engle said. “After being thrown into a country where you can’t speak the language and the culture is different, you learn to adapt very fast.”

At Sichuan University, Engle took classes such as 3D Infographics Animation and Chemistry in the Bible.

“They sounded like really interesting classes, and they weren’t something that I could take back at Kent State,” Engle said. “I thought this was an excellent time to be able to take something different.”

Engle says she walked away from both of her trips to China with a newfound view on her passion for photo-illustration.

“It gave me a new perspective on the world,” Engle said. “I was able to channel my experiences, thoughts and other aspects into my photojournalism projects.”

Photo caption (bottom): Chengdu Panda Base is a nonprofit research and breeding facility for giant pandas and other rare animals. It is located in Chengdu, Sichuan, China. Chengdu Panda Base was founded in 1987. It started with 6 giant pandas that were rescued from the wild. By 2008, it had 124 panda births, and the captive panda population has grown to 83.
Story by Maggie Wachtel