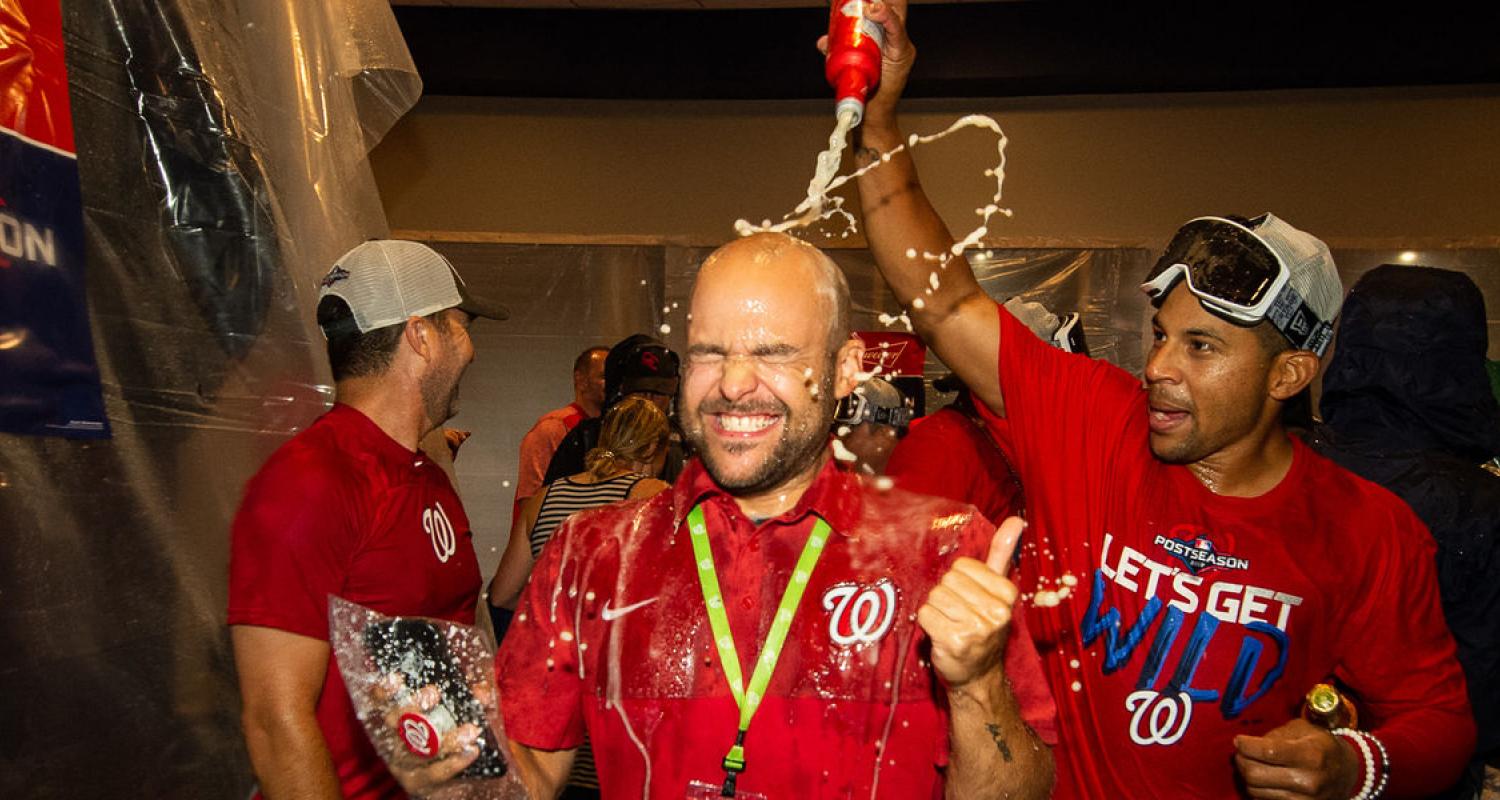 As the Washington Nationals marched their way toward a World Series victory in 2019, Kent State alumnus Dan Armelli was the face behind the team’s social media presence.

The Mentor, Ohio, native earned a degree in public relations from Kent State in 2017, and after honing his skills as an intern with the Cleveland Indians, he left in late 2018 for a new challenge as Manager of New Media with the Nationals.

“Ever since I knew I wanted to work in social media for a pro sports team, the dream was to win a championship with a group of players that were fun and recognized what my role was and were able to play to that,” Dan says. “That’s exactly (what happened) with this team. There are so many guys that are not only great players, but they’re fun to work with and make my job so much easier.”

Being crowned World Series champs was an unexpected arc during Dan’s first season with the team after a shaky start. But the team, which had never made it to the league championship series or World Series until 2019, eventually caught fire and became one of the best sports stories of the year.

“People here have literally never experienced this before, and it’s my job to help capture and deliver this content that these people have never seen. It can be daunting, but for someone in my position, you could not ask for a better situation.”

Twitter, Facebook and the rest of the social media world are where Dan spends his time sharing the inside story of the Washington Nationals.

“I want everyone’s eyes on our accounts. It feels good that whenever I go to post something on Twitter or Instagram that it matters. The best part is being able to entertain people with our content and having positive interactions with fans. It’s what keeps me going working 24/7.”