School of Library and Information Science (SLIS) alumnus Matt Allison, M.L.I.S. '04, always knew he loved the field of library and information science, but he never imagined his passion would lead him to restore a hurricane-damaged library in Queens, N.Y.

Allison, originally from Toledo, received his degree in English from the University of Toledo in 2000. After college, he worked in a Barnes & Noble book store with two retired librarians and continued to meet librarians everywhere he went.

Meeting all those librarians solidified Allison’s decision to attend Kent State University’s School of Library and Information Science where he graduated with his master's degree in 2004. Currently, he lives in Queens, N.Y., where he is manager of the Peninsula Library in the western end of the Rockaways.

“The library has an adult learning center and a diverse community with a broad age range, as well as a large family presence,” he said.

When Hurricane Sandy hit the east coast on Oct. 29, 2012, it damaged the Peninsula Library beyond repair. Allison was with the manager of Seaside Library at Central Library when he learned that Peninsula Library was damaged more than any other library in the area."

“There was a window in front of the library, floor to ceiling, about 10 feet high by 20 feet across,” he said. “The window caved in and water got in there about chest high. Shelves were knocked down and moved around from the water. Everything in the library was damaged, and the whole building had to be gutted.”

Because of the extensive damage, the library operated out of a book mobile. The mobile not only gave away books right after the storm, but served as a hangout and refuge for residents who had nothing after the hurricane.

“I live in Rego Park, and my commute is long but simple; it’s one bus that goes south to the Rockaways,” Allison said. “The transit bus ride on Friday, Nov. 2, going down Howard Beach looked bad with no power. Crossing the first bridge into Broad Channel, it looked like a movie; debris everywhere, dirt everywhere, cars destroyed and moved from the water. After the second bridge to where Peninsula is, it looked really bad. For the first month after the hurricane, people powered their phones, laptops and other electronics on the bus.”

Allison and other workers told residents where Federal Emergency Management Agency (FEMA) stations were. Colleagues of his brought a lot of FEMA services to the Peninsula Library and took the time to find out where emergency services were in the surrounding area.

“Some people would charge multiple phones and be in there for hours. Some without heat would hang out. One of my colleagues donated a coffee maker that people appreciated,” he said. “And because of our Internet connection, we spent time looking up services in the area to refer people and let people check their email. Into December there were still people in the area without power, and some suspicions that landlords intentionally left them without power. So we had to find free legal information for people.”

By January 2013, the book mobile made the move to a library trailer where the librarians put the 20 bins of books that survived the storm – because people returned them − on the shelves. People in the community began to donate books and money to purchase new materials.

“One organization dropped off about 30 boxes of books at one point,” Allison said. “It’s been tough because of space, and I believe a lot of funds are being held back until the building reopens. We fortunately had enough donated funds for new materials in the trailer space.”

Currently, Peninsula Library is still in the trailer space, but hopes to move into its new building by late 2014. However, Allison has been able to start a weekly writing group and reinstate the library's book club in the trailer.

“The writing group is two writers that regularly show. Since I am an aspiring writer I enjoy the group,” he said. “Even though it’s small, I think it impacts the participants, including myself. I think because of that group, I write more myself. The book club is usually about four or five people, and I really like doing it. I think getting more attendance will happen once we go back into the building.”

Although this experience has been a difficult one, Allison’s passion for his profession is stronger than ever.

“After this, I am more attached to the area I work in,” he said. “To see how many people lived through the storm itself and dealt with the after effects really shows me a resiliency. I think when things get back to normal, the library and staff will be stronger than before with a better bond to the community. I want to be here for years. I’m planning to move down to this area too, hopefully by spring. After seeing the impact the library made on the community after the storm, I’m convinced public libraries serve as an important and dynamic resource for communities.”

For more information about the impact of the storm on libraries, and in Allison's area in particular, see: 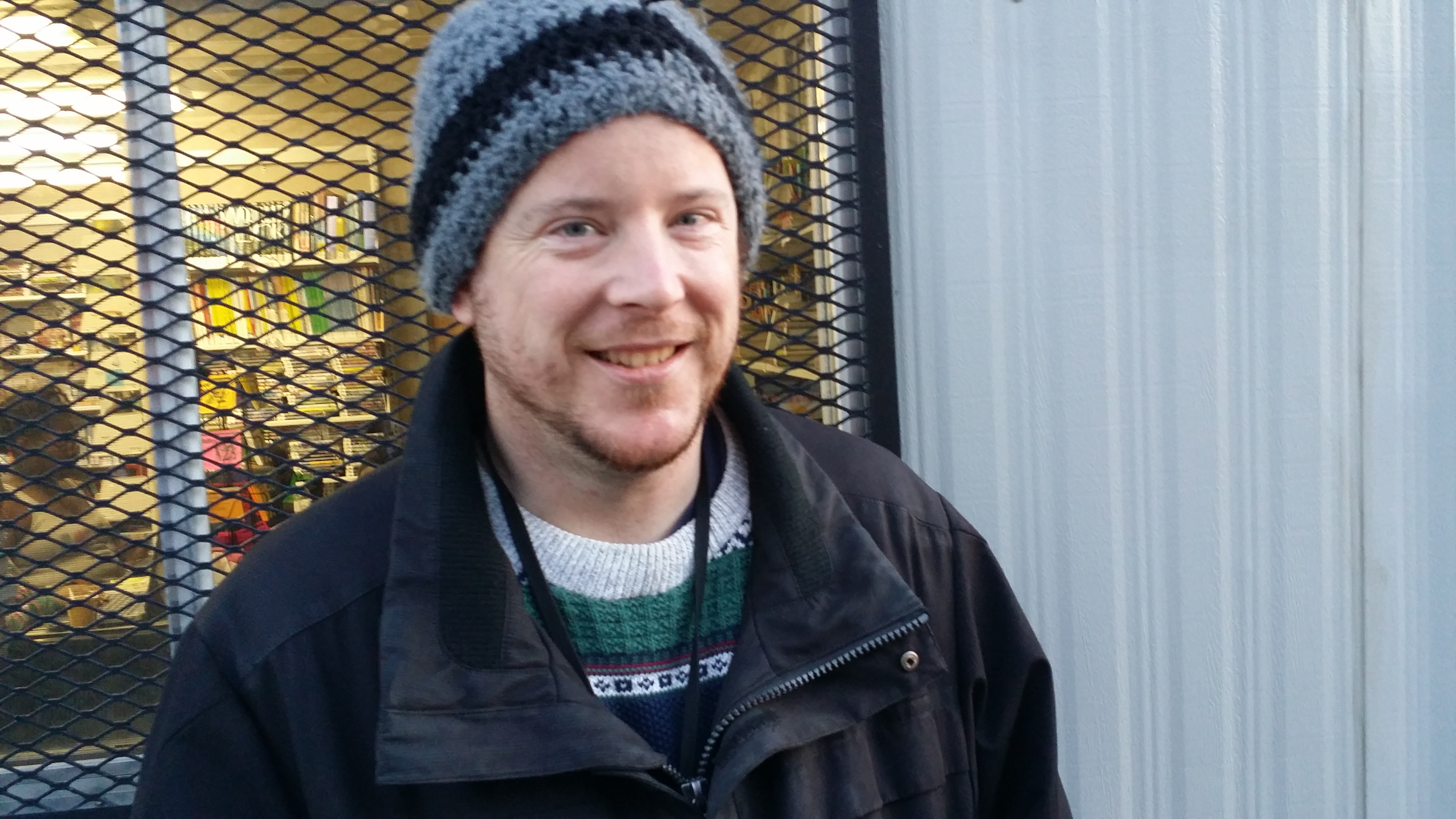