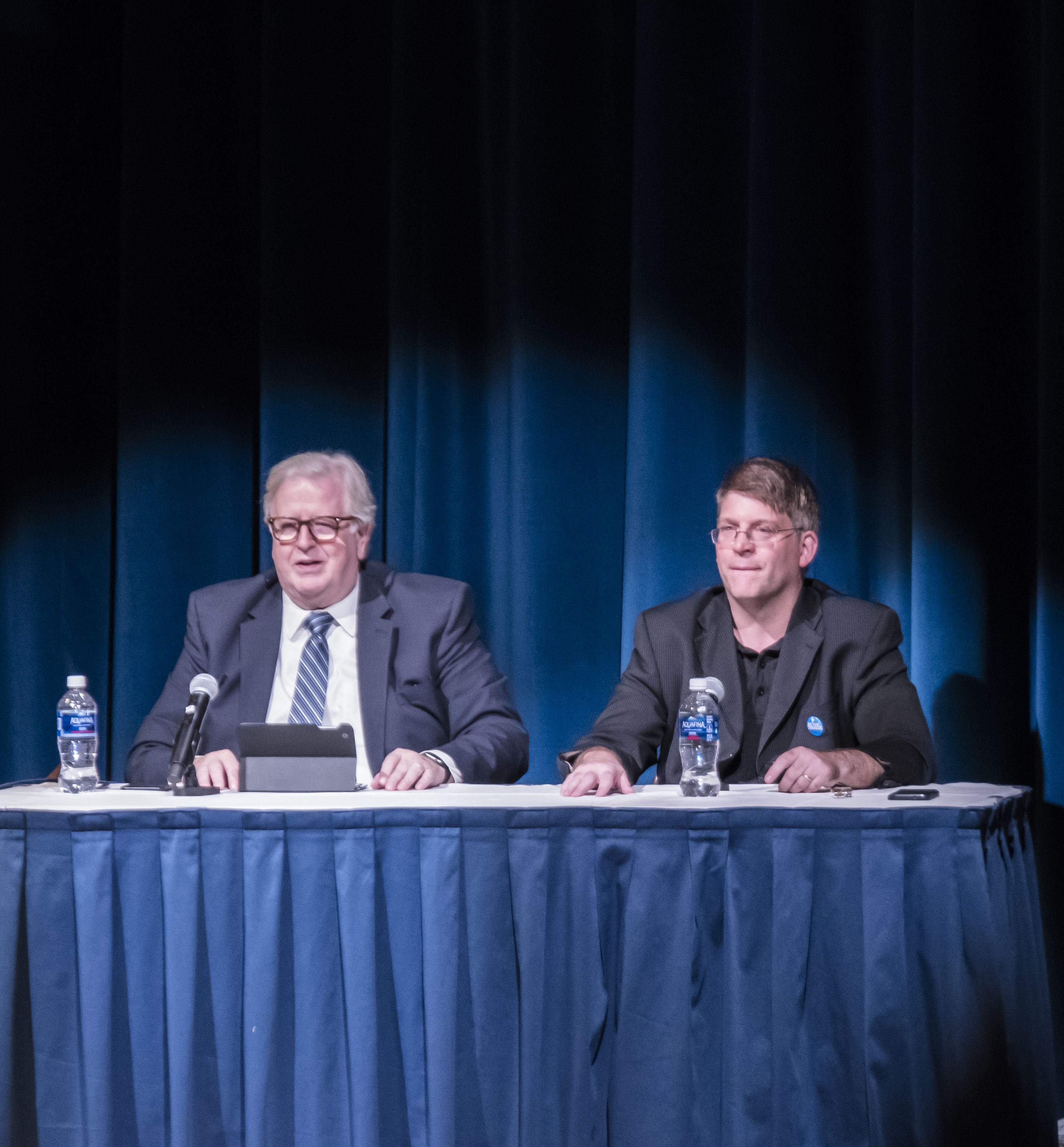 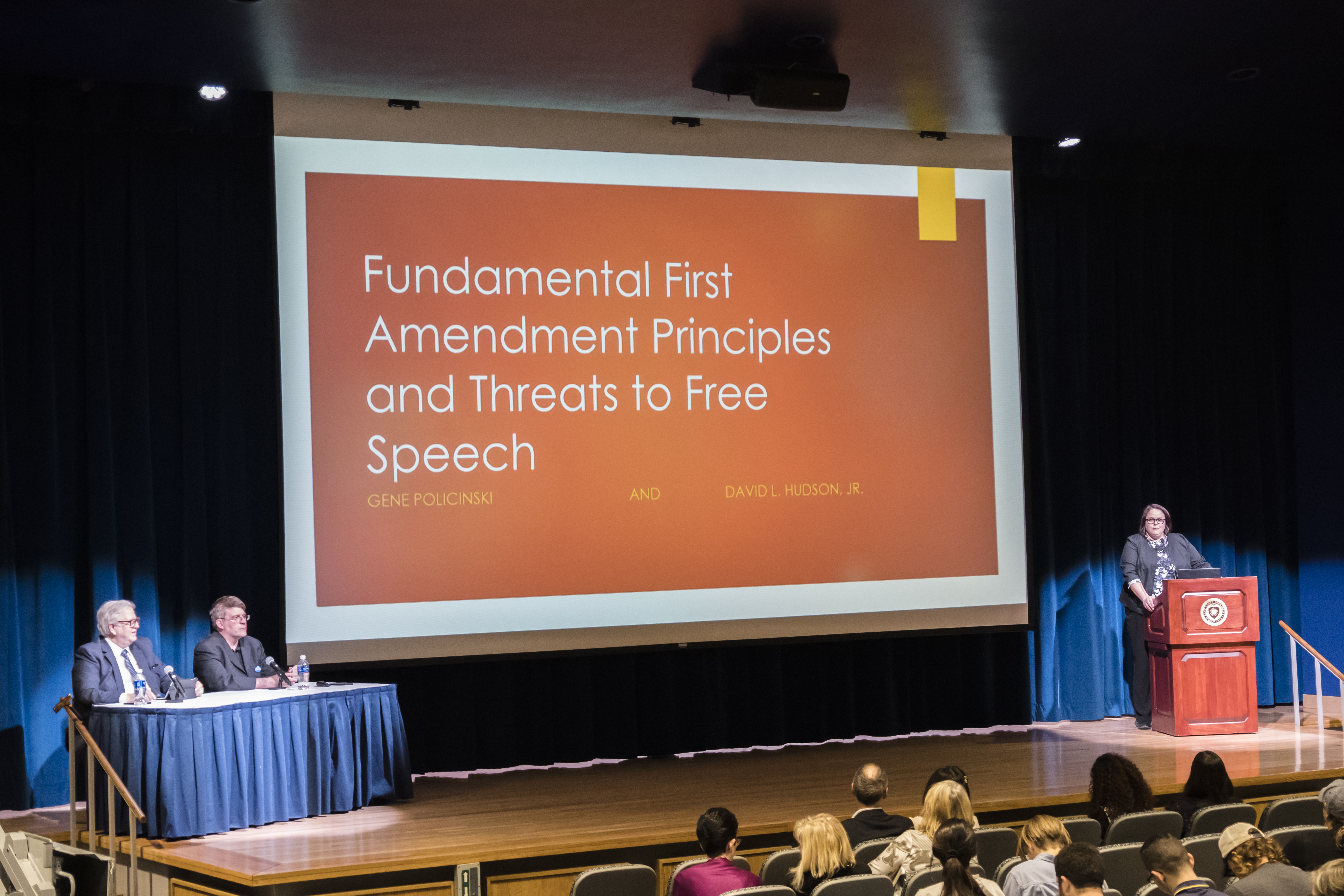 Congress shall make no law respecting an establishment of religion, or prohibiting the free exercise thereof; or abridging the freedom of speech, or of the press; or the right of the people peaceably to assemble, and to petition the government for a redress of grievances. (The First Amendment to the U.S. Constitution)

Hudson and Policinski offered a frank assessment of the state of the First Amendment.  National surveys show that no more than 6 percent of Americans can name all five First Amendment freedoms, and only 33 percent can name one of the rights it protects.

The First Amendment protects offensive, disagreeable speech. It protects hate-mongers, flag-burners, tobacco advertisers and controversial groups like the Westboro Baptist Church. “If you are committed to free speech, you must be prepared to hear ideas you don’t like,” Policinski said.

Both speakers emphasized the “free trade of ideas” – allowing different points of view to enter the marketplace and to let “the value of the idea determine its traction,” Policinski said. “We need to hear things that we don’t agree with, if only to be prepared to argue against such ideas.” Both also agreed that the remedy to offensive speech is more speech, not less:  When we encounter speech we don’t like, we must counter it with positive speech and new ideas.

The First Amendment is not without challenges, however, and the speakers catalogued current threats, including attempts to overturn libel laws, criminalize flag-burning and place limitations on the free speech of public employees, including public school teachers.

While the First Amendment protects against governmental infringement of rights, the “greatest oppressors of speech can be private entities,” Hudson noted. This includes limitations on speech that private entities like Facebook and Google seek to impose. “Is Google so large and powerful that it should regulated as a public utility?” Hudson asked.

A clear message from the event was the need to know, understand, use and protect our First Amendment rights. As Policinski stated:  “Freedoms not exercised are freedoms lost.”