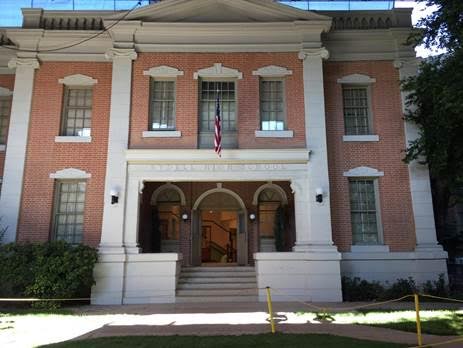 Fox took its viewers on a journey back in time to the 1950s this past Sunday when it aired its live production of the iconic musical “Grease.” The three-hour show was filmed on two sound stages and the Warner Bros. back lot, a set that Kent State University School of Journalism and Mass Communication Adjunct Steve Savanyu was invited to tour just two days before the live performance took place.

“I have a good friend who works [in post-production audio] at Warner Bros., and he invited me over for the afternoon on Friday,” Savanyu said. “We wandered around the back lots just looking at what it takes to put that level of production on. We got to go and look at a lot of the behind-the-scenes production.”

While he was on the set, Savanyu, a professional audio and video production engineer, was able to speak with an audio technician who was working on the show.

Savanyu was impressed by the production, noting the “technology feat they pulled off with the minimal amount of glitches was amazing.”

“It was a team effort to pull this off,” Savanyu said. “There were probably hundreds of people involved in it, and everyone played an important part, from the runners all the way down to the producers.”

Los Angeles, which only receives about 18 inches of rainfall a year, experienced thunderstorms the weekend of the live production. Because several of the scenes were set to take place outdoors, the production team had to come up with back-up plans in case the weather prohibited them from shooting outside. Even though many of the scenes took place outdoors as planned, Savanyu noted some of the changes that needed to be made, including covering expensive cameras and electrical equipment during the first and last scenes of the show that were filmed outside.

“Things will go wrong,” Savanyu said. “The key thing in live production is that you have to be able to think on your feet and not panic. That’s the biggest takeaway. They pulled it off. That’s all part of them being able to think on their feet.”