Join Christopher Darling, an assistant professor in the School of Visual Communication Design at Kent State University, at a workshop called "A Story About Stories" at the Cleveland Public Library on Saturday, April 30 at 3:30 p.m.

Darling received a Master of Fine Arts in Illustration as Visual Essay and a Paula Rhodes Award for Exceptional Achievement in Visual Essay from the School of Visual Arts in New York City. In 2010, he co-founded Carrier Pigeon Magazine, a publication of illustrated fiction and fine art.

Darling has freelanced as an illustrator for more than 10 years. Clients include: The New York Museum of Natural History, Sony Music Entertainment, The United Nations Refugee Agency and Citigroup. His artwork has appeared in publications such as Wallpaper Magazine, Frieze Magazine, Juxtapoz Magazine, and he has been recognized by the Society of Illustrators, American Illustration, Creative Quarterly, The Pixie Awards and the Association of Illustrators. His paintings, and illustrations, have been exhibited internationally. Darling taught illustration & design at Queens College (NYC). 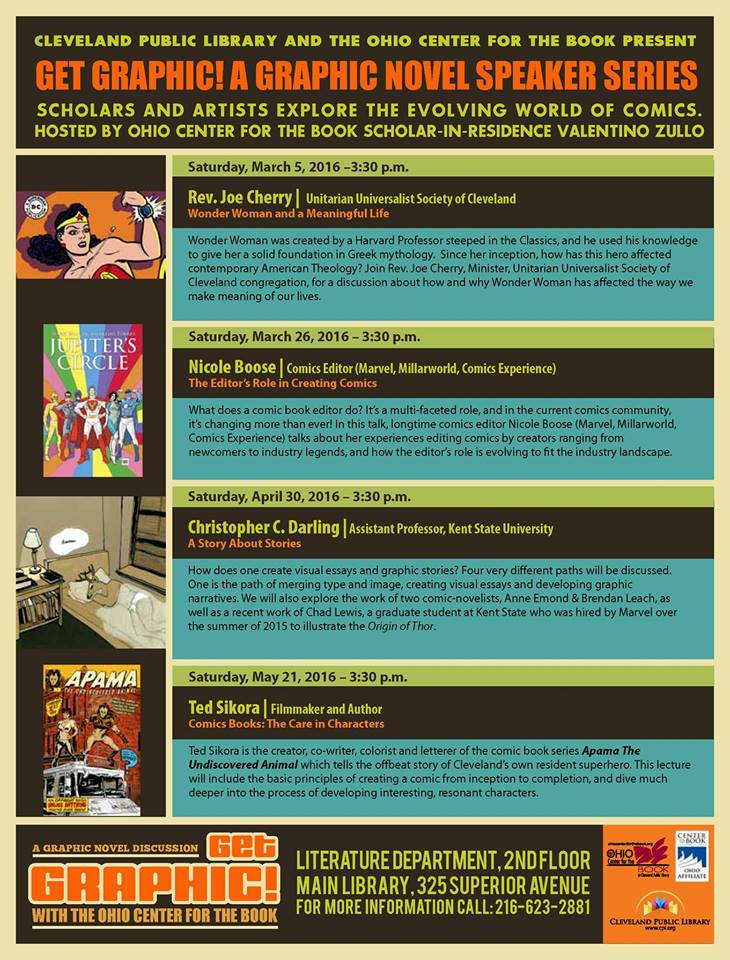