SLIS Professor Tapped as Inaugural Chair of International Advisory Board

The international board consists of 66 members representing nearly 20 countries. The Board serves as a primary source of expertise informing DCMI activities, serving as DCMI ambassadors, maintaining links between stakeholders in the DCMI community and DCMI, connecting with other metadata and content communities, and serving as a voice of their constituents by drawing the attention of the initiative to constituent concerns as potential DCMI "work themes." The governance structure for the board is now under development.

[Marcia Zeng] DCMI is an open organization that supports shared innovation in metadata design and best practices across a broad range of purposes and business models. The name "Dublin" is due to its origin at a 1995 invitational workshop in Dublin, Ohio; "core" because its elements are broad and generic, usable for describing a wide range of resources.

She has chaired and served on standards committees and working groups for the International Federation of Library Associations and Institutions (IFLA), Special Libraries Association (SLA), Association of Information Science and Technology (ASIS&T), the U.S. National Information Standards Organization (NISO), and the International Organization for Standardization (ISO). She was the chair of IFLA Working Group on the Functional Requirements for Subject Authority Records (FRSAR) and IFLA Classification and Indexing Section. She served as the Executive Board member of the International Society for Knowledge Organization (ISKO), a member of IFLA Working Group on Guidelines for Digital Libraries which prepared the IFLA/UNESCO Digital Library Manifesto, an Invited Expert on the W3C Library Linked Data Incubator Group, a member of the EU ISA Program's Asset Description Metadata Schema (ADMS) Working Group, and a member of the ISO 25964 "Thesauri and Interoperability with Other Vocabularies" Working Group. She was also director-at-large of the Association for Information Science and Technology (ASIS&T) 2010-2013.

The School of Library and Information Science (SLIS) at Kent State University has the only American Library Association-accredited Master of Library and Information Science (M.L.I.S.) degree program in Ohio, offering courses in Kent, Columbus (State Library of Ohio) and through a fully online option. The school is recognized by U.S. News and World Report as one of the nation’s top 20 LIS graduate programs, with a youth librarianship program that is ranked 10th. It is one of the largest programs in the country, with more than 600 LIS students enrolled. SLIS also offers a Master of Science in Information Architecture and Knowledge Management and participates in an interdisciplinary Ph.D. in the College of Communication and Information.  For more information, visit www.kent.edu/slis. 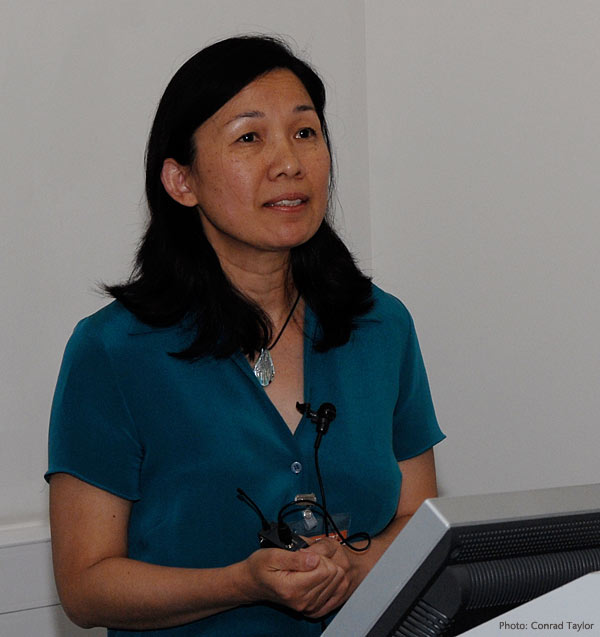