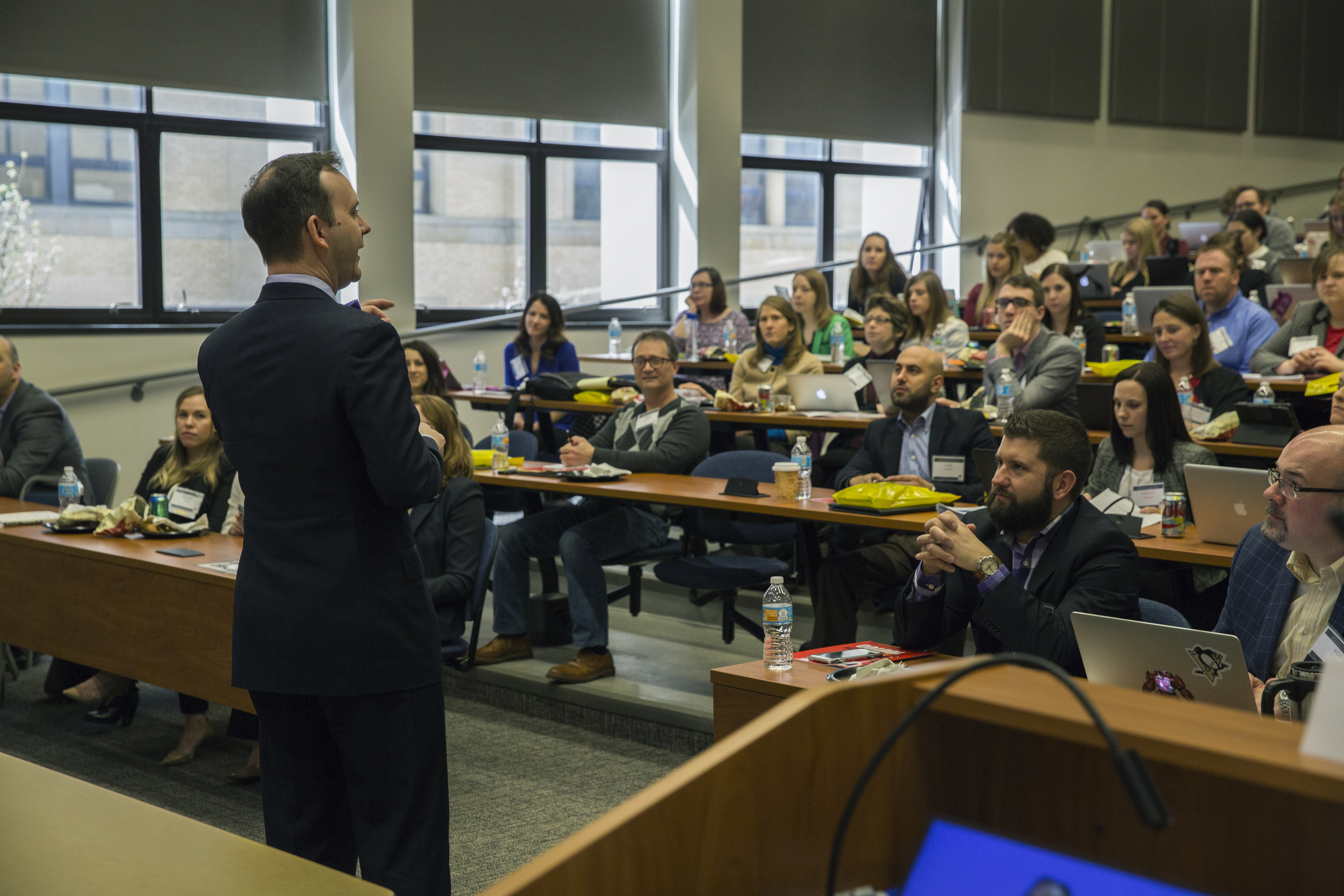 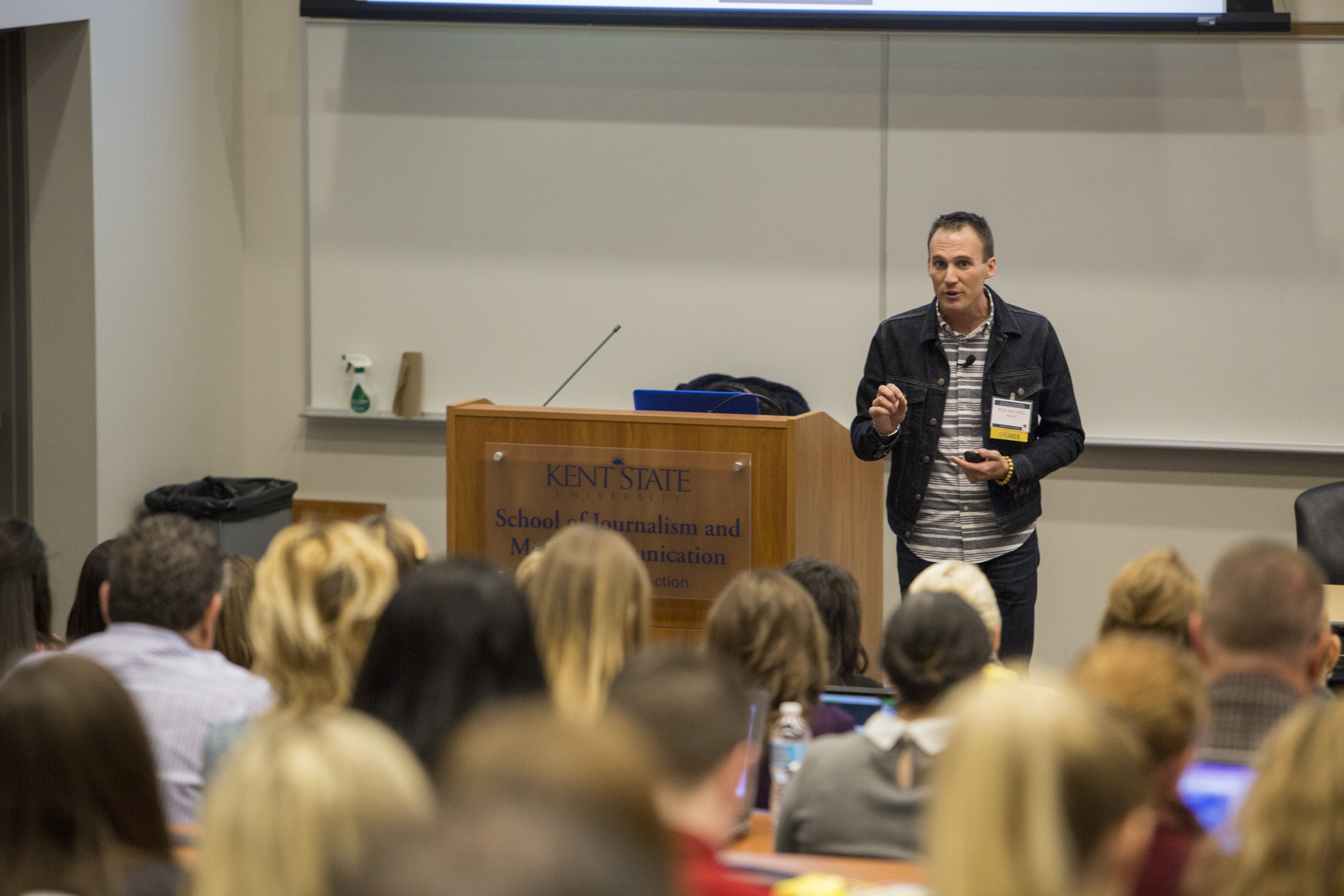 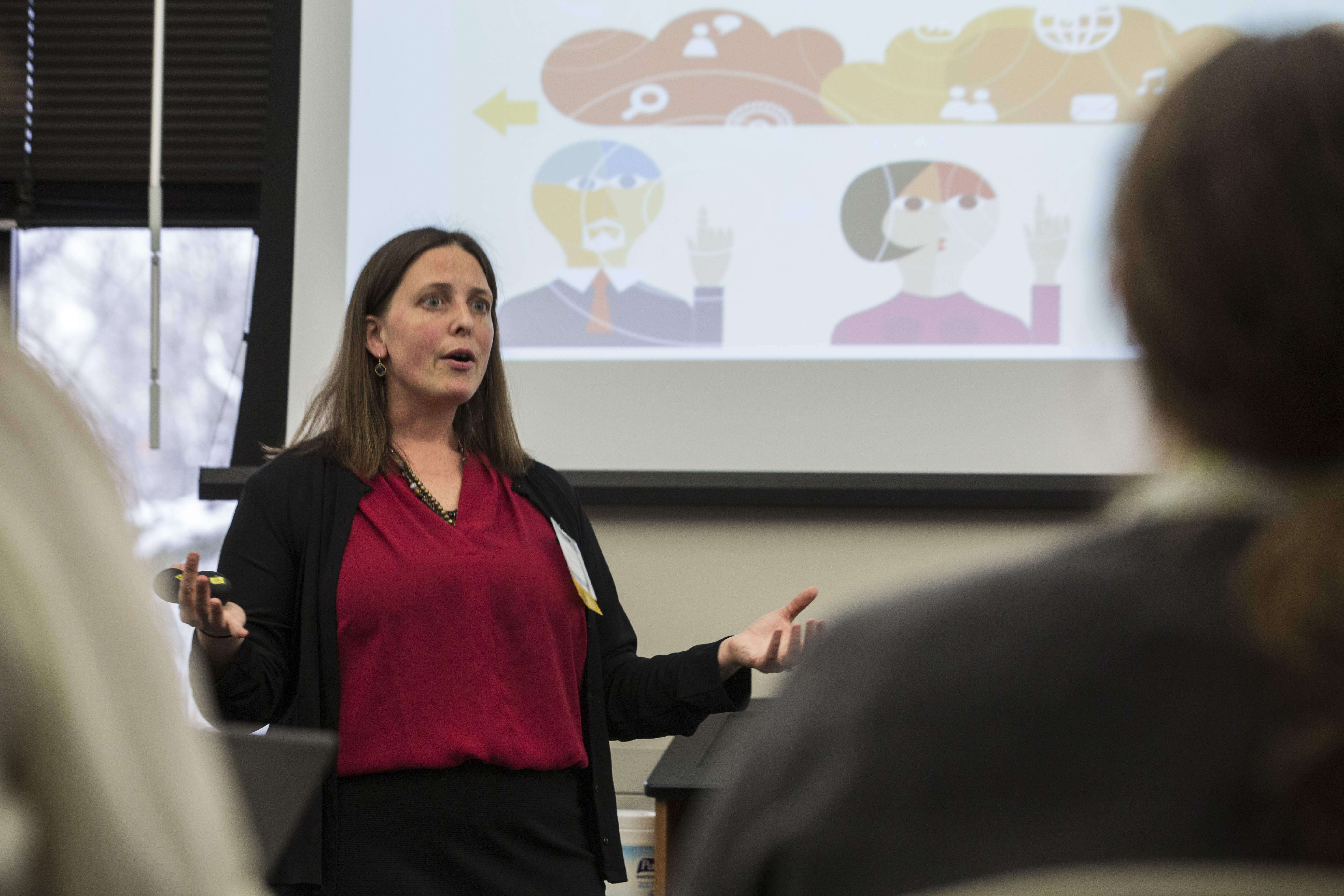 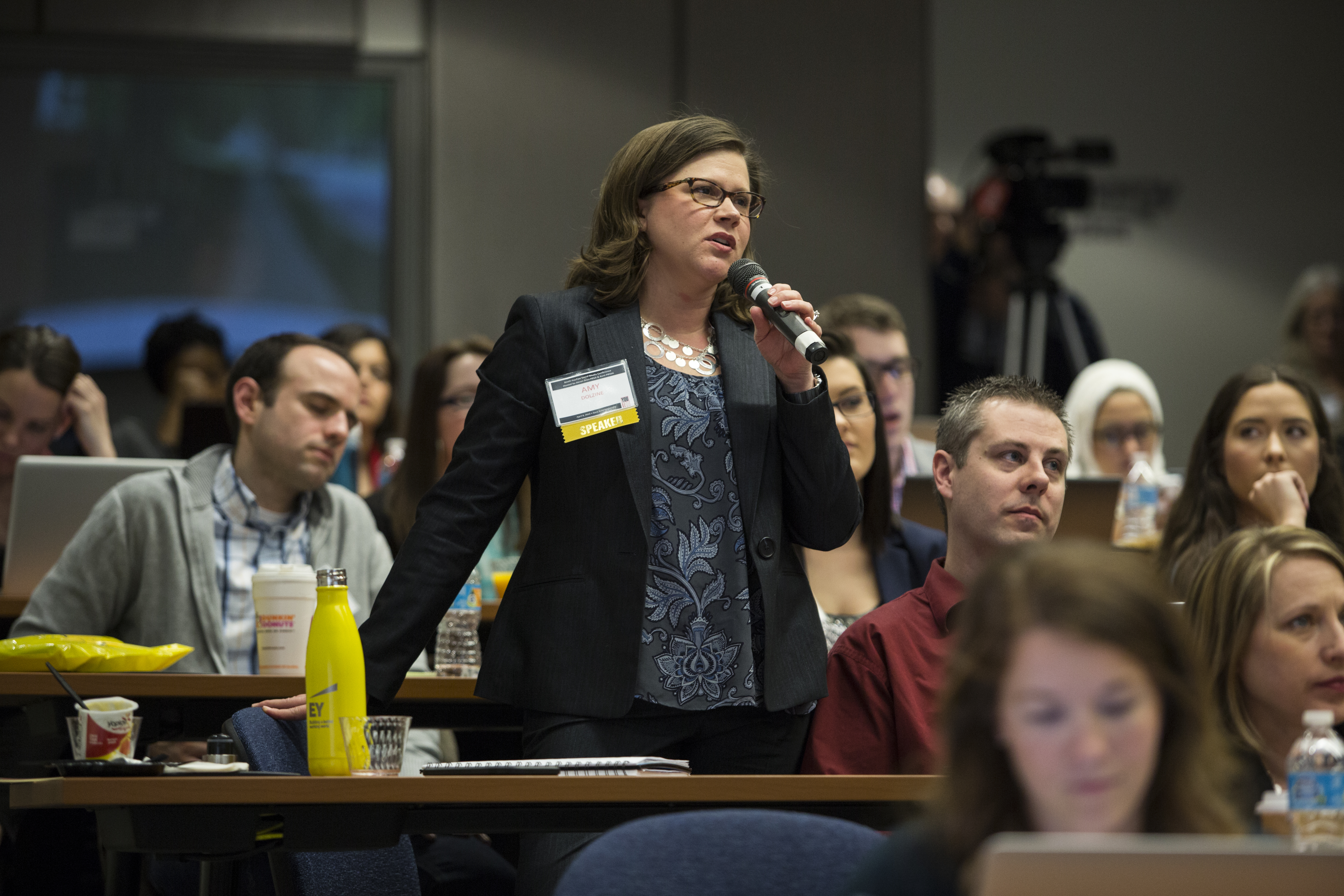 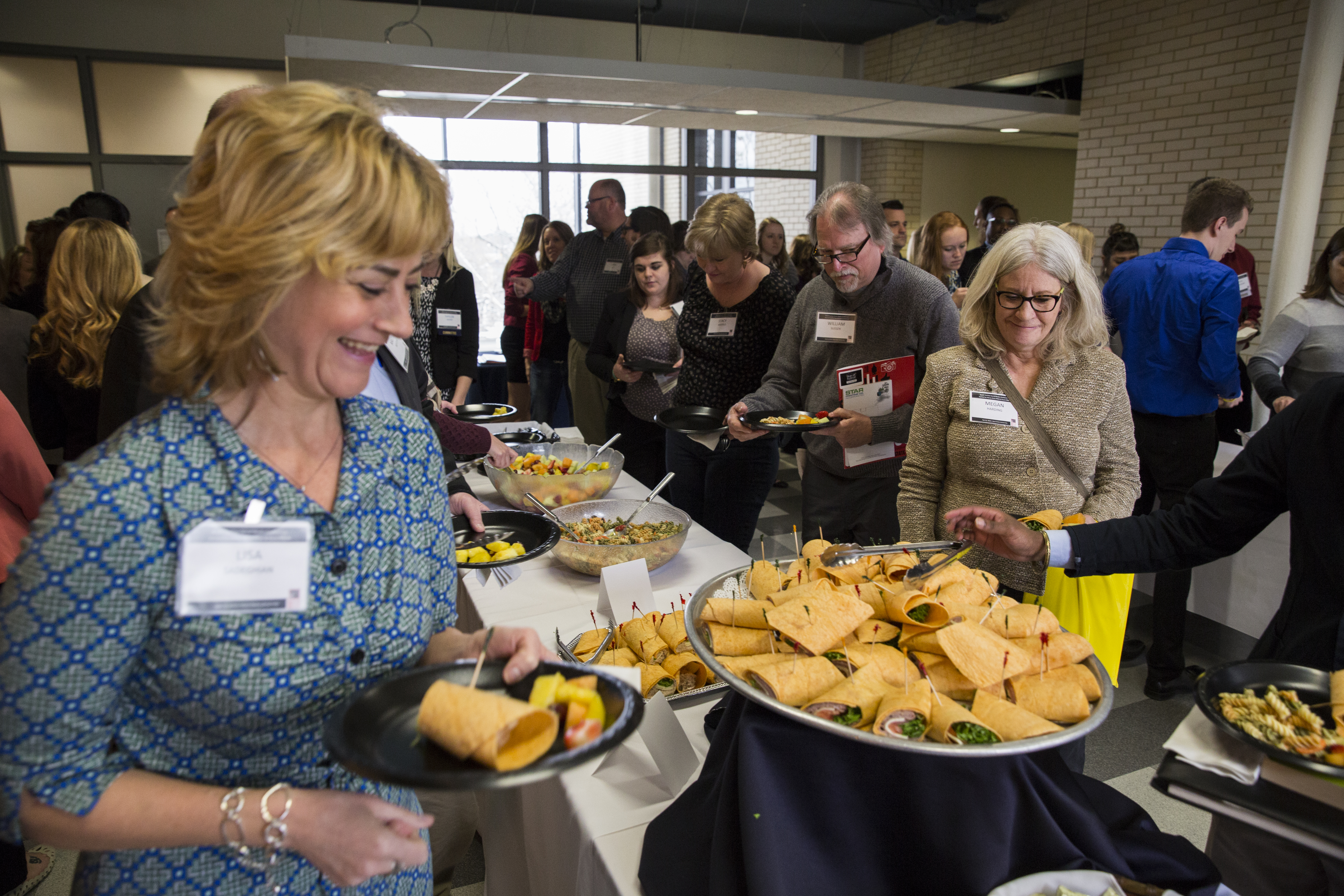 “When I was little, I used to fake being sick so I could watch Kathie Lee and Regis, and when I was at Kent I would watch Kathie Lee and Hoda, so it’s surreal to work with them sometimes,” Miller said. “I have a lot of pinch me moments especially because there aren’t a lot of jobs at TODAY, and I was blessed enough to be somebody who had an opportunity to work there.”

Miller is the lead social media producer for the shows: TODAY with Kathie Lee and Hoda and the nine o’clock hour of TODAY’s Take. In this role, he leads a team in producing content for the shows’ various social media platforms. He produced the number one Facebook post in TODAY’s history, which reached 47 million people.

Faith, family and hope guided Miller in all of his endeavors. After 130 job applications—and rejections—a church service prompted Miller to pray for his dream job.

“I was like, ‘alright, Jesus, let’s do this,’ I knew I wanted a job at the TODAY Show and I knew I wanted to work on the show, but also work online and do the digital stuff because that was so important,” Miller said.

Miller then received an email from TODAY.com offering him a three-month position with no promise of a full time position after that time period was over. He went through the interview process, gladly accepted the job and has been with TODAY ever since.

In addition to social media, Miller also does original on-air stories as the Hope Dealer.

With enough sad and unfortunate news in the world, Miller finds inspiring stories of hope to share with the world. When he first started doing his on-air stories, he was responsible for filming and editing everything himself.

As a 2009 Kent State School of Journalism and Mass Communication (JMC) graduate, Miller returned to his alma mater to speak at the Ninth Annual YouToo Social Media Conference, which happened April 8.

Miller’s time as a broadcast major at Kent State helped him prepare for his job as the Hope Dealer and set him apart from the competition. During his education at Kent, Miller was actively involved in TV2, first covering Kent’s nightlife, then producing and eventually being the General Manager his senior year.

“(TV2) gave me great experience because they kind of throw you to the wolves a little bit, and you get to really learn about the business and make a lot of mistakes,” Miller said. “It helped me figure out what I want to do and what I don’t want to do in the business.”

In 2014, Miller was awarded the JMC Fast-Track Award, which means—according to JMC Director Thor Wasbotten—he is a younger graduate who has been in the business for under 10 years and is doing something extraordinary.

“Kyle Michael has really done a tremendous job of establishing himself, and he’s really at the cutting edge of everything we’re trying to teach now,” Wasbotten said. “So, on one hand, he’s the perfect graduate in relation to his profession. On the other hand, he represents the students we have here already, in the sense of trying to learn more to prepare themselves for great careers.”

During a student-only breakout session at YouToo, JMC associate professor Karl Idsvoog, and Miller’s former professor, told students Miller did great work when he was a student and that work showed to prospective employers.

“The thing I remember most about Kyle was that he started out at the beginning of the semester producing work that was pretty much on par with the rest of the class,” Slezdik said. “But, by the end of the semester he was doing the very best work in the class.”

Miller went on to have two internships the following summer after Sledzik’s class: one with a publicist and one in the news business. He returned the next semester to inform Sledzik of his decision to switch to broadcast news.

“I think it has turned out really well for him. He’s a great communicator,” Slezdik said. “If you look at his work, it’s high-energy, inspirational and he touches millions of people with the work that he does.”

Miller said he never gave up on his aspirations, as the Hope Dealer intends to continue sharing stories of hope and inspiration with the world.

“I grew up knowing nothing is impossible,” Miller said. “If you can dream it, you can do it.”

Latisha Ellison is the CCI reporter for The Kent Stater, contact her at lelliso3@kent.edu.