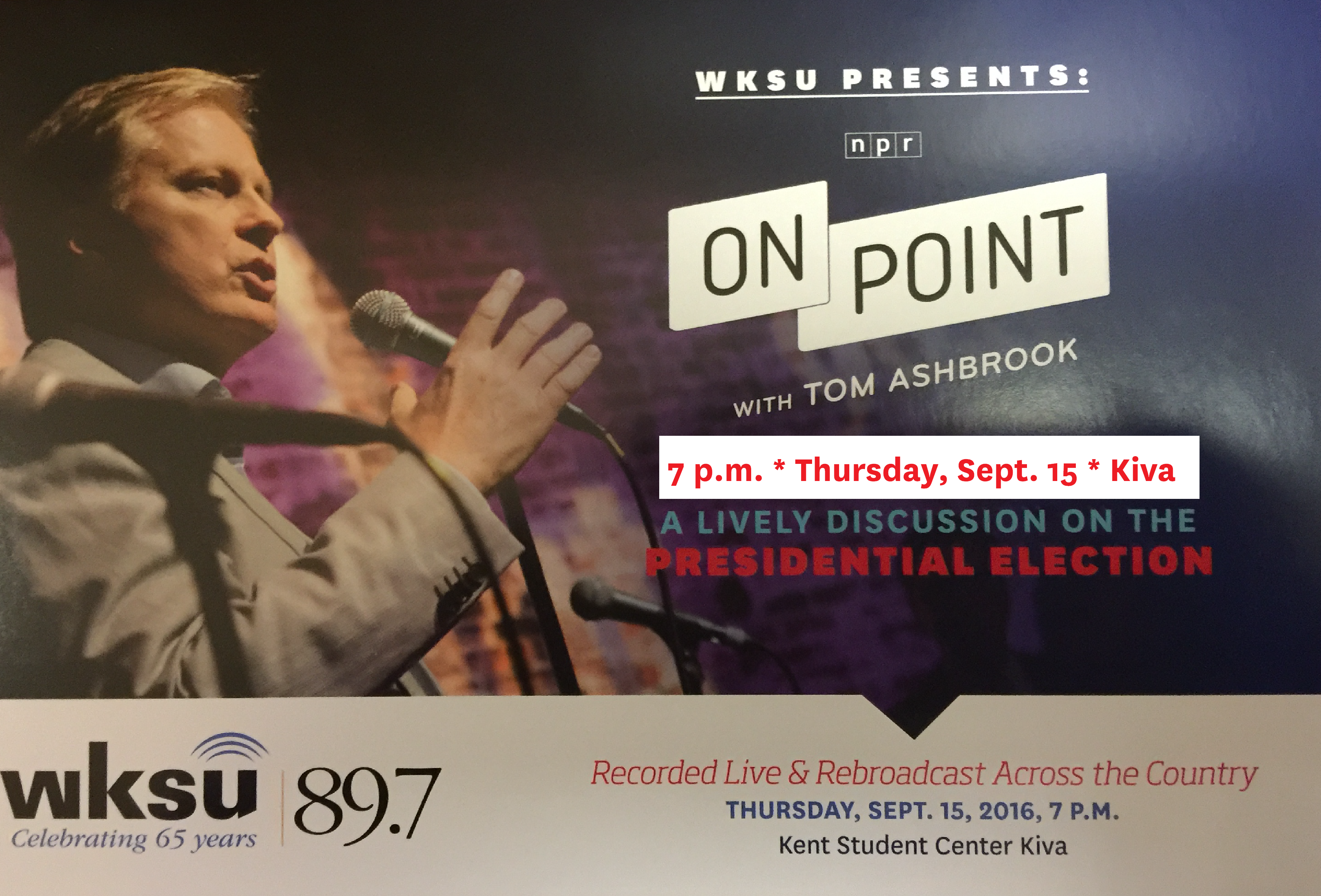 Students to Speak at Live Recording of NPR's On Point

Students to Speak at Live Recording of NPR's On Point

With all eyes on Ohio this November, WKSU is bringing Tom Ashbrook and NPR’s On Point to host a live recording and panel at Kent State on Thursday, Sept.15 at 7 p.m. in the Kiva.

Kent State University’s College of Communication and Information (CCI) is a lead partner for the event, making sure its students are part of the conversation. CCI Dean Amy Reynolds, Ph.D., said the partnership between WKSU, NPR’s local affiliate, and the college will allow CCI students an opportunity to both observe and participate in a national broadcast. Students will also have the opportunity to interact with Ashbrook and the On Point staff behind the scenes.

This opportunity will give at least two School of Journalism and Mass Communication students a voice on a popular NPR show. Hana Barkowitz, president of the Kent State College Democrats, and Jimmy Miller, editor of The Kent Stater, will participate in the panel discussion on the presidential election.

“We’re going to talk about the political climate on Kent State’s campus and what we’ve been noticing from students,” Barkowitz said.

Barkowitz, who is a junior public relations major, said she believes the show chose to visit Kent State due to its rich political history.

“Every school is historically relevant, but being from Kent State, we have a different perspective,” she said. “I think they wanted to visit a school in Ohio, as well, considering we are a battleground state.”

Kent State students can reserve free tickets but must show a valid KSU ID to be admitted. General admission tickets cost $40 and include an exclusive pre-show meet and greet with Ashbrook.

The Thursday program will be recorded and rebroadcast the next morning during On Point's regular time, 10 a.m. to 11 a.m.