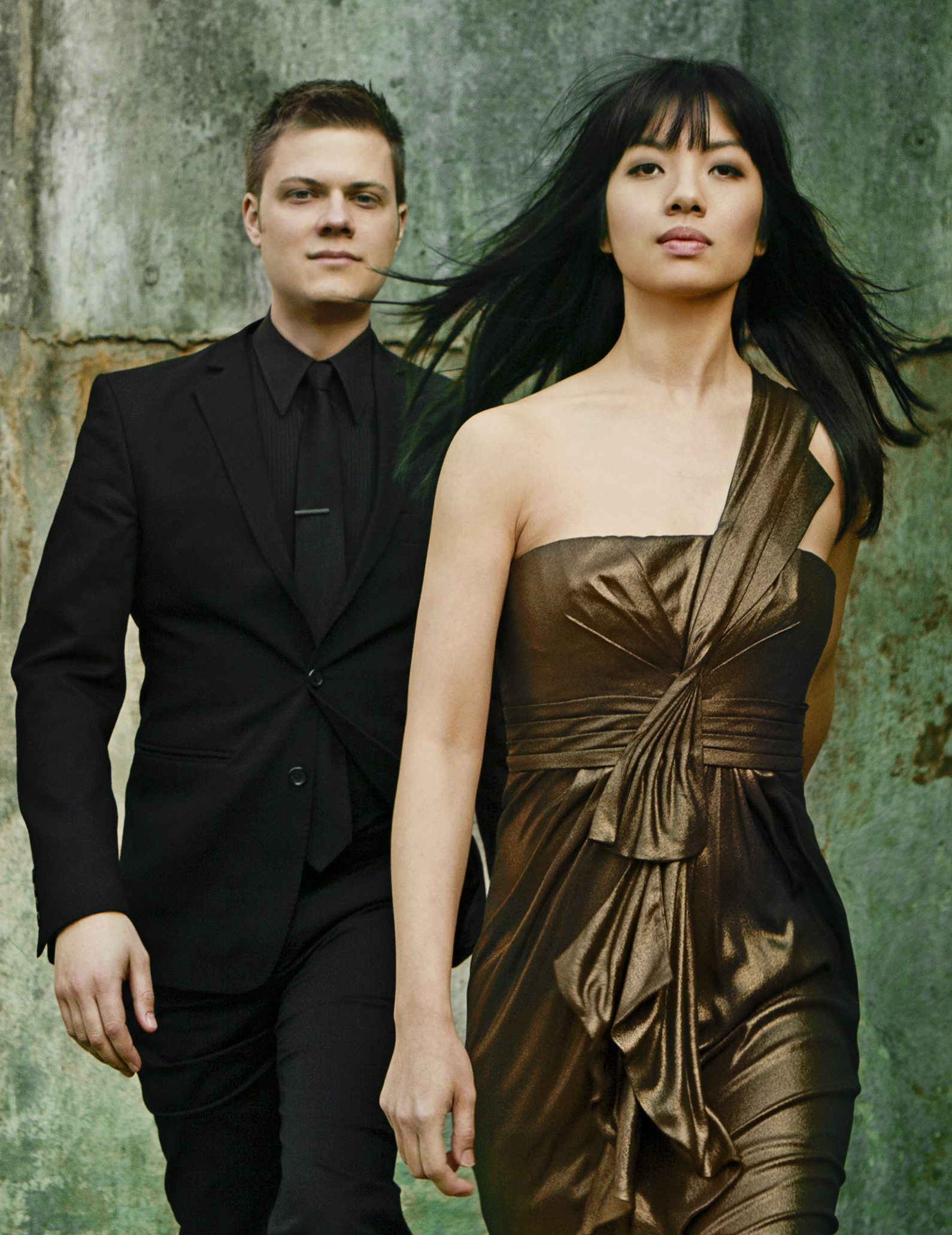 Known for their adrenalized performances, original compositions, and notorious music videos, GREG ANDERSON and ELIZABETH JOY ROE are revolutionizing the piano duo experience for the 21st century. Described as “the most dynamic duo of this generation” (San Francisco Classical Voice) and “the very model of complete 21st-century musicians” (The Washington Post), the Anderson & Roe Piano Duo aims to make classical music a relevant and powerful force around the world. Their recent albums on the Steinway Label (When Words Fade, An Amadeus Affair, and The Art of Bach) were released to critical acclaim and have spent dozens of weeks at the top of the Billboard Classical Charts, while their Emmy-nominated, self-produced music videos have been viewed by millions on YouTube and at international film festivals.

Since forming their dynamic musical partnership in 2002 as students at The Juilliard School, the Anderson & Roe Piano Duo has appeared on NPR and MTV, toured extensively worldwide as recitalists and orchestral soloists, and presented at numerous international leader symposiums. A performance by the Anderson & Roe Piano Duo was handpicked to appear on the Sounds of Juilliard CD celebrating the school’s centenary. Highlights of the 2016/17 season include tours throughout North America, Asia, and Europe; appearances with the San Francisco Symphony, the Royal Liverpool Philharmonic, the Chicago Sinfonietta, and more; serving as webcast hosts for the Van Cliburn International Piano Competition; and the DVD release of their ambitious—and literally explosive—music film, The Rite of Spring.