When she was in the fourth grade, Debbie Hager decided she wanted to follow in her mother’s footsteps and become a nurse. Mission accomplished. 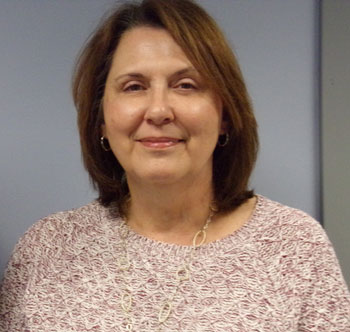 Her nursing career covers more than 30 years and, in those years, she has worked in several areas of nursing, including 18 years in an intensive cardiac care unit (ICCU). She also worked in med-surg, telemetry, surgery, as a school nurse and as a clinical director of a psych/behavioral health unit. She noted, however, that her favorite nursing focus is cardiac and ICU care.

Debbie earned her nursing diploma as a member of the last class to graduate from the East Liverpool City Hospital School of Nursing. She continued her education, earning both her BSN and MSN from Franciscan University in Steubenville, while working and raising a family. She is also a certified nurse educator through the National League of Nursing.

For the last 11 years, Debbie has taught at the Kent State East Liverpool Campus in its ADN program, teaching class and clinicals. These include agency II and III, the BSN course for health maintenance and restoration, as well as psych clinical, LPN and paramedic transition clinical, and nursing foundations (lecture and clinicals).

Debbie also serves as the advisor to the Student Nurse Association on the East Liverpool Campus.