Dr. Figg received her Ph.D. in English from Kent State University after completing a Bachelor of Arts in Humanities and Master of Arts degrees in both French and English from the University of Akron.  Author and co-author of five books and 16 articles and reviews, she has written mainly on medieval literature and culture, with a special focus on the fourteenth century. Professor Figg was president of the Medieval Association of the Midwest in 2000-2001 and since 2003 has been co-editor of the association's interdisciplinary journal. She began her career as a faculty member at Kent State Salem in 1989, reaching the rank of full professor in 2000 and serving as assistant and associate dean between 2002 and 2009.

In 2010, Dr. Figg retired from Kent State University at Salem. She now resides in Columbus and teaches at the Ohio State University in both the English department and the Medieval and Renaissance Studies program. Dr. Figg continues to give back to her community by teaching English as a Second Language as a volunteer with the Columbus Literacy Council.

Dr. Thomas Graham, '84, MEd, '87, Ph.D '92, is welcomed back to his alma mater to serve as the 2012 Kent State University at East Liverpool commencement speaker. Graham attended Kent State East Liverpool in the early 1980s before completing his Bachelor of Science in Secondary Education at the Kent Campus. While completing his bachelor's degree, Graham was inspired to continue his education also earning both a Masters  of Arts in Sociology from Kent State and a Master's degree in Clinical Social Work from the University of Pittsburgh. In 1992, Graham was awarded his Ph.D. in Sociology  from Kent State University. Graham has conducted extensive research in the field of social work education and has written dozens of critical reviews, papers and professional articles.

Dr. Graham's career in higher education began in 1987. During his tenure he has worked for numerous universities including Kent State, Youngstown State and Franciscan University. Currently, he is the director of the Sociology department at Franciscan University, where he has taught since 1988. In addition, he serves his alma mater as an adjunct faculty member within the criminology and justice studies bachelor degree program at Kent State East Liverpool.

Graham worked in industry at Weirton Steel for eight years prior to beginning his academic career. In 1980, he began his higher education journey at Kent State East Liverpool.  Graham's love for education is exemplified by service to local school districts. He has served ten years on the Board of Education for Toronto City School District and two years on the Jefferson County Joint Vocational School Board. In addition, Graham has also contributed to his local community through his involvement with  the Jefferson County Behavioral Health Board, and was Safety Director for the City of Toronto, where he oversaw the police and fire departments.

Graham is a Jefferson County Commissioner, a position he has held for the last 10 years and currently serves as chairman of the Commissioner Board. He also been involved for two  years as a trustee for the State of Ohio County Commissioners Association. Dr. Graham and his wife, Diane, live in Wintersville, OH. They own and operate Classic Cutters, a Day Spa and Salon in Weirton, WV. Their daughter, Kayla Jo, is currently completing her degree in accounting and finance 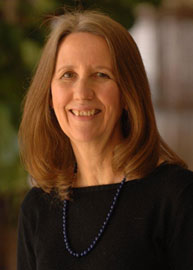 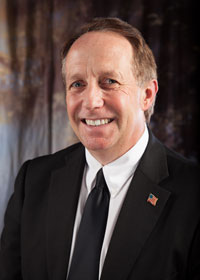