Film about May 4 Events Showing on Salem Campus

Kent State Salem invites the public to two showings of “Fire in the Heartland: Kent State, May 4th and Student Protest in America,” an award-winning documentary about the events of May 4, 1970, that took place on the Kent State University Campus.

The documentary was produced and directed by Daniel Miller, who attended Kent State from 1968 to 1970. While a student at Kent State, Miller was a musician and civil rights activist. After leaving Kent State, he moved to Oregon and completed his education, receiving his masters and doctorate degrees in telecommunications and film from the University of Oregon, where he is now a professor. He teaches, researches and writes about civil and human rights.

The film presentation helps kick off a months-long series of events on the Salem Campus to help commemorate the 50th anniversary of the events of May 4th at Kent State. Over the next several months, all Kent State campuses will hold events to observe the anniversary of that day.

According to Miller’s website, “Fire in the Heartland” is a documentary “about a generation of young people who stood up to speak their minds against social injustice in some of our nation’s most turbulent and transformative years, the 1960s through the 1970s.” 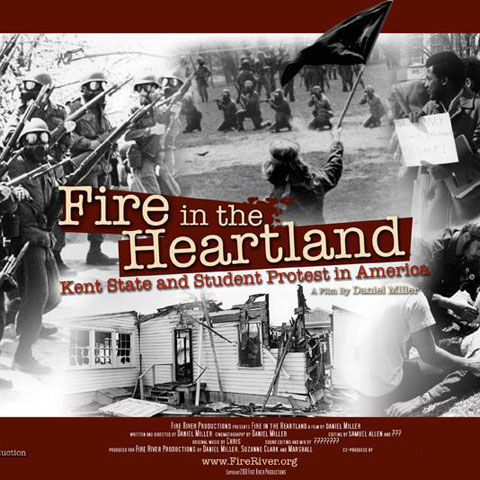