The Blair Memorial Library at Kent State East Liverpool is celebrating Rocktober with a free musical presentation, Library Jam, on Oct. 15 at 6:30 p.m. in the John J. Purinton Building. The concert will feature Buddy Schneider, with opening performances by Brad Gibson and BananaFish. 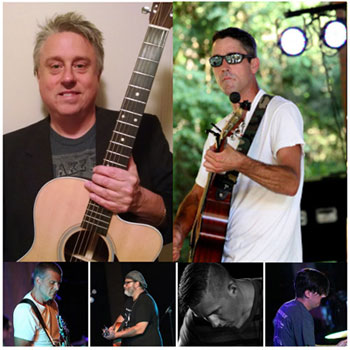 Schneider is a solo performer and the lead vocalist with the well-known local band, Rumors. He has been the opening act for renowned performers such as Donnie Iris, B. E. Taylor, Lee Greenwood, Wild Cherry and The Clarks. Schneider was raised in a musical family environment and started playing guitar at the age of 12.  His music style is rock, funk and R&B.

Gibson started playing guitar at age 14 and was playing in bands by age 16. He is both a solo artist and a band member, playing with Inbred Jed since 1995. Gibson’s style is rock, blues and some country. He plays harmonica, acoustic and electric guitar and is influenced by Neil Young, Stevie Ray Vaughan and Jimi Hendrix. He enjoys donating his time and talent for benefits and fundraisers, supporting causes ranging from wounded veterans benefits to programs serving local folks in need.

BananaFish is a local band that concentrates on original music of the somewhat indie variety. Its members are Gregg Harding, Benjamin White, Jesse Smith and Joseph Langdon. BananaFish originated after Harding recorded his CD, Slumber Party, in 2014.  Searching for a band to support him at East Liverpool’s Got Talent, Harding enlisted White to join him, who in turn invited his nephew, Smith.

Harding said that “the rest is BananaFishtory.” This year, Langdon joined to add bass, keyboards and backing vocals to Harding’s songs. BananaFish currently has performances scheduled for Diletto Winery in Canfield, Bocktown Beer and Grill in Monaca, Walk 4 Autism in April, and East Liverpool’s All-School Reunion.