Salem – Dr. Steve Nameth, Dean of Kent State University Columbiana County campuses, is pleased to announce this year’s commencement speakers.  They will include Michael Parkes, speaking at the East Liverpool campus ceremony, and John McCord, addressing graduates at the Salem campus ceremony. The Kent State East Liverpool ceremony is Friday, May 10, at 5:30 p.m. in the Memorial Auditorium (Downtown YMCA). A reception will be held immediately after the ceremony from 6:30-7:30 p.m. for graduates and their family and friends.

The Kent State Salem ceremony is Friday, May 10, at 7:30 p.m. in the Kent Salem City Center Auditorium. A reception will be held from 5:45-6:45 p.m. for graduates and their family and friends.

Parkes started his academic journey at Kent State University and received a bachelor of arts in mathematics in 1973.  He also attended graduate courses at Kent State  and the leadership school at the University of Central Florida; executive development training at the University of Georgia; and management and negotiations coursework at Massachusetts Institute of Technology. Parkes received a certificate for professional achievement in organizational development from DePaul University and graduated from the FBI Citizens’ Academy in 2009.

Born and raised in East Liverpool, Parkes worked as the vice president and secretary of The Potters Bank and Trust Company for 15 years. He switched gears in 1993 after accepting a position as the community and employee relations manager at Heritage-WTI Inc., where he worked until his retirement this past April.

Parkes and his wife Marilyn reside at Guilford Lake and have two sons, Michael (Columbus) and Matthew (East Liverpool), and two grandchildren, Charlotte and Samuel. McCord began his Kent State academic career at the Salem campus, which was then housed in the former Bliss Manufacturing office building in Salem.  He earned two degrees from Kent State: the first was a bachelor of arts in political science completed in 1971, followed in 1973 by a master of education degree with an emphasis in special education .  He also attended the San Francisco Theological Seminary through a Rockefeller Grant. A native of Summitville and a graduate of Southern Local High School, McCord is co-owner of Whitaker-Myers Insurance Group in Wooster, where he also served as chairman of the board and chief executive officer. He has more than 36 years of experience in the insurance industry and holds the Chartered Property and Casualty Underwriter (CPCU) professional designation from the Insurance Institute of America. Whitaker-Myers is a full service independent insurance agency with offices in Wooster, Ashland and Mansfield. It has grown to become one of Ohio’s top 40 privately owned independent insurance agencies with clients that range from homeowners and small businesses to well-known national organizations.

McCord also volunteered as an assistant Scoutmaster for Troop 71 in Wooster, and served on the board of trustees for the Viola Startzman Free Clinic and the YMCA of Wooster.

McCord and his wife Laura, who is a 1974 Kent State graduate, now live in Wooster and are the parents of Andrew (Houston), Jordan (New York City) and Alex (Columbus). 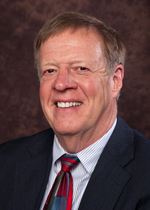 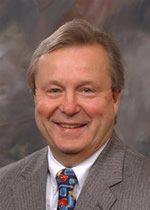