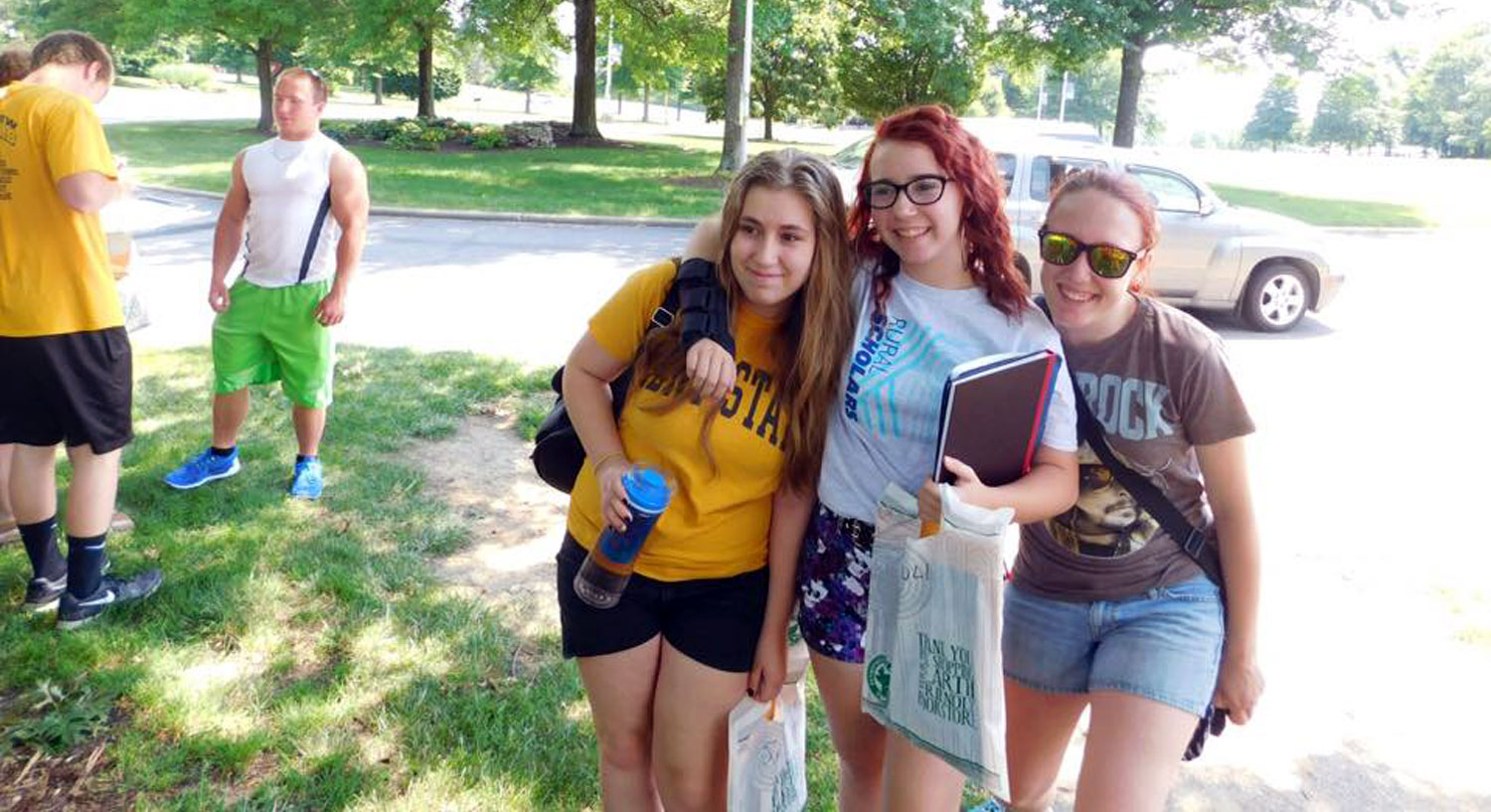 Over summer break, it’s not unusual to hear of kids heading off to camp.

For a group of 15 Rural Scholars, however, heading off to camp did not mean heading into the great outdoors to sleep in cabins or tents. Instead, they headed to Kent State University’s Kent Campus where they spent a week in dorm rooms and living the life of college students.

The students, all sophomores and juniors in area high schools, participated in the Rural Scholar’s College Bootcamp. This was the first year for the camp and was designed to help the scholars better understand what to expect when they transition into their college careers.

“When these students began the Rural Scholars program, they were seventh and eighth graders, trying to get ready for high school,” noted Wendy Pfrenger, director of the program. “Over the last four years, they have been encouraged to think beyond high school, to think beyond college and to think about careers, while understanding the steps they need to take to achieve their goals.

“For this group of scholars, college is that next step,” she continued, “and we want to help prepare them for life on a college campus.”

Aside from living on campus in the dorms and eating on a meal plan, the students attended mini-college courses in biology, composition, math and First Year Experience. They also toured the May 4th Visitors Center, enjoyed a talk with President Beverly Warren, and met with representatives from Student Activities and the LGBTQ Center.

At the Culture Café, they ate food from several other countries and participated in small-group discussions with scholars from China, Iraq, Senegal and Turkey.

The scholars did get to experience a bit of a typical summer camp by kayaking with Crooked River Adventures and rock climbing at the Student Rec Center.

Rural Scholar mentors also participated in the bootcamp; two spent the week as RAs in the dorm, while others volunteered with various activities. The mentors are all Kent State students from the Columbiana County Campuses who work with the scholars throughout the year.

Reactions from some of the scholars:

"I liked learning the basics before we go into college so we aren't so confused."

"It made me more hopeful because I learned that I can become a great graphic designer and get a job just by practicing every day."

"It has pushed me towards striving for the honors college for more scholarship chances."

"It has made me really want to come to college and, now, I know I could live on a big campus."

Salem BSN Students Suit Up for Start of Nursing Careers

Kent State at Salem held its inaugural White Coat Ceremony for students in the Bachelor of Science in Nursing program, signifying a rite of passage as they transition into the nursing field.

The 20 sophomore BSN students each received a white coat that will help establish their “professional identity” and coincides with the beginning of their clinical training.

In the southwest corner of South Dakota, on the Nebraska border and at the southern end of the Badlands, sits the Pine Ridge Indian Reservation. It is home to the Ogalala Lakota Nation.

This fall, faculty and students from the Bachelor of Science in Nursing program at Kent State Salem traveled to the reservation in what has become an almost annual excursion. The COVID-19 pandemic put a halt to the trips over the last three years, which made this return visit quite significant for members of the group.

Until the final seconds of the contest, the winner of the seventh annual Kent State Columbiana County Classic basketball game between East Liverpool and Salem high schools was anyone’s guess.