Wall of Fame Honors Banquet to be Held May 3

Eardley, a 1985 graduate, and Miller, who graduated in 1965, will each be awarded the Lifetime Achievement Award for their professional accomplishments and community involvement. 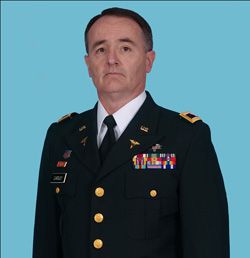 Eardley is a decorated military veteran who has served his country since 1988. He used the skills he gained at Kent State to care for fellow military men in various nursing administrative positions over the last 25 years.

Miller is the owner and one of two partners at Miller, Stacey & Associates Inc. Miller has owned the business for 43 years. He specializes in accounting, payroll service, tax service and business consulting. Miller is extremely involved in the community, serving on the Chamber of Commerce board, East Liverpool Rotary and as the chairman of the East Liverpool City Hospital board of trustees.

Kent State East Liverpool also announces the recipients of the Friends of the Campus Award, who served as long-term advocates for increasing higher education access to area residents.

Thomas V. Rutledge of Carrolton is also being recognized as a Friend of the Campus. He served as assistant professor in Kent State East Liverpool's physical therapy assistant program and, as a passionate educator, Rutledge challenged students to become both outstanding healthcare professionals and community leaders.   He provided countless opportunities to students to practice their skills in the classroom and throughout the region.  Rutledge also demonstrated Kent State East Liverpool's concern for the community by initiating programs and scholarships that highlighted both scholastic excellence and good citizenship.

Kent State East Liverpool faculty and staff will also celebrate the academic achievements of their students. These individuals will be recognized for scholarly excellence and service to the East Liverpool community. In addition, the campus will continue its tradition of presenting the Faculty and Staff Wall of Fame and the Dr. Joan D. Gailey Memorial Scholarships.